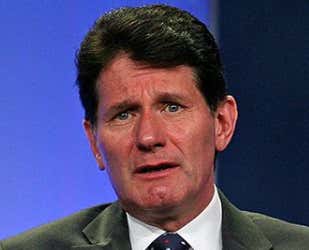 Source –  John Moody, who is also Fox News’ executive vice president, said that “unless it’s changed overnight, the motto of the Olympics, since 1894, has been ‘Faster, Higher, Stronger. It appears the U.S. Olympic Committee would like to change that to ‘Darker, Gayer, Different.’ If your goal is to win medals. That won’t work.”

As Moody’s proposed new motto suggests, his Fox News editorial also focuses on the colour of US athletes’ skin. The headline announces this by stating: “In Olympics, let’s focus on the winner of the race – not the race of the winner”.

Moody berates Jason Thompson, the US Olympic Committee’s director of diversity and inclusion, who this week praised the diverse nature of US athletes travelling to PyeongChang. “A USOC official was quoted this week expressing pride (what else?) about taking the most diverse U.S. squad ever to the Winter Olympics,” he writes. “That was followed by a, frankly, embarrassing laundry list of how many African-Americans, Asians and openly gay athletes are on this year’s U.S. team. No sport that we are aware of awards points – or medals – for skin color or sexual orientation.”

First, the facts: of the 2952 athletes competing in this year’s Olympic games only thirteen are *openly gay. That’s 0.004 percent. Of those thirteen, three of them are from the United States: Brittany Bowe, Gus Kenworthy, and Adam Rippon.

The obvious choice here would be for me to go scorched earth on John for his wildly bigoted and homophobic statements, but I’m not going to do that. Instead I’m going to politely disagree and take the opposite stance. The Olympics aren’t too gay, they’re not gay enough.

Think about it, every time one of these queens opens their mouth it’s (Riggs voice) ELECTRIC. Take Adam Rippon for example, did you see his post performance interview last night?

I fell in love so hard I almost got his name tattooed on my neck. The rest of America did too; there were literally eighty-thousand tweets about it when I woke up this morning. Every hour there’s a new Adam Rippon headline. 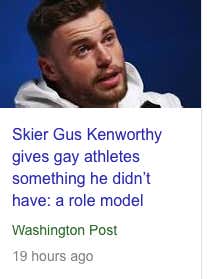 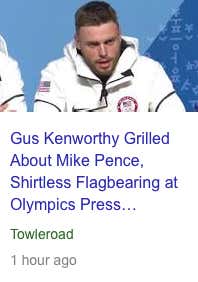 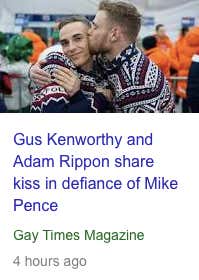 These two are generating more publicity for the Olympic games than any other athlete on the planet. You’d think that a businessman like John would understand the monetary importance of PR but apparently not. Instead of focusing on the positive impact and messaging being created by out Olympians, John is fixated on the idea that they’re being awarded for their sexuality.

“That was followed by a, frankly, embarrassing laundry list of how many African-Americans, Asians and openly gay athletes are on this year’s U.S. team. No sport that we are aware of awards points – or medals – for skin color or sexual orientation,”

It’s a bizarre move. Luckily, their voices are louder than Mr. Moody’s and they’re using their platform to spread a message of acceptance and inclusivity. All the while being  funny and not taking themselves too seriously. Which is so important when talking about ‘hot button’ issues.

Next, you have the quality of the show. No one puts on a performance like an LGBT person. Between the pageantry, the costumes, and the drama it’s like we were made for the Olympics. Can you imagine watching an all-straight figure skating competition? Yuck. Nobody would ever tune in. The only reason a lot of people do turn in is because of the commentary, done by very gay announcer, Johnny Weir. Who most of the time is more exciting than the actual performance.

His entire argument is based on the fact that gay people won’t win our country any medals. John, here’s the medal count so far. 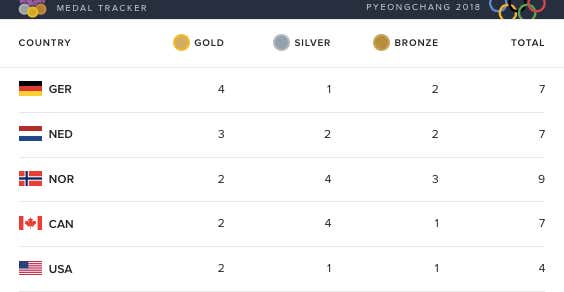 We’re fifth out of ninety-two and it’s only day four, you fucking idiot. And that’s not counting the medals that Brittany and Gus will be adding to the count in the coming days. Part of me feels bad for guys like John because he’s so unintelligent that he actually believes the stuff he says. He’s someone who’s most likely made it to where he is simply by being where he was. Fox has since taken down the column although there’s no word on whether or not further action will be taken. It’d be nice if they let him keep writing so we can watch him destroy his career. People like him deserve to crash and burn.