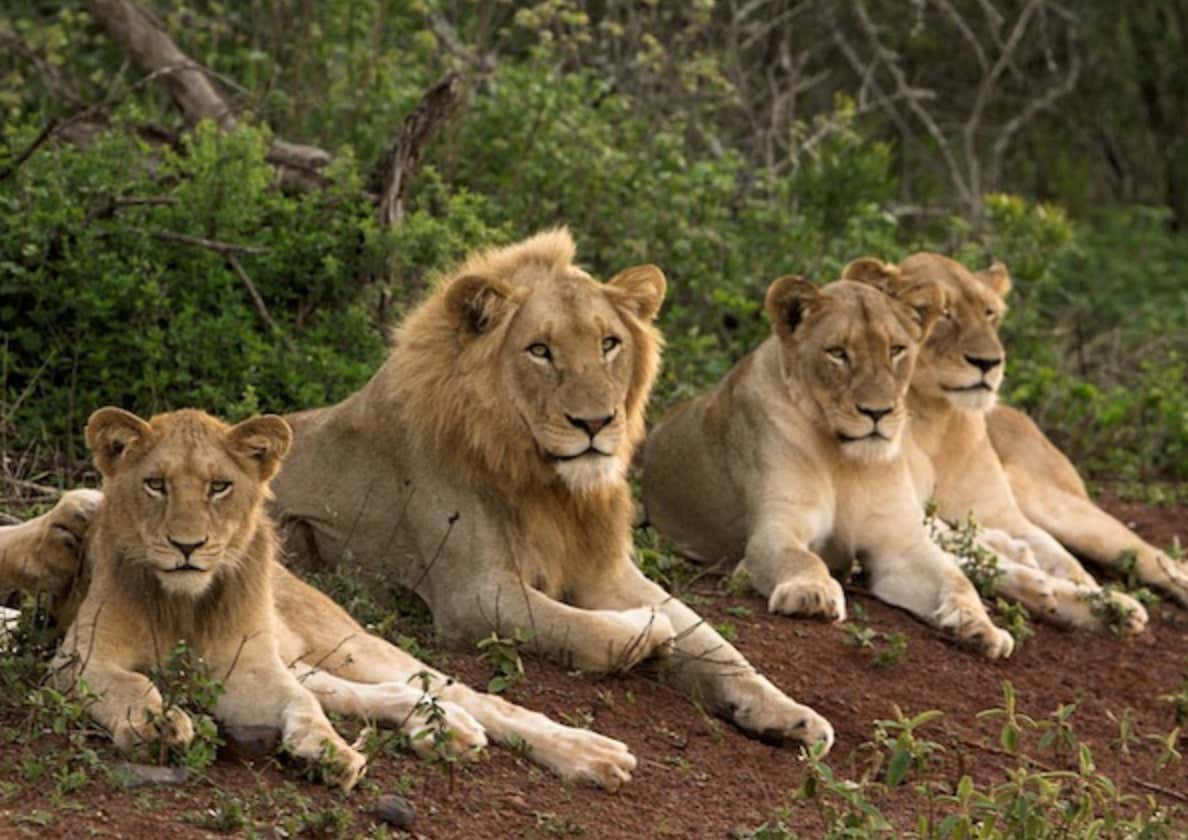 Standard- Police are investigating if a man killed and eaten by a pride of lions at a private game reserve in South Africa was a poacher who had been hunting big cats.  His screams for help raised the alarm but the lions quickly killed the man and devoured most of his body before being chased off. The head was left untouched and is the only means available to police of identifying the man who was carrying no documents. It comes just months after poacher Luteni Muhararukua was charged and killed by a rhino he was hunting for its horn in nearby Namibia. At first police thought the dead man was a tractor driver who worked at the game reserve but when he turned up alive realised it may be a poacher. A hunting rifle was found close to what was left of the blood drenched body which police believe belonged to the victim of the lions. Police in Limpopo have called in the Department of Home Affairs to help them to try to find out who the dead man is.

Oh fuck yes. My title might seem insensitive but this is an “everybody wins” situation. Trust me. People who hate poachers win because now there’s one less poacher walking the earth. I fall into this category. It’s no different than rooting for the bull at bull fights. If you willingly put yourself in a scenario where it’s you vs a wild and dangerous animal for sport, I’m rooting for the animal 100 times out of 100. The lions obviously win because they got to eat dinner.  Furthermore they got to rip apart the flesh of living thing that wanted them dead. That’s gotta feel good.

Which brings us to the poachers and big game hunters. It might seem hard to find their W in all this but that’s why I’m here. It’s quite simple actually. Potentially dying while hunting big game is exactly the point of big game hunting. It’s why rich folks pay ungodly sums of money to do it. If you watch Westworld, there’s a scene at the end of season 1 where Ed Harris’ character gets shot and wounded by one of the robots (a thing that isn’t supposed to happen). The face he makes is one of pure excitement. Cause the robots can now fight back. That’s precisely the feeling of every big game hunter after reading this story about a guy getting killed and eaten by lions. It’s zero fun if the hunters always win. A guy getting killed gives the hunting stakes. The highest stakes possible. If it takes one hunter to fall to create those stakes, so be it. I guarantee that’s how the other hunters feel. Like I said, everybody wins.