It all began with this tweet at 12:13am on December 4, 2014. A nice young lady, Torey, wanted to go on a date with a nice young man, Ben. Not to disappoint, Ben, the nice man, engaged in conversation with young Torey: 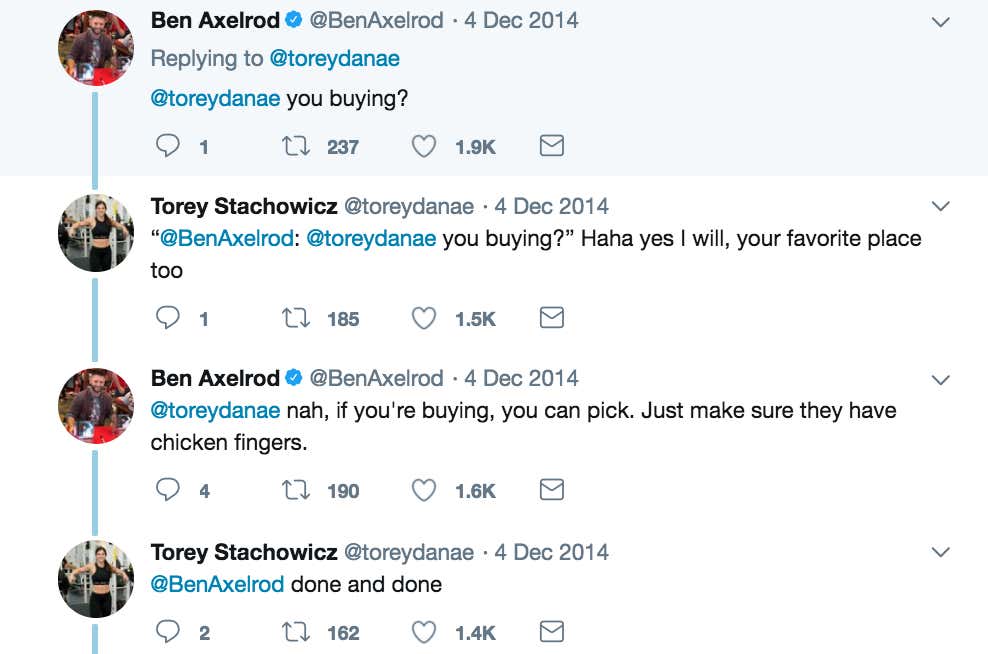 Well that was December 4th, 2014. Did Torey get her date? Did Ben eat chicken fingers? Or was it just two ships in the night, passing one another on the interwebs, never to meet and discuss the Cleveland Cavaliers, pro wrestling, and the Ohio State University.

Well, 4 years later, we got our answer:

Just goes to show you, my friends, always shoot your shot. Girls too! What’s the worst that happens? They say no, and you’re exactly back where you started. But maybe…maybe they say yes. And then you get to send out this tweet:

What a fucking story. Congrats to Torey and Ben. Especially Torey though, as we know every young girl’s dream is to grow up and meet a wrestling fan on Twitter. To which I say to the rest of the world…sup?