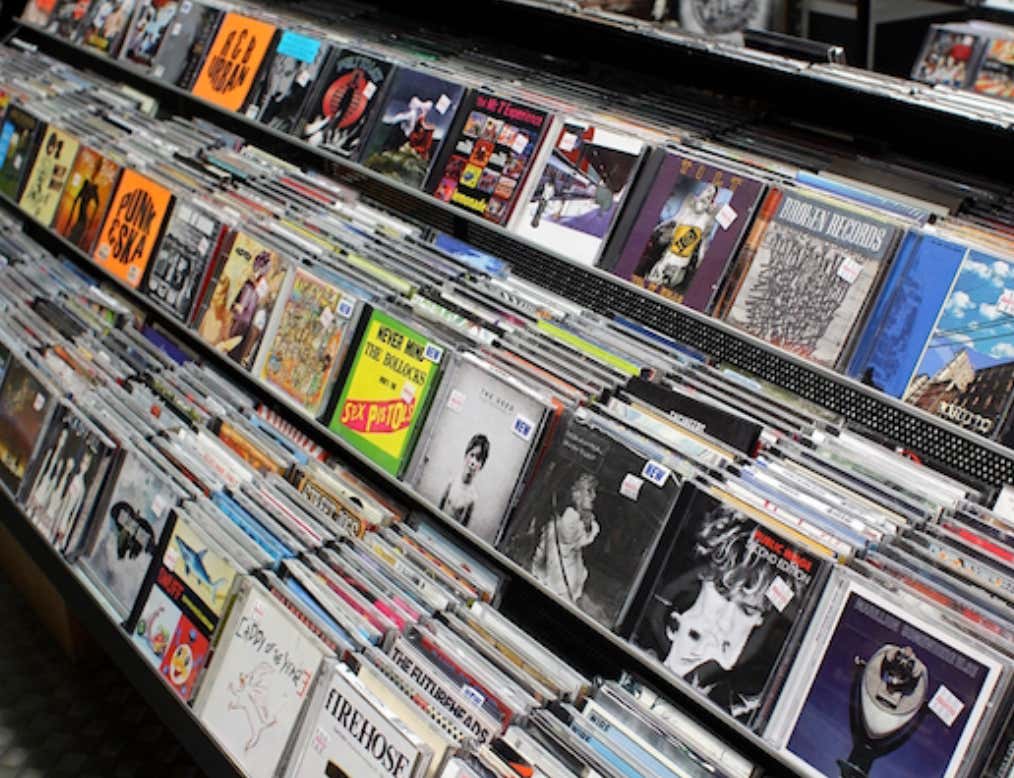 I’ve always had a fondness for CDs. Not just CDs, I guess, but for possessing the physical copy of music, a movie, a book, etc. There’s just something I enjoy about owning it, as opposed to it just existing in the tubes and wires and the cloud or whatever the internet is. I think we moved away from DVDs too early, because there’s not one set place where you can get all the movies (Netflix is close, but they have far from all the movies, I mean The Big Short was randomly taken off last month, what the fuck?). Books…well, I don’t read anymore. I used to read. I like the idea of reading. I’d like to start reading again. But I never have taken the jump to get back into it. Maybe I’ll add it to my new year’s resolutions list, we’ll see. Which leaves us with music.

Going to Best Buy, or Sam Goody, or Target to buy a CD used to be an awesome trip. Sometimes you’d go in wanting one, and leave with a few. Waiting for that Tuesday when you knew the new CD was going to drop and then getting a ride to go get it, and then in high school driving yourself to go get it, was one of my favorite things.

And then the internet took over. First, slowly. Burning CDs from Napster/Kaaza was great. But even with those amazing inventions that I hold fondly like a dearly passed grandma (RIP), I was still buying CDs for a while, loading them into iTunes, and then putting them on my iPod. Then it transitioned to downloading straight from iTunes. And now? I’m all Spotify, all the time. I succumbed. Didn’t even buy Taylor’s latest. Sad, I know, but I didn’t see the point. My MacBook doesn’t even have a CD slot to allow me to load it onto my computer. I could possess it as a memorabilia, but I’m trying not to be a hoarder. Besides, I still have plenty of CDs that I can’t get rid of.

And now, the CD industry is going the way of cassette tapes.

Billboard - Best Buy has just told music suppliers that it will pull CDs from its stores come July 1. At one point, Best Buy was the most powerful music merchandiser in the U.S., but nowadays it’s a shadow of its former self, with a reduced and shoddy offering of CDs. Sources suggest that the company’s CD business is nowadays only generating about $40 million annually. While it says it’s planning to pull out CDs, Best Buy will continue to carry vinyl for the next two years, keeping a commitment it made to vendors. The vinyl will now be merchandised with the turntables, sources suggest.

Meanwhile, sources say that Target has demanded to music suppliers that it wants to be sold on what amounts to a consignment basis. Currently, Target takes the inventory risk by agreeing to pay for any goods it is shipped within 60 days, and must pay to ship back unsold CDs for credit. With consignment, the inventory risk shifts back to the labels.

Let’s pour one out for CDs real quick.

As a big advocate of companies adjusting and adapting to the future that we’re currently living in, I don’t hate them for making this move, but it saddens me that I’m now too old for CDs. The kids these days don’t even know what they are. CDs are up there in heaven with the floppy disk and VHS now. Never wanted this day to come. Let’s pour another one out.

But at least I’ll always have this.