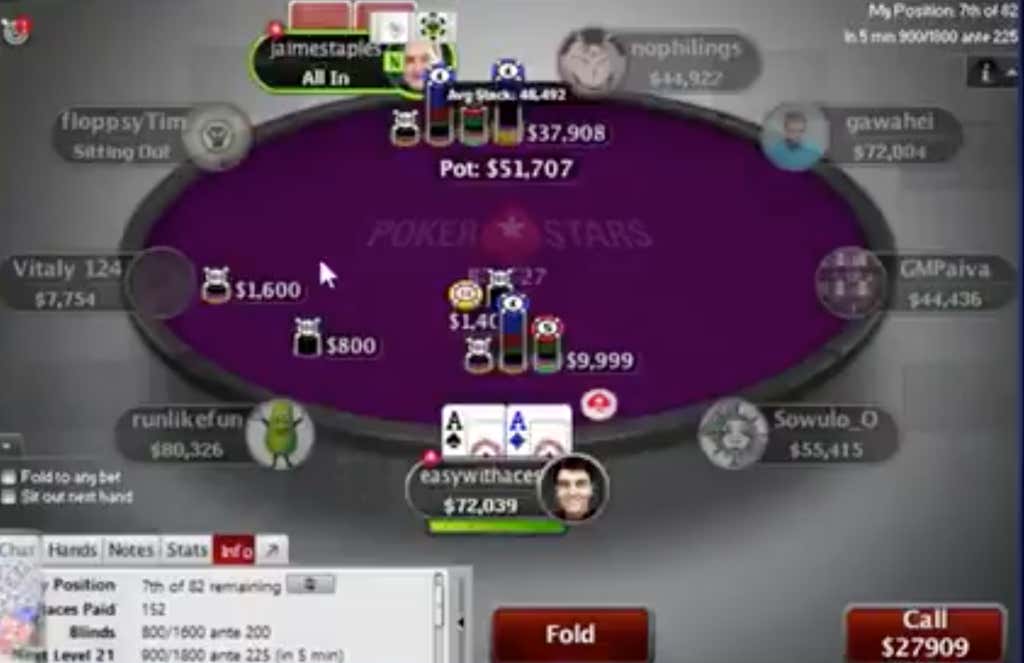 The slow roll is a beautiful thing. When used correctly, you can put your opponent on massive, massive tilt. Sitting there hemming and hawing, acting like you have a decision to make when you really have the blade, is one of the most devious feelings in the world. Knowing you have your opponent beat and there’s nothing they can do about it. Ideally, a slow roll is used as gamesmanship. Like against a friend you are fucking with, while it’s dirty, it’s good for a laugh at the end of the day. Other times it’s used viciously, to really stick it to an opponent you don’t like and you want them to feel maximum amounts of pain. They think you are going to fold, and then you flip over the nuts right in their face. It’s brutally mean. Sometimes, a slow roll can be some of the best TV possible, like when 96 year old Jack Ury did it

Which brings us to the Twitch stream.

Being able to see a beautifully played slow roll like that from both sides, since both guys are Twitch streamers, is so perfect. Jamie knew it was coming, but he was holding out hope it wasn’t so. All he can do is tip his cap, well played by EasyWithAces. And the cherry on top was he was rewarded the very next hand with pocket kings. No such thing as karma, especially in poker, that’s for sure.