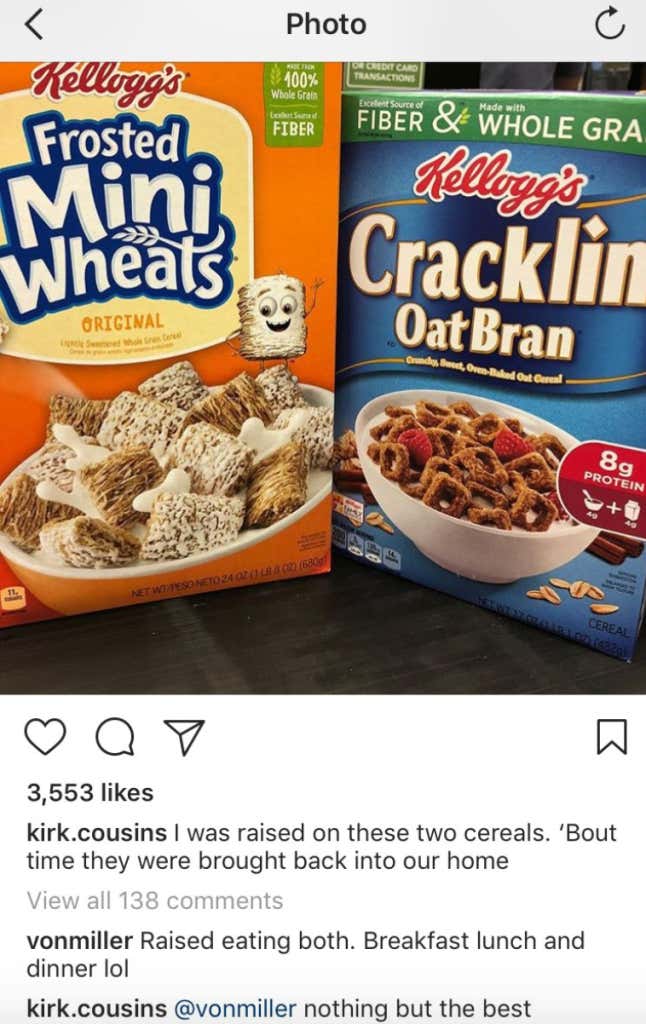 Look at Von getting thirsty in the Instagram comments! “I too, like cereal”, he comments, hands shaking, hoping Kirk sees what he writes.

It’s no secret that Denver both needs a QB, and that Von Miller wants that QB to be Kirk Cousins. He has not shied away from his very open crush on the QB, saying:

CBS - Miller’s feelings haven’t changed; on Wednesday he told “The Dan Patrick Show” that “[Kirk] knows exactly how I feel about Kirk Cousins and what he’d mean to our team. And what he would mean to a lot of other teams. He’s the hot quarterback on the market right now. … Yeah, we need Kirk. We need Kirk. I’d like to have Kirk.

He wants to play it cool, but he just can’t stop gushing about him:

He even offered him a place to stay in Denver.

I don’t know if anyone in the world is thirstier than Von Miller is for Kirk Cousins. Pretty sure he has “VM+KC 4 Ever” doodled on all his binders and folders at this point. Definitely added Kirk’s initials to his AIM profile, and is calling to see if he can have a sleepover tomorrow because his mom said it’s ok. Wouldn’t be shocked if later today Von tweeted out a picture of himself listening to a Creed CD while wearing a MAGA hat, captioned “I love Jesus and Michigan State, go Spartans!” 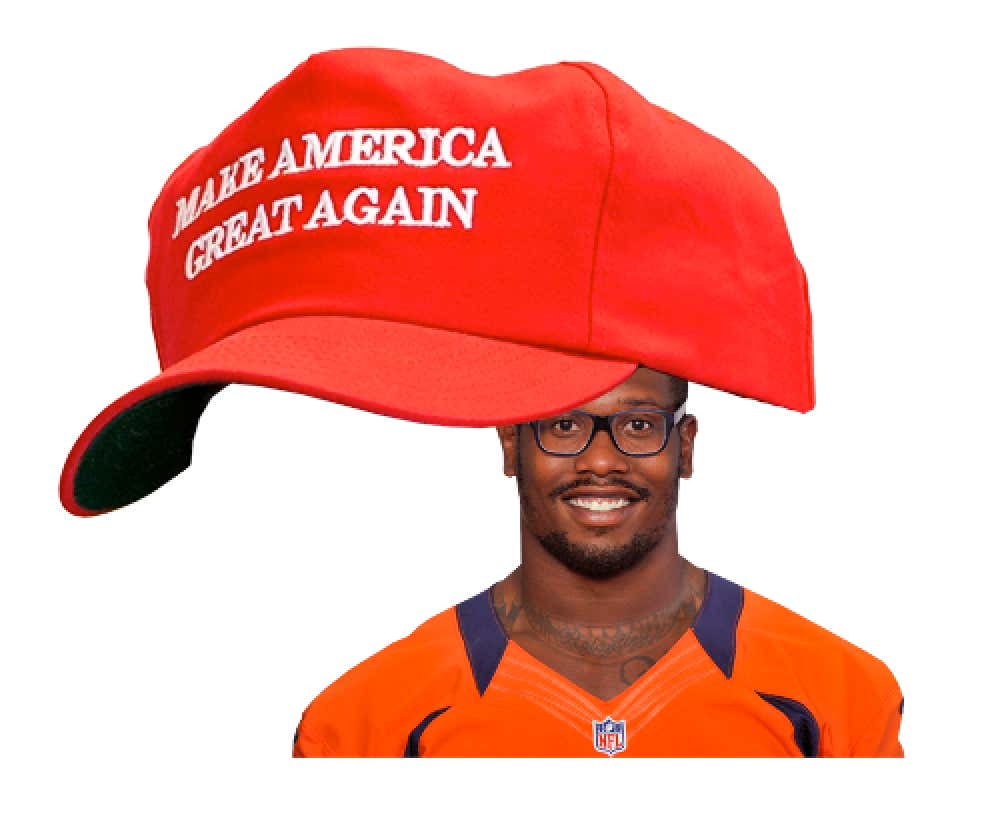