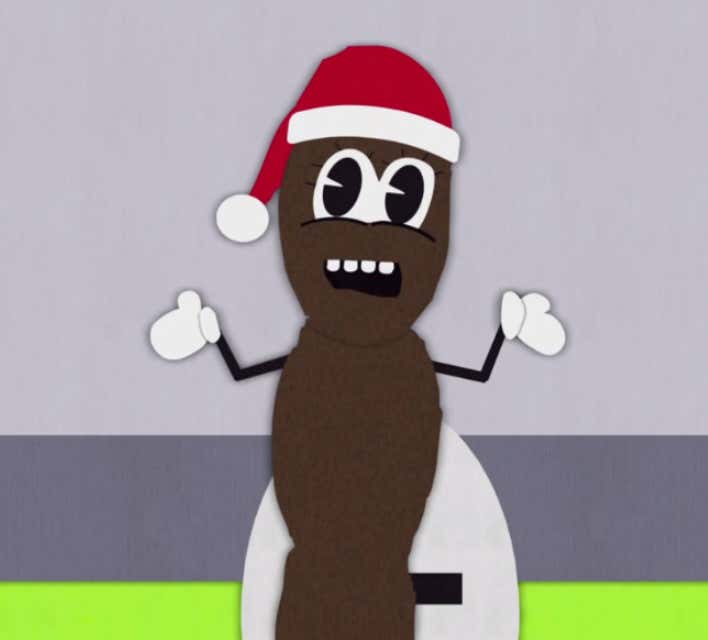 Telegraph - A gangster has gone three weeks without a bowel movement in an alleged attempt to stop police finding drugs he swallowed.

The man was arrested in Harlow, Essex, on January 17, and is charged with two counts of possessing class A drugs with intent to supply.

He is accused of swallowing a drugs stash, and is being kept in custody.

Officers have been tweeting updates of what they have described as “poo watch”.

Police said they would continue to apply to court for custody extensions until the man goes for a poo.

The unit said that  Wednesday  was day 21 “for our man on #poowatch”, adding: “Still no movements/items to report, he will remain with us until  Friday  when we are back at court where we will be requesting a further eight days should he not produce anything before that hearing.”

They earlier wrote: “Male doesn’t seem to understand that eventually he will need/have to go.”

Officers said the man was being seen daily by doctors and constantly watched, adding: “This is his own choice and so far his health is fine.” 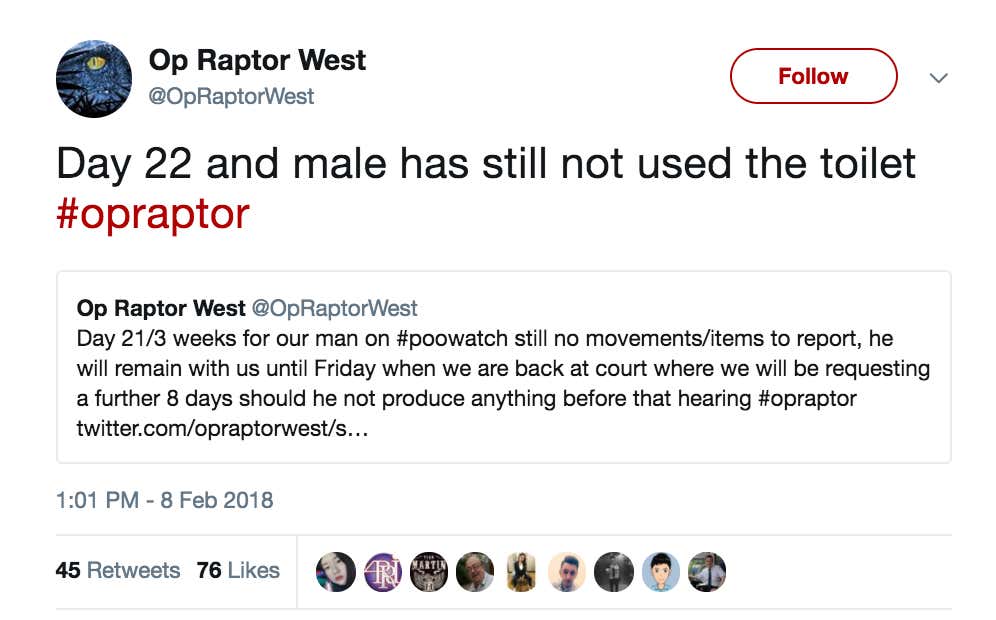 This is an incredible story. I love the moxie of this guy. He will die of constipation and terrible stomach pains before he poops out the drugs he swallowed. Would rather stay in jail holding his shit in for life than take a dump and let the cops win. They know he has the drugs in him. They think they can just wait him out, but I don’t know if they can. Once you go 3 weeks without poppin a squat, anything is possible. He’s over the hump and home clear. He might never poop again. They’re going to have to have him bong a coffee and prune juice cocktail and wash it down with some Busch Lights if they want a chance of him poo’ing out the goods.

I think if he makes it a month without shitting, he’s home free. Just kinda how I feel the law should work. If you have such conviction and self control that you can withstand from shitting for an entire month, you win. You beat the system. And plus, that sounds like punishment enough. I can’t imagine the pain of holding it in for a month. You learn your lesson real quick that way. Realllll quick.