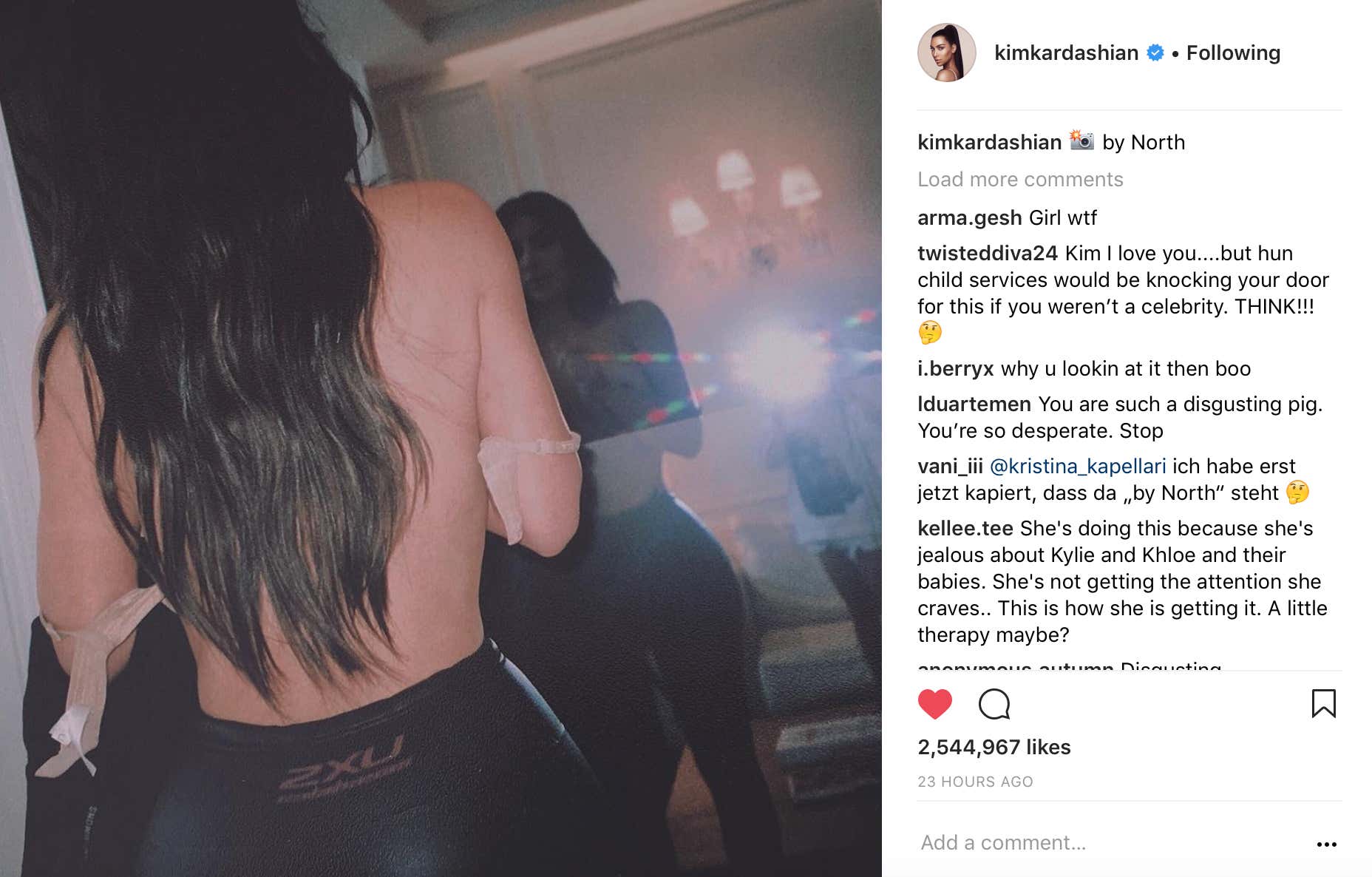 Wait what? The internet and its outrage can be so so so stupid sometimes. Are people seriously pissed about this? Grow up. The game is the game. Lemme say that again. The game is the game is the game is the game. Instagram stops for no one. Kim Kardashian didn’t become queen of the world by following the rules. The crazy part is people expect Kim K to follow the normal rules of being a parent. Those people are idiots. Nothing about the Kardashian clan is normal. That’s why they’re gazillionaires. Everyone calls them talentless hacks but there are literally millions of Instagram models who wanna be the Kardashians but can’t because they’re not willing to go as far. I mean the whole family got their start cause of a sex tape. You wanna be a reality mega reality star? Put out a sex tape. You wanna be a mega reality star? Have your 4-year-old daughter take a topless picture of you. If you’re not willing to do those things then get the fuck out the way. The grind never stops.

The best part about this is Kim K didn’t even try to hide it. It wasn’t like she secretly had North take the picture and then people hit her with the “gotcha!” cause they saw North in the reflection.

The caption is literally here going photo credit to North

Kim K doesn’t give a fuck. The backlash she’s getting hit with right now is just gonna fuel the Kardashian empire even more. Controversy is the best for business. Cause 99.9% people have already stopped caring about this and Kim K’s make up is gonna keep flying off the shelves. Nobody cares about Kim K having her daughter snap a topless picture of her. Nobody actually cares about anything. They just pretend to until the next thing pops up.