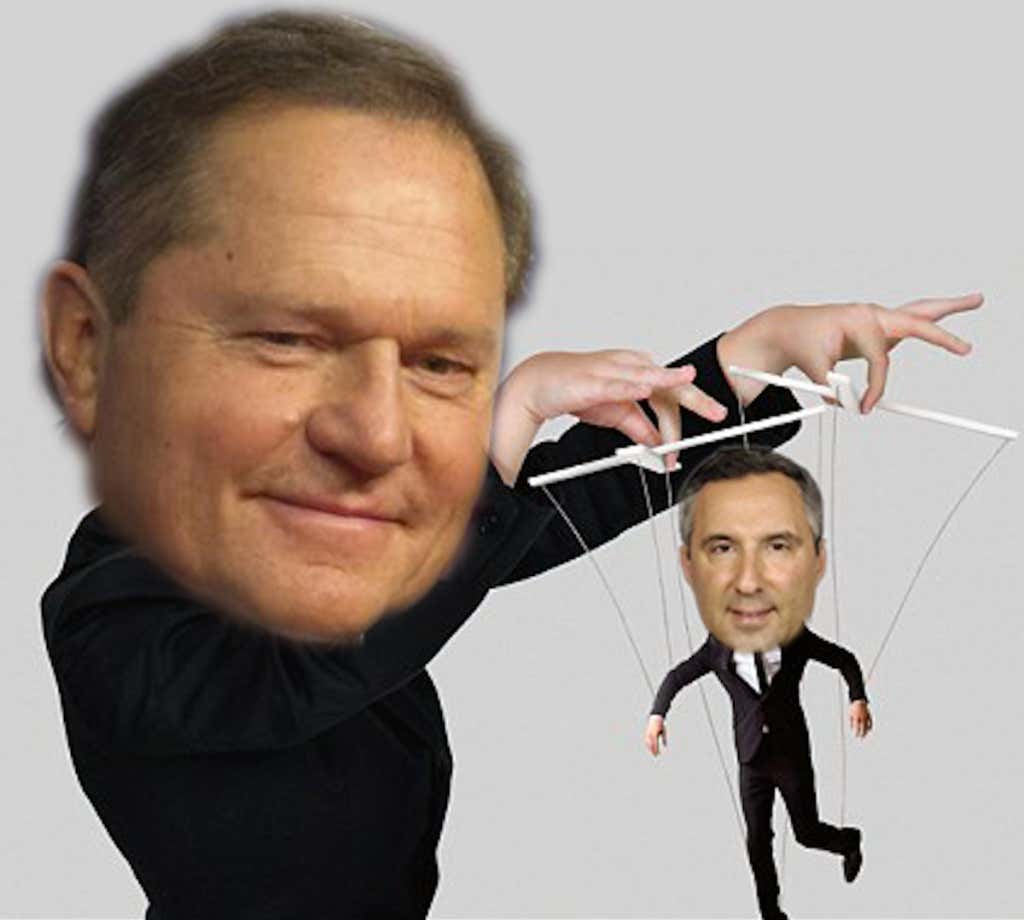 I didn’t realize how many baseball fans were unaware that Jon Heyman is notorious for being a mouthpiece for Scott Boras until this past offseason when there were multiple Boras clients up for grabs in free agency. It’s long been speculated, because Heyman makes it so damn obvious, that Boras filters his agendas through Heyman to manipulate public perception via the media, which in turn creates more favorable scenarios for him and his clients during contract negotiations.

By now, you’re probably well aware that the Red Sox have been in pursuit of free agent outfielder, JD Martinez, all offseason. The latest is that Boston has offered Martinez a five-year deal worth $125 million. Bob Nightengale reported earlier this week that the only other offer that Martinez has is a one-year contract from the Arizona Diamondbacks. Boras predictably denied the report, and then not so shockingly, Heyman reported the following:

Although the Boston Red Sox have been seen as the main competitor to the Arizona Diamondbacks in the J.D. Martinez derby, for now the bigger threat could be a holdout (or at least a decision by Martinez to remain unsigned). With two teams believed to be at very similar levels – word is, both have signaled a willingness to go to five years at more than $100 million (how much more isn’t known), and agent Scott Boras says an earlier report of Arizona only offering a one-year deal is “not accurate” – and a belief and resolve in his position, Martinez has told people close to him that he intends to remain unsigned unless something changes.

Kind of buried the lede a little bit there, Jon, no? If you were to write that the Red Sox were willing to go five years and at least $100 million for Martinez, then that would warrant sort of a “no shit” type of response. But if the story is that the Diamondbacks are also willing to go at least $100 million over five years for Martinez, well then that’s a big story, is it not? Here we all are, thinking that the Red Sox have made far and away the best offer to Martinez, but then here the Dbacks are, willing and able to make an offer that’s similar to Boston’s?

Well, at least that’s what Scott Boras and his mouthpiece Jon Heyman want you to think.

For those who aren’t familiar with John Gambadoro, he’s a radio host in Arizona who has a really good track record when it comes to breaking news.

Give it up, Scott. Five years, $125 million from the Red Sox is the best offer you’ve got, and it ain’t close. We all know and respect your track record of taking your top free agents right up to spring training if necessary to get the deal that you promised your client, but times have changed. Teams are smarter now. Teams have hired nerds, and those nerds have strongly advised against the deals that you’ve gotten for your clients in the past.

There will be no more swindling of old, uninformed owners anymore. The era of advanced statistics infiltrating major league front offices is upon us, which means one thing and one thing only — you don’t get to win anymore. There is no, “Wow, Scott Boras did it again” anymore. There wasn’t a single contract north of five years handed out to a free agent last winter, and it would seem as though that trend is going to continue again this offseason.

Shame on teams for not wanting to hamper themselves with bad contracts anymore. It’s not about rooting for wealthy owners to save their money, or rooting against players who are trying to be compensated fairly. It’s about being smart about fairly compensating these players, while also doing what’s best for the team down the road. An average annual value of $25 million over five years isn’t exactly fucking a player over.

A five-year deal for Martinez would take him up to his age-34 season. A player’s peak years are their age-25 through age-29 seasons. Martinez is already 30. By age-30, a player has already begun their decline, despite still being able to perform at a high level at that point. But you can see here, the curve of players’ ballpark adjusted OPS+ from 1901 through 2011 that it would be ill-advised to commit to a position player past their age-34-35 seasons in any long term deal. 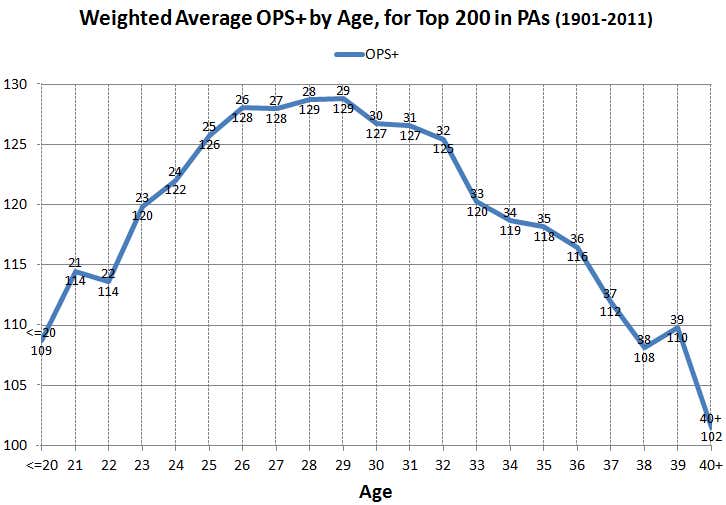 This is all information that teams are weighing heavily now that they didn’t give two shits about five years ago. So, like I’ve been saying all week about the report that Martinez was fed up with the Red Sox over how these negotiations have gone — don’t get mad at the Red Sox for getting smarter, get mad at Boras for throwing an unrealistic number out there for what he thought he’d be able to fetch for you.

Oh, and Scott, please stop making shit up to feed to Heyman. It’s sad now. I don’t know if you’ve noticed, but the tactics that you’ve been using in an attempt to bully the Red Sox into upping their offer haven’t worked. Like, at all. Dave Dombrowski is a lot of things, but he ain’t stupid. He’s not going to outbid himself when he knows that Boston’s offer of five years, $125 million isn’t just the best offer you have, it’s the only competitive offer you have. See you at spring training, JD. Bring that smile.