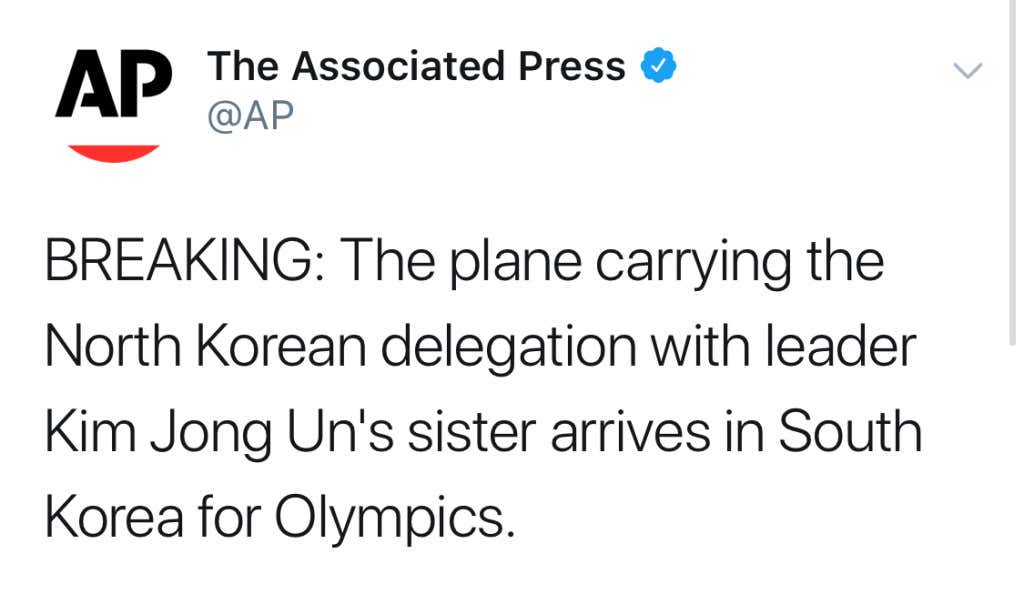 What the fuck, AP? Aren’t you guys supposed to have some kind of journalistic integrity or something? Actually I’m not sure what that even means because I’ve never even thought of being a journalist. But throwing a Breaking, let alone a BREAKING in front of a tweet with the words plane, North Korea, and Kim Jon Un in it are as diabolical as it gets. Two phrases that should never get thrown around lightly in a civilized society are “Breaking” and “Must Watch”. And if you go all CAPS “BREAKING” with those 3 words in the tweet, that plane better at the very least have ghosted like Derrick Rose and every news site on the planet should have the story at the top of their website with red letters and/or a red banner.

I’ll admit part of the reason my brain was put into a blender is because I saw this tweet after waking up following a 3 hour slumber because I passed out putting my kid to sleep for like the 8 millionth time. I woke up, instinctively opened Twitter because I am a fucking junkie, and the first thing I thought I saw was that the world as we knew it had instantly changed. Nope! Just some dude with a bad haircut’s sister made it to South Korea in time to watch people parade into a stadium before playing sports in the snow.

Lets go through my emotions as I read that tweet while wiping the coal out my eyes.

No real news. No breaking news. And sure as shit no BREAKING news. Just 126 characters of nothingness. The Twitter equivalent of eating celery. And as the fastest rising political blogger here at Barstool, I find that unacceptable.

Meanwhile, I can guarantee you this is what those fucking nerds at the AP looked like after sending that tweet.

Thanks for nothing, AP, you fucking donkeys.