Let’s throw it back to better times…..remember 2016? Signing of the Stars?! Ric Flair was there: 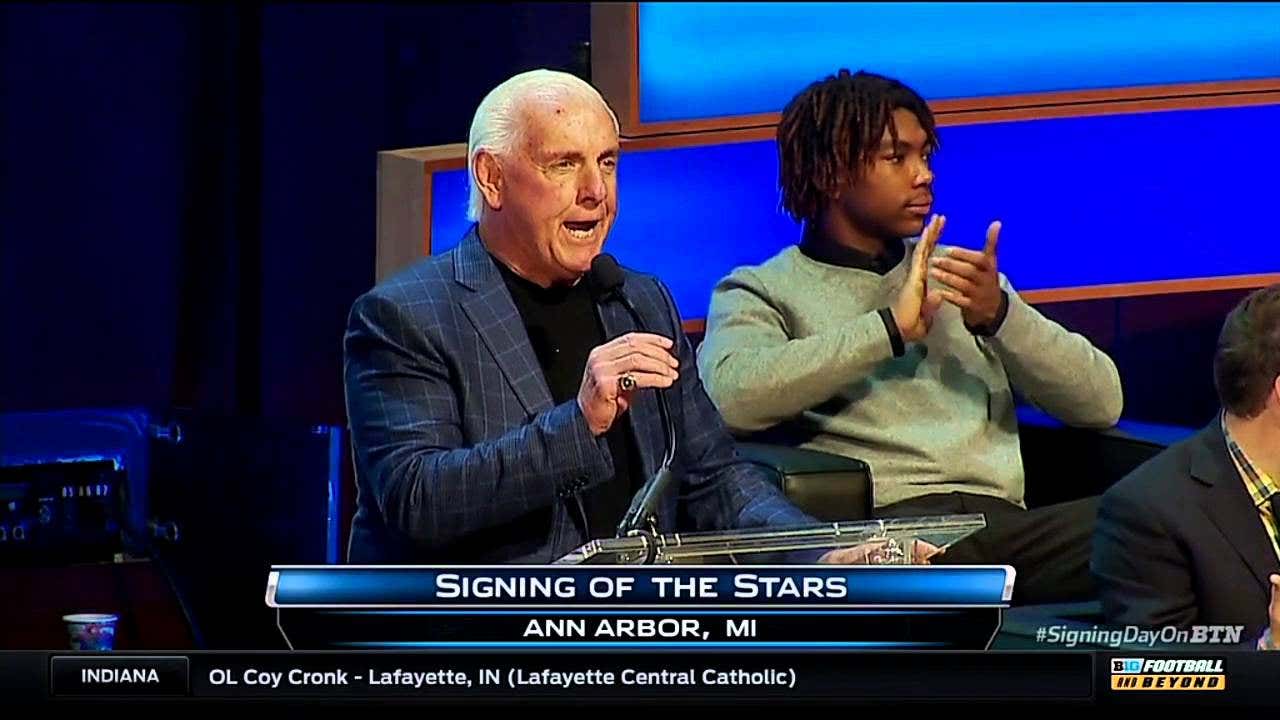 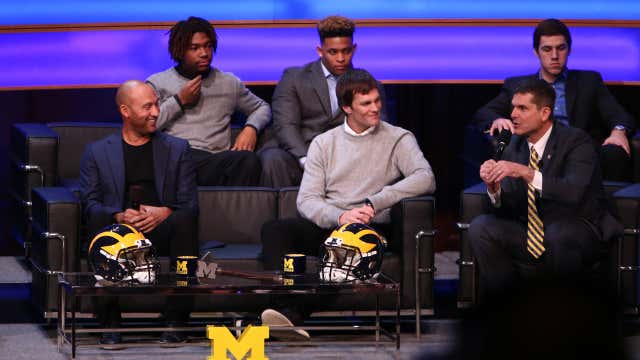 Michigan ended that recruiting cycle with 1 five-star and 13 four-star athletes. That included Quinn Nordin, the kicker that Jim Harbaugh had a sleepover with! Their final 247sports ranking? 8th.

We can even throw it back to last year….Signing of the stars happened again! 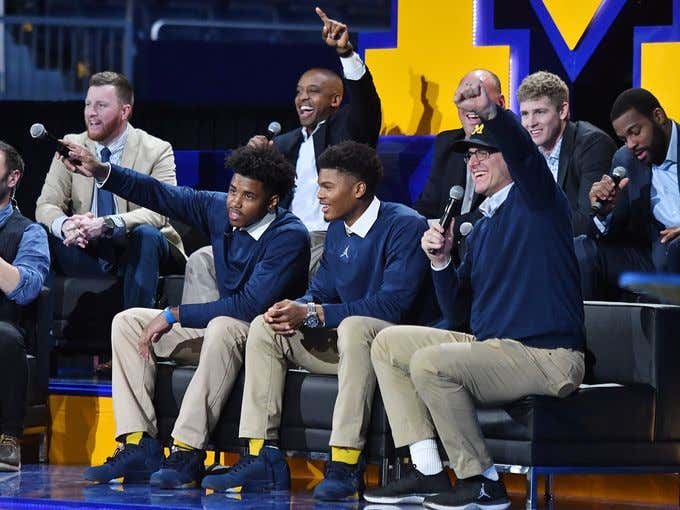 Harbaugh was rocking an all-Jordan fit, with a tin in his back pocket: 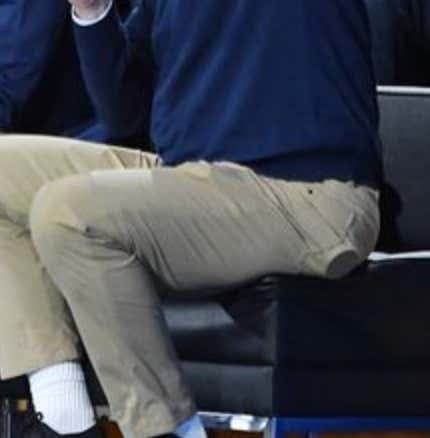 It worked….Michigan landed 2 five-star and 19 four-star athletes! The class ranked 5th in 247sports composite rankings and 3rd in 247sports rankings. Even after an impressive 2016 class, the 2017 class was even better. Progress! What could Harbaugh do in 2018 to continue the upward trend? Well….

-Finished with zero five stars. Outside of the 2015 class (which is hard to count against Michigan considering the coaching transition and how little time Harbaugh had to put together a class), this is the first time since 2012 Michigan hasn’t signed a five-star athlete.

-On 247sports composite rankings (a proprietary algorithm that compiles prospect “rankings” and “ratings” listed in the public domain by the major media recruiting services), Michigan finished 21st, behind 8 SEC teams, including Tennessee, a team with a new coach and fresh off the most embarrassing college football season in recent memory.

-Tennessee wasn’t the only team with a new coach that ranked ahead of Michigan. Florida State, Oregon, Florida, UCLA, and Texas A&M all ranked ahead of the Wolverines. Recruiting is hard, but even harder when you have to put together an impromptu class after being hired just a couple months ago. To put this in perspective, when Jim Harbaugh became the latest Michigan Man in 2015, he put together the 37th ranked class.

Combine this together with Michigan’s 8-4 record in 2017, loss to South Carolina in the Outback Bowl, and Harbaugh’s failure to place higher than 3rd in Big Ten West and beat Ohio State, you know what ya get?

It’s easy to overreact to this. Everybody writing their “has Harbaugh’s allure at Michigan worn off?” articles the past few days have a fair argument. The 2018 recruiting cycle was not a good one for Harbaugh and anyone denying that is wrong. You can give me the lazy take of “recruiting rankings are bullshit, how can you know how these players will project? Stars don’t matter! Heart does!” or name a random five-star athlete from your high school that never saw the field in college (confirmation bias!), but recruiting does win championships. Thanks to the great work by Bud Elliot at SB Nation, he has found if more than 50% of a teams scholarship players were rated 5 or 4-stars coming out of high school, then the team has a shot at winning the national title. If not, they do not, “Clemson took home the title in 2016 after signing 52 percent in the 2013-16 classes. In 2015, it was Alabama with a 77 percent mark. In 2014, it was Ohio State at 68 percent. In 2013, it was Florida State at 53. And on and on.” Alabama’s roster this year came in at 80%, while their championship foe’s, Georgia, roster was at 63%.

Last years roster consisted of 61% 5/4-star athletes for Michigan. On Wednesday, Michigan’s class became official with 19 players. Only 7 of them were 4-stars, just under 37% of the class. Michigan’s 2018 roster will most likely be above that 50% mark in 2018, but it will barely be.

Here is the thing for Harbaugh, he can solve all of this by doing one thing: win. His 2018 roster will be his best. The 2016 and 2017 recruiting classes will start to have major impacts. It is looking more and more likely that Shea Patterson, a former 5-star QB from Ole Miss, will get a waiver to be eligible for the upcoming season. Devin Bush and Rashan Gary, two All-American candidates, are back, so is 2nd-team All-Big Ten DL Chase Winovich. Everything has been gravy up to this point for Harbaugh. It’s always been about 2018. This is his put up or shut up year. If he goes 11-1, wins a Big Ten championship, and finds himself in the CFP, then this recruiting class will look like a blip on the map. If that doesn’t happen and he falls to a difficult schedule: 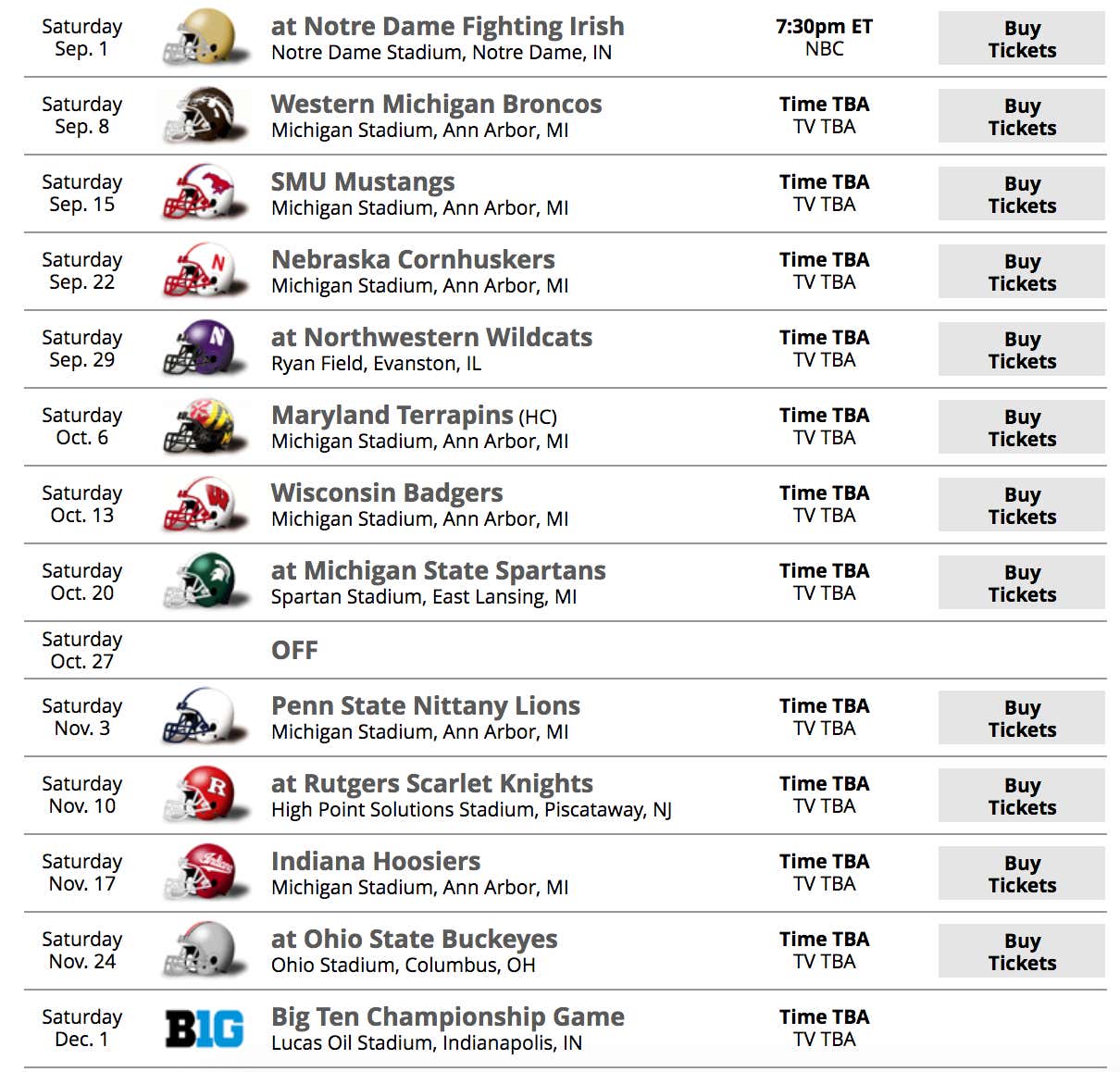 Then we would be looking at an incredibly hot seat for Mr. Harbaugh.