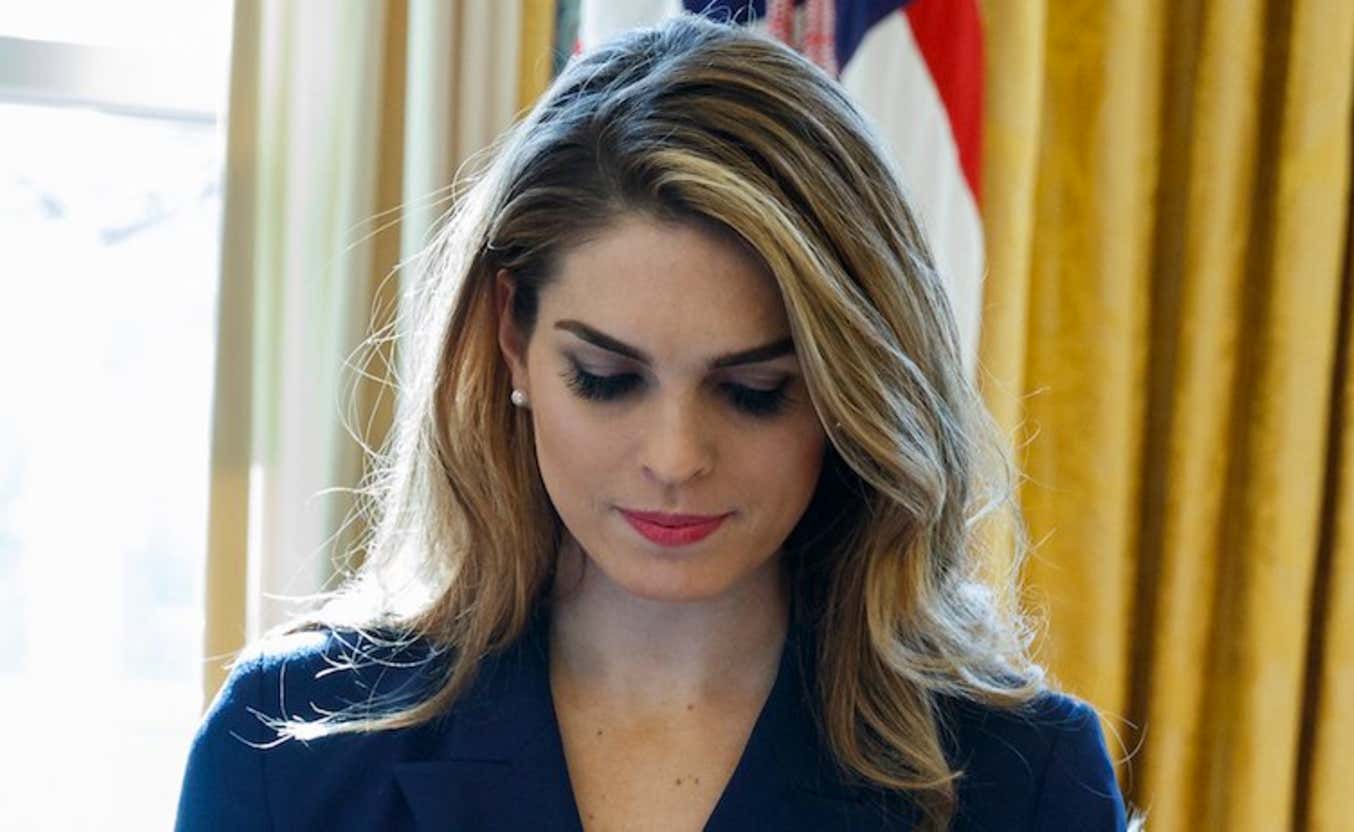 Many concerned folks have been tweeting me, emailing me, DM’ing me nonstop about my girl Hope Hicks and her connection to recent tabloid drama. It’s bad drama too not the good stuff. Nonstop I’m questioned on my emotional stability in the face of these trying times. Is Hope dating somebody? Is that somebody Rob Porter? Who is Rob Porter? Did Hope know Rob (allegedly) beat his ex wives’ faces in? Was Hope complicit in crafting Porter and General Kelly’s messages denying such allegations?

Look I don’t know who Hope is or isn’t dating. Yes her and I are destined to be together everybody knows that but distance is tough and she’s a smart, ambitious, beautiful woman. She’s powerful and savvy. She’s strutting around the dead center of the political universe day in and day out looking like a bazillion dollars. She’s putting beatdowns on tuxedos for fucks sake. Tuxedos. The hounds will be all over her — she’s one of the most eligible bachelorettes in the country. They’ll take their shots and that’s fine. It has no effect on me. I’m a mentally and emotionally tough man. I’ve been watching Tiger Woods videos since the late 90s and I host two 71-year-old Jewish men on the phone every morning. Mental toughness thru the roof.

And what’s that old parable… a girl’s gotta go through a bunch of donkeys to get to the prince or something?

See it all makes sense. If you’re going to shine as prince perfect you’re gonna need a line of dull ass donkeys to which you can be compared. Say what you will about my imperfections but if Hope is hanging with fellas who are (allegedly) giving every woman they’ve ever been in the same room with black eyes well then your boy Cousin Riggsy is looking pretty damn good.

Once again, everyone else sees controversy, negativity, and darkness while I see one thing and one thing only — Hope. This may not seem like a great week for her, but clearly it is the best week “we’ve” yet had. Hell yeah.