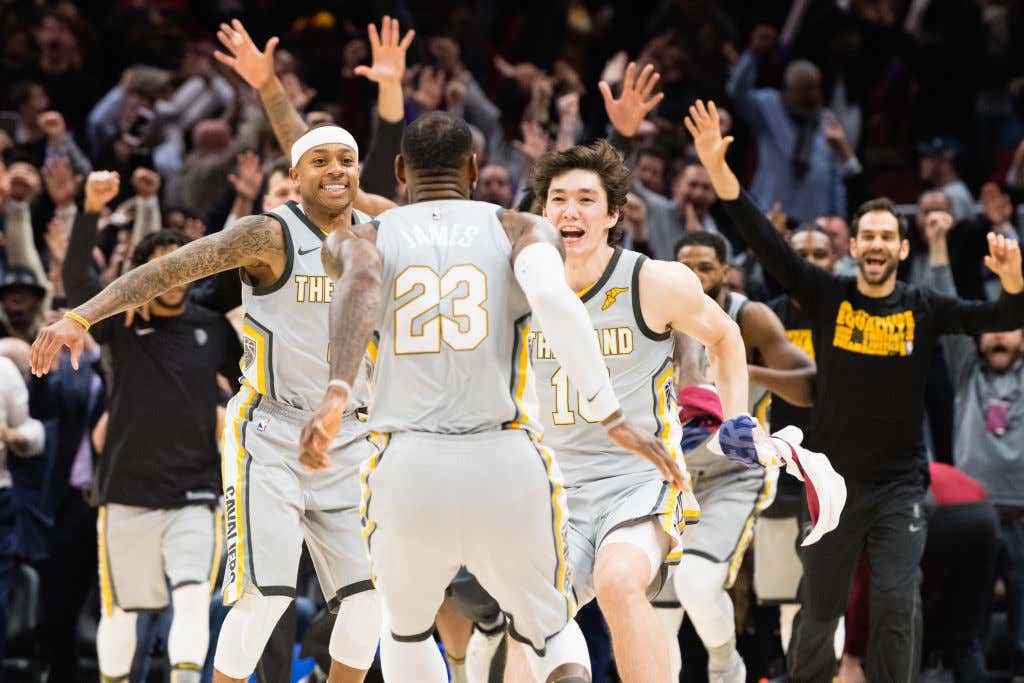 We have chaos!!!!! I have to say, this is most definitely a holy shit trade. There’s a lot to take in from both sides, so let’s start with the Cavs.

It’s clear they hate Isaiah, and it’s also true he hasn’t looked like himself since his return from injury. I think we pretty much got this sense when you saw the celebration last night after Lebron’s game winner. Lebron practically ignored him. Despite all their issues that existed before Isaiah came back, he certainly didn’t help things and only added fuel to the fire. From a basketball standpoint, they are getting players that will help. Jordan Clarkson and Larry Nance are two decent pieces that should help fill needs right away. That’s the positive. The negative is those players still don’t get you past GS and you now just helped the Lakers clear up cap space to bring in Lebron this summer. It’s a little weird that they would help the Lakers with this, and also give them a pick, while not getting at least Randle in return? Someone is going to have to explain that to me.

This also means the Cavs traded Kyrie for the BKN pick and Jae Crowder, Clarkson, Nance and some picks. I still think CLE fans would prefer to have Kyrie but that’s life.

For the Lakers, this is a no brainer. They’ve been looking to move Clarkson for some time, but had to include Nance considering the years and money left on Clarkson’s deal. It also doesn’t hurt to kick the tires on Isaiah and if he gets back to normal they do have space.

But this is also important as it pertains to the Lakers pick. Clarkson and Nance are good enough to where this could potentially hurt that pick. That’s great news for Celtics fans everywhere just as it seemed like the Lakers pick wasn’t going to convey. Do they plan to play Isaiah off the ball once Lonzo comes back? Are they just going to buy him out? It’s all very very interesting.

Honestly this is the type of trade we’ve been waiting for. A true Woj bomb and the day is just getting started.