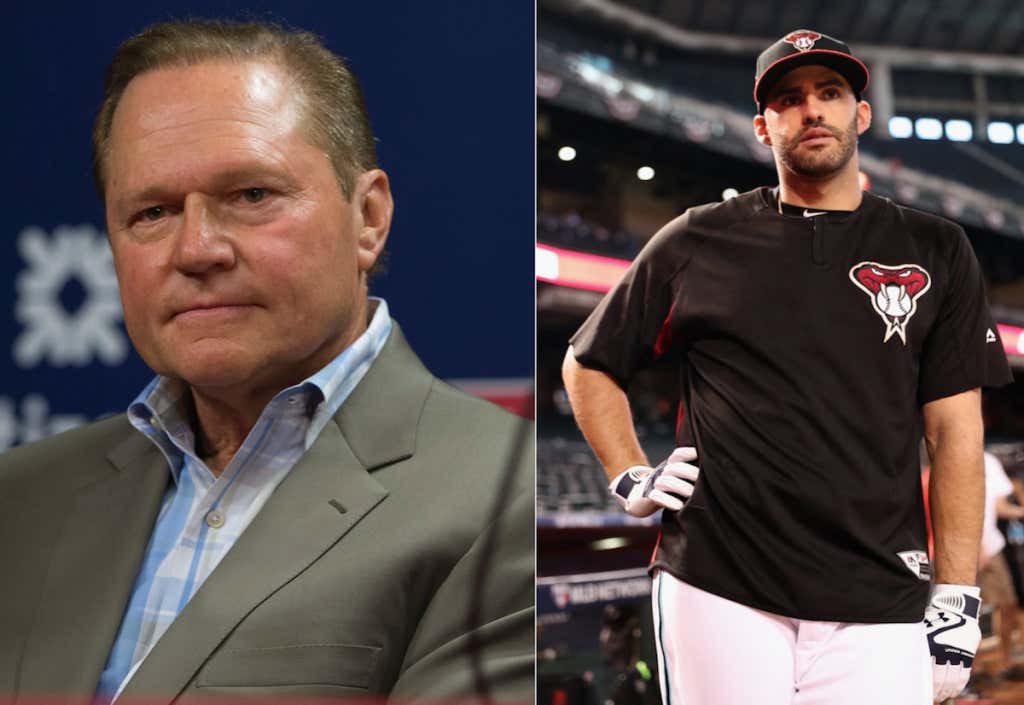 Oh, Scott Boras is denying the report that his client JD Martinez is “fed up” with the Red Sox and that he “would rather sign with another club”? Gee, ya don’t say! Huh. Look at that.

“J.D. Martinez has never made any statement regarding the Red Sox,” Boras said Wednesday. “J.D. is involved in multiple negotiations and is pleased with the participants and the good-faith process. Suggestions otherwise are not accurate.”

For those who missed it, this is what Boras is referring to via Ken Rosenthal:

Martinez, 30, has yet to accept Boston’s reported five-year, $125 million offer. He is telling people in Miami that he is willing to hold out until he gets his price, as first reported by FanRag Sports’ Jon Heyman. He also is telling people that he is fed up with the Red Sox’s inflexibility and would rather sign with another club, sources say.

Hey Scott, we are all well aware that he didn’t make some public fucking statement about it. That’s how anonymous sourcing works. He said it, he didn’t want the general public to know that he said it, it got back to Rosenthal, and now everybody knows that he said it. You can try to paint whatever picture you want, but at the end of the day, baseball fans know that Rosenthal isn’t just pulling rumors out of his ass for clicks, nor is he a mouthpiece for Boras like Jon Heyman is. Cough, cough. 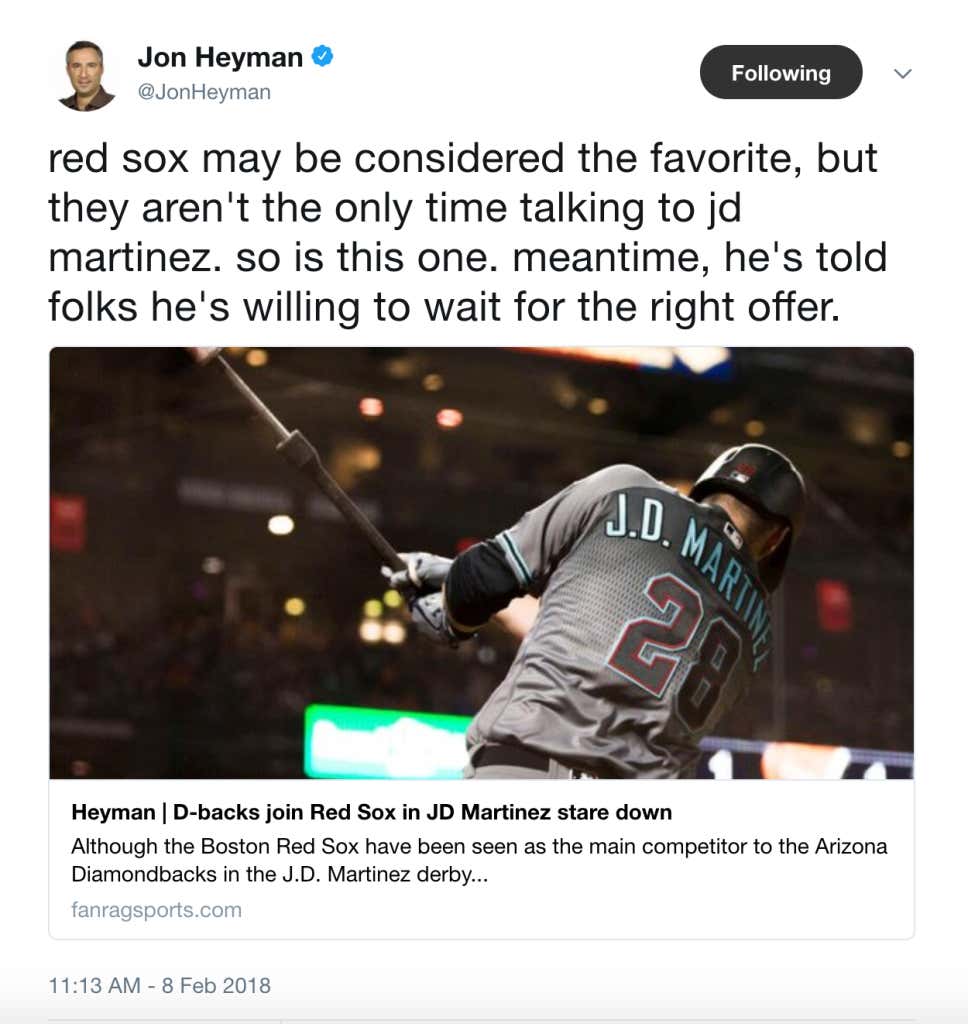 I believe Rosenthal’s report that Martinez is frustrated with how his free agency experience has gone. Again, that goes back to Boras and how, at the beginning of the offseason, the super agent floated that Martinez was going to command seven years, $210 million for his services. When Boston came in at five years, $125 million, and that represented the best offer that he received by a large margin, then it would be understandable as to why Martinez would be upset…with Boras, not the Red Sox. I don’t understand why he’d be upset with Boston for offering him what would be their fifth most lucrative contract in team history.

Yesterday, Bob Nightengale reported that the only other offer that Martinez has is a one-year offer from the Arizona Diamondbacks. Boras denied that report too, of course, because he knows that it’s a bad look if everybody knows his client has a fair offer from Boston, a non-competitive offer from Arizona, and nothing from everybody else, yet he still remains unsigned with pitchers and catchers reporting a week from now.

That, and he wants to create the illusion that the Red Sox have stiff competition to sign Martinez, when in reality, they can just put their feet up and wait for him to put his tail between his legs and accept their five-year offer. Or, he can just take the one-year deal from the Dbacks, if he’s really that spiteful about Boston’s completely fair offer. Whatever, dude.

Under the assumption that, once again, Boras is full of shit in his denial of Nightengale’s report — why in God’s name would the Red Sox budge from their five-year, $125 million offer when no other team has come remotely close to it? Again, go right ahead and be frustrated with Boras’ incorrect evaluation of what you’d be worth on the open market, not the Red Sox for making you a completely fair offer when they could EASILY be dicks about the lack of interest in your services.

If they wanted to, they could offer you even less. Why not? It’d still be the best offer you’ve got. They’ve been fair about it, and you’ve been a baby about it — threatening to hold out as long as it takes, whining that you’d rather sign with another team, crying that you’re fed up with a team that’s offering you north of a hundred million dollars.

It’s gonna be super awkward if and when Martinez still ends up in Boston. Red Sox fans aren’t stupid enough to believe Boras’ word over Rosenthal’s. I believe there’s validity to Martinez privately saying that he’d prefer to sign with another team instead of the Red Sox. It’s unfortunate, because he could really help this Red Sox team out immensely, but I still stand by what I said earlier this week — if you don’t want to be here, then don’t be here.

I understand that Martinez has been one of the best offensive performers in the game over the last four years, but I’m all set with a player, who’s being paid $125 million, still having to be forcibly dragged to Ft. Myers to play baseball for the Red Sox this spring. Get me somebody who actually wants to be here.