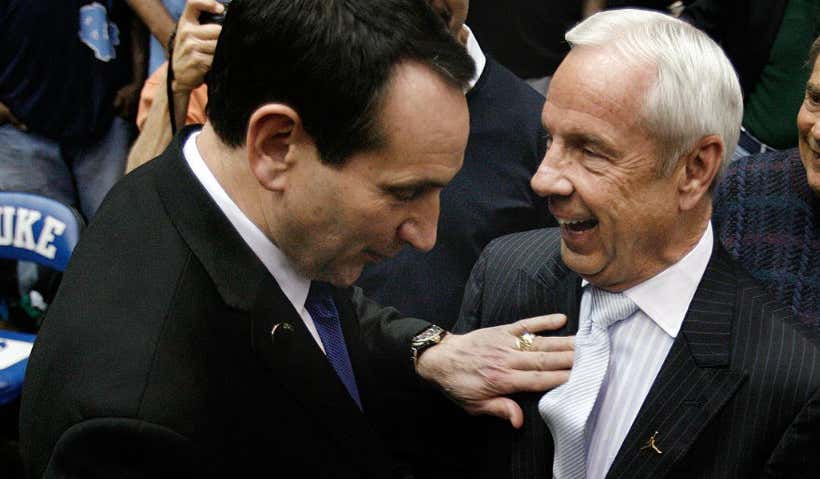 Ah, the biggest day in the North Carolina. Duke/UNC part one. The game a certain network has dubbed ‘rivalry week’ just to promote it. All joking aside it’s an incredibly intriguing game for reasons that we wouldn’t have predicted when the season started. Both teams come into the game slightly struggling with Duke losing two of its last three and UNC losing three of its last four. Here’s a look at the last 10 games for each team: 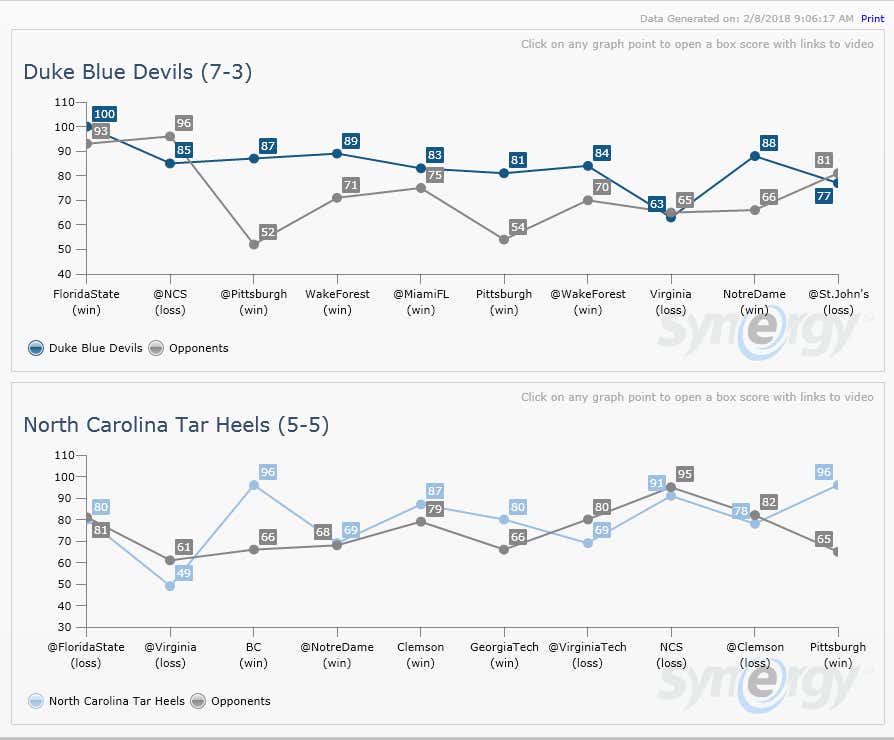 We can get into what this game means for seeding purpose, especially with the top-16 reveal this Sunday. We can talk about how a Duke win should all but push UNC to the 5 seed line, meaning it won’t be geographically protected. We can talk about how a UNC win would push Duke to a 3 seed for sure, perhaps a 4 seed. But, more than that the intrigue for me is based around the roster makeup and difference in these two teams.

Quite frankly, these two teams should be flipped. UNC typically runs the two big lineup. Duke typically runs the ‘small ball’ lineup with one traditional big and then a big wing. That’s not the case this year. Duke runs three guards and two traditional bigs in Carter and Bagley. In fact they almost run this lineup exclusively with how little K uses his bench. UNC on the other hand can go extremely small by moving Maye to the five spot, Johnson to the four and run three guards/wings or they can look a little more traditional with Maye at the 4, Johnson at the 3 and Brooks/Manley at the 5. To me that’s where this game starts.

How does UNC attack Duke? I’m intrigued to see if they try and go small, spread them out offensively and try to make Marvin Bagley step out and defend? That’s been Duke’s weakness, right? Defensively. They switch between their regular man-to-man and 2-3 zone, but there are holes in both spots. When they go zone, they tend to overextend because they don’t want Carter to leave the area under the hoop. That leads to miscommunication on the wings and spots for open threes in the corner. When they go man, there’s just weaknesses in personnel. Grayson Allen simply isn’t a good defender. Carter can’t step out and defend. Bagley struggles. Trent isn’t a good defender. Duval is fine on the ball, but gets lost off the ball. That makes Duke vulnerable all over the place, especially when teams start to put them in high ball screens like we saw Boston College do.

One big advantage for Duke though is how efficient it is, especially compared to UNC. Take a look here: 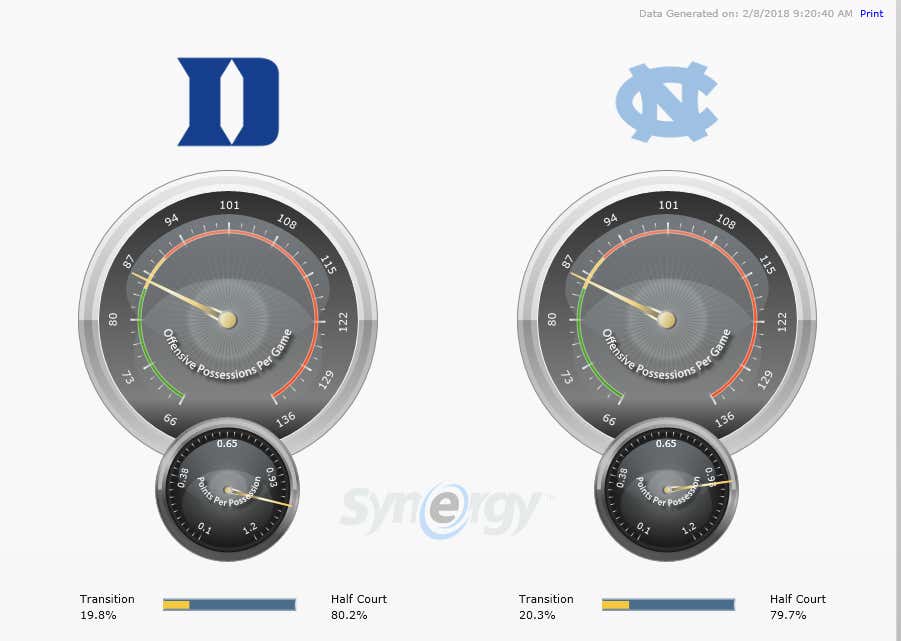 Defensively there are going to be concerns. I talked about Duke’s main problem trying to defend ball screens. Offensively what you can expect from UNC? Look for Luke Maye to be the one to come up and set the screens, whether he’s at the 4 or 5 it doesn’t matter. When you have Maye set the screen, the threat of a pick and pop is there meaning Carter or Bagley has to stay disciplined and not get overanxious on the hedge. The other thing to look for is getting the ball to Cam Johnson. If he’s at the three, he’s going to have a mismatch against Gary Trent. Johnson is skilled enough to get into the mid-post to get into an ISO set and then attack. That has to be the matchup that UNC looks for if Duke is in man with Trent on him.

UNC’s defense is vulnerable to the dribble drive. I highlighted last week the problems with the 3-point defense and the reason is because outside of Theo Pinson, UNC doesn’t really have a guy that can stay in front of someone defensively. Once they get beat off the dribble, the rotations are pretty horrendous. Look for Grayson Allen to take advantage of that. He’s been struggling lately and feels due for a big game. I don’t think it’s going to be Michigan State-esque for Grayson, but look for him to try to attack the rim early. Once that happens he’ll be able to drive and kick to Trent. That should open up the post for Bagley and Carter to then go to work.

Weird things happen in these games, because as someone once said, ‘you can throw the records out during rivalry games.’ I like Duke here though. I think the mismatches favor the Blue Devils more and UNC can get complacent at times. As I mentioned earlier, I think you see a big game out of Grayson Allen and Cam Johnson for UNC.