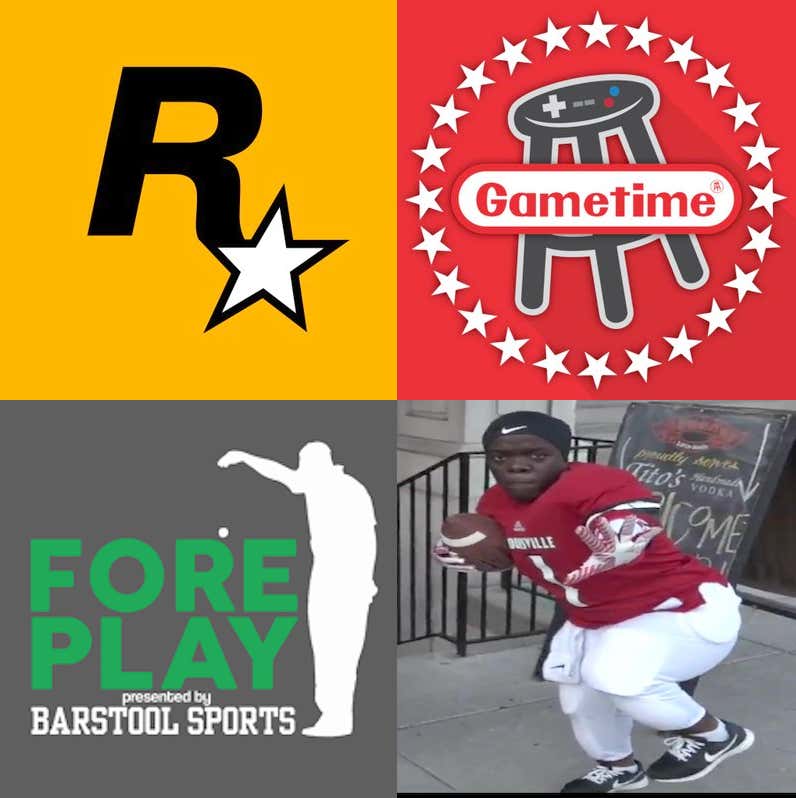 As you can see in the video below, we had an absolute blast playing the new GTA V online modes with Rockstar’s sweet ass setup the last time we went to their HQ. One of the complaints we get on Gametime as we figure out this gaming mumbo jumbo is our layout and not having enough systems to host a massive . Well the people at Rockstar have that shit down pat and it made for a great time, and in my very unbiased opinion, a great video.

So expect more of the same from The Syndicate today, which is now open to Stoolies that want to play. And make sure to have your questions ready for this merry band of misfits. Gametime is just as much a live AMA show for Barstool as it is a video game show. Ask Smitty questions about Dickgate since that hasn’t been covered at all on this site. Devlin just witnessed a city burn itself to the ground firsthand in the name of 53 guys winning a football game in Minnesota. Cousin Riggsy will be there for all things politics or Mike And The Murr Dogg. Trent is pretty much our fitness guy now since he lost 21 fucking pounds in a month like a maniac. And Zah may be the biggest wealth of knowledge of us all, with stories of seeing aliens, being a member of Team Portnoy, slinging porn in Zimbabwe, and everything else that comes with being an African midget. Plus the real ones will recognize that this is a pseudo Barstool Drivetime reunion. So if you enjoyed any of Facebook Live’s greatest, and probably only radio show since who the fuck would put a radio show on Facebook Live, have your questions ready for the fellas.

Subscribe to Gametime on Twitch to watch the latest and greatest we have pumping out (which should be ramped up with more Barstool bloggers after work hours shortly). If you want to play with us online in the future, subscribe to the Twitch channel before sending a friend request to PSN: BarstoolOffice. Subscribers get preference to get in the games when we are playing. So again, tune in today from 5-7 PM ET on Twitch and sign up here to join The Syndicate.