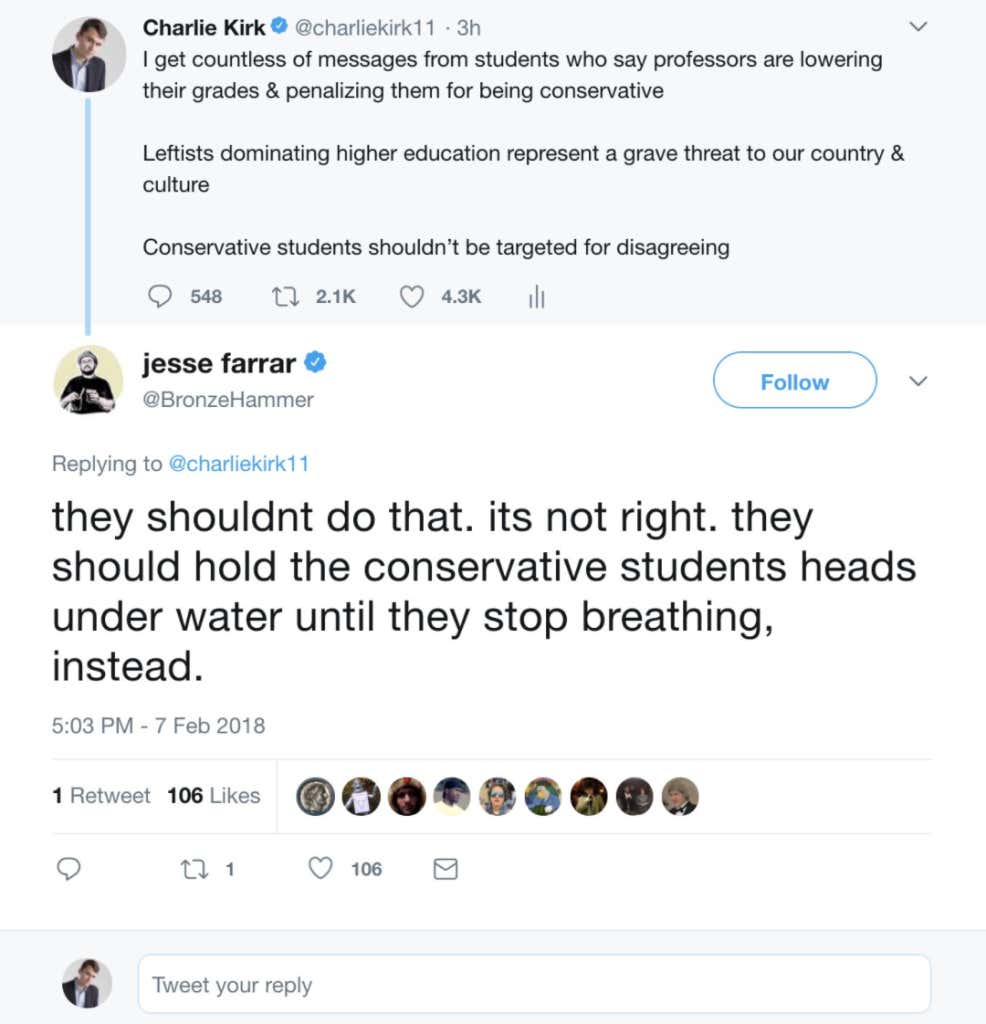 To re-iterate what you see in the screenshot, Farrar suggests conservative students on college campuses should be, and I’m paraphrasing here – drowned until they die.

Obvious joke right?  We know about those at Barstool.

Deputy Editor Barry Petchesky was reached for comment, and responded that it was “an obvious joke tweet.”

(Petchesky does not condone the specific method mentioned by Farrar, but does believe murdering conservative college students would make the world a better place.)

The original poster even gave him the benefit of the doubt too, saying “I’m sure he was joking.” 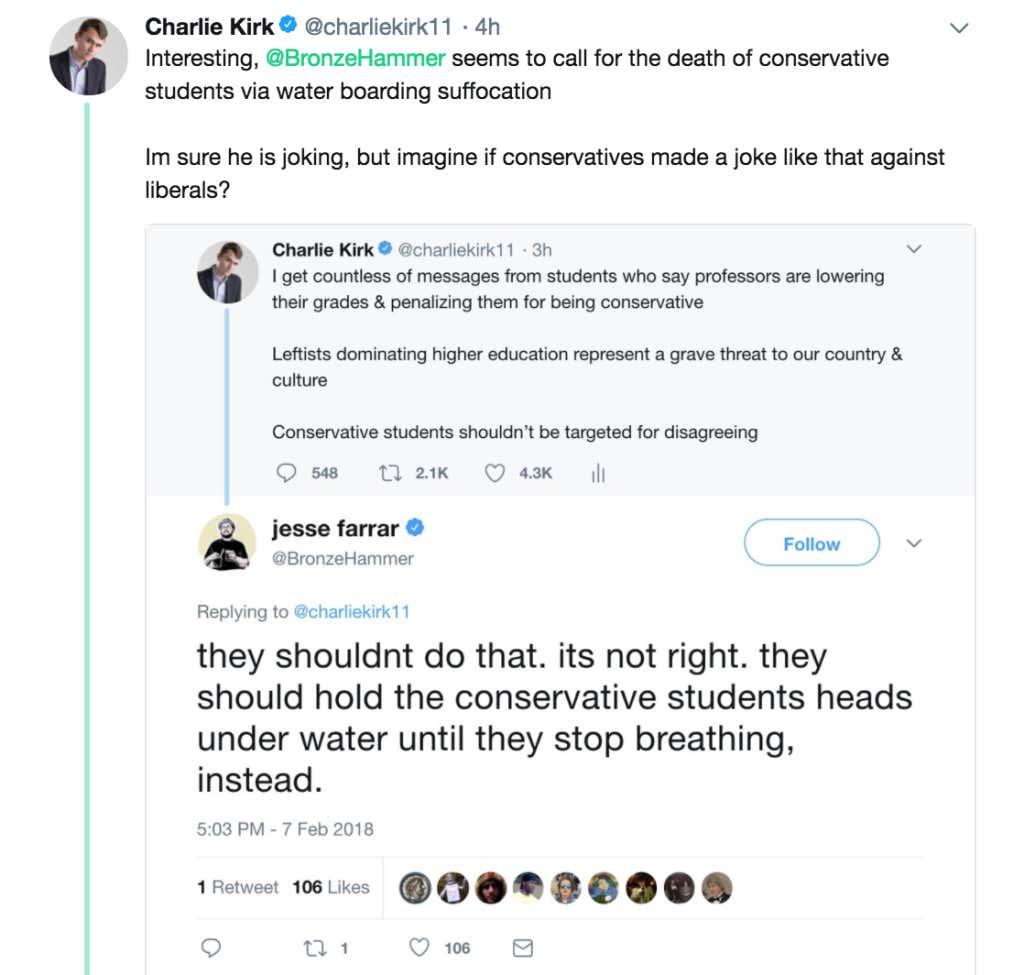 The “obvious joke” must have gone over a lot of people’s heads though, including the original Deadspin-associated joke maker himself.

Deadspin is a puzzling entity, in part because while it seemingly establishes a layer of kayfabe to shield itself from criticism, the people in charge don’t seem to understand the concept of kayfabe. The site’s staffers  also don’t seem to understand the purpose of a headline, parody, satire, punchlines, or jokes in general, but that seems to be part of the appeal. For example, when they take jokes out of context such as a KFC tweet that is part of a larger joking conversation – they frame them as not jokes, but literal statements.

However when one of their own contributors makes a statement that some may take as a joke, then follows it up with the comment “this is not a joke”…it is apparently still supposed to be accepted as a joke.

What are the jokes, exactly? Beats me. The humor’s above my level.

This reply to Petchesky I found very interesting. 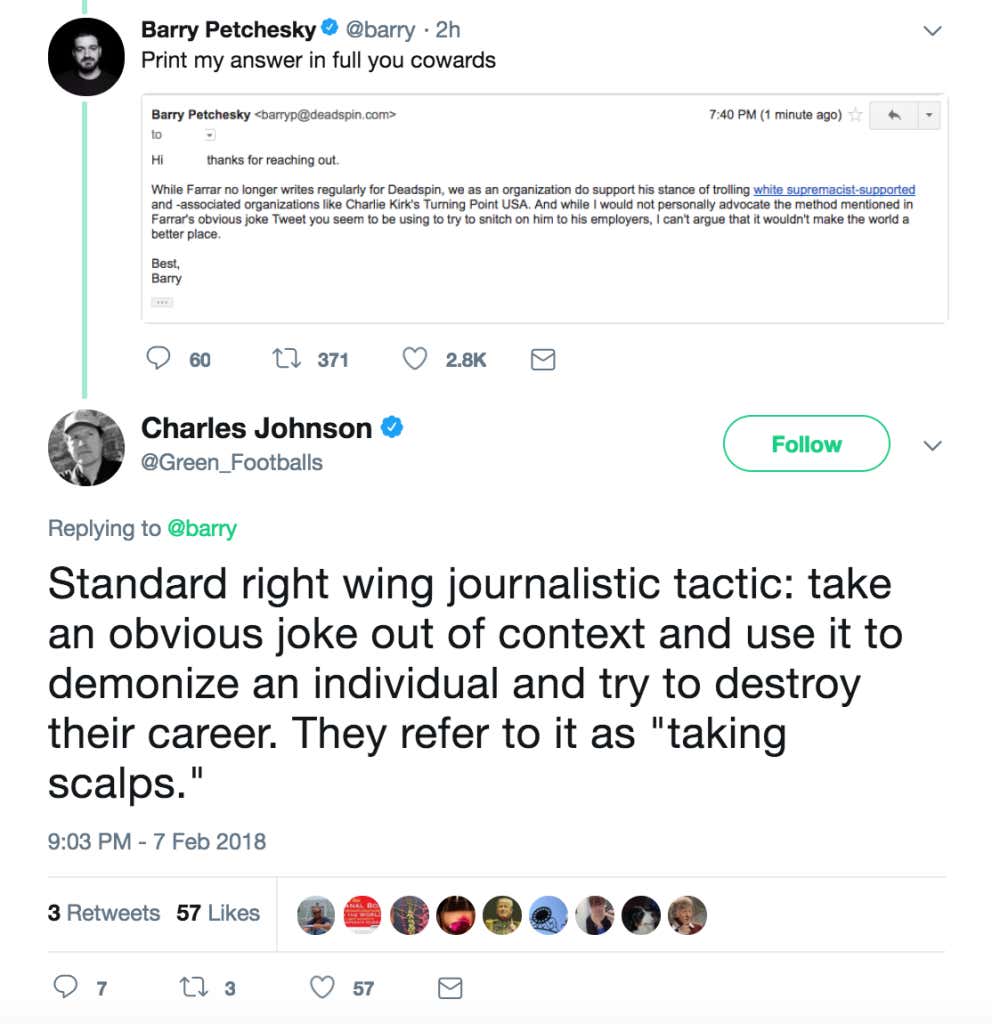 Ask KFC and his Al Jazeera tweet or his joking Jewish tweet with his Jewish friends and co workers taken out of context from a long thread.  Man, it sucks when you take jokes out of context and present them in a way designed to embarrass an entire company.

I reached out to Deadspin for comment but as of post time they did not respond because I sent it 12 seconds ago and instantly hit Publish before they even had a chance to read it like they do to Erika and me every time they write an article about us.