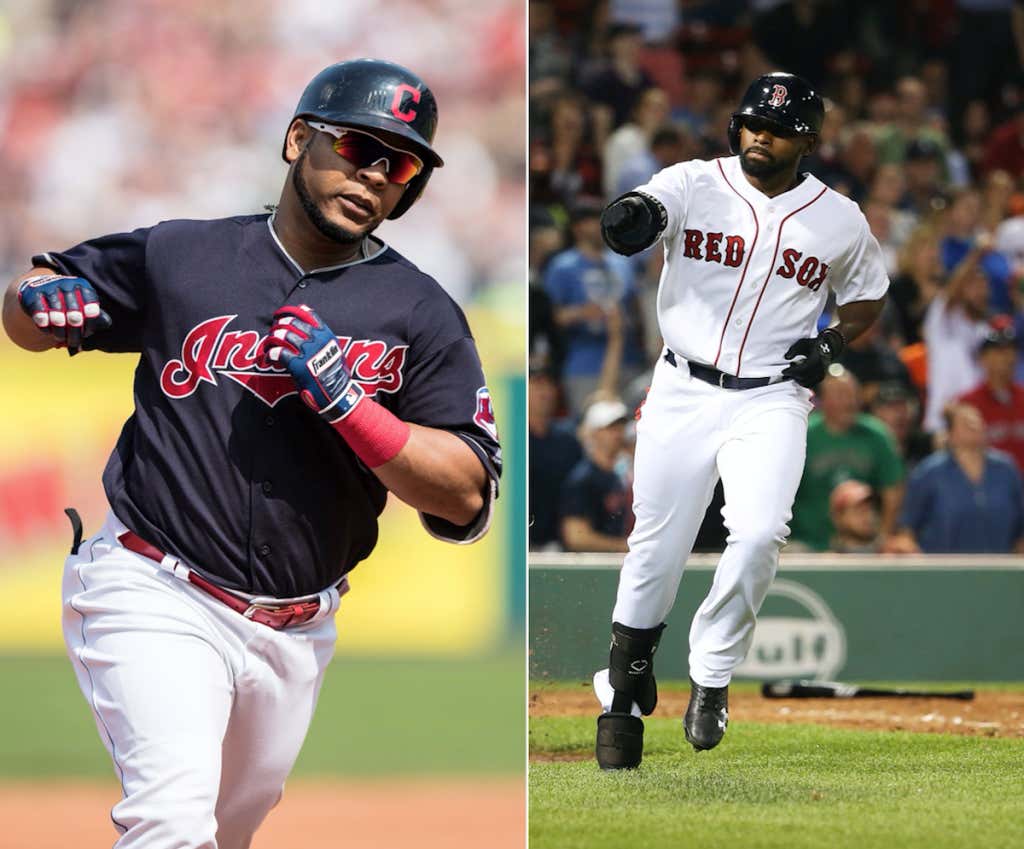 Dave Dombrowski, you sneaky son of a bitch. I love where your head’s at on this one. I have such a love-hate relationship with Dombrowski, but recently it’s been a lot of love.

I love that he’s sticking with five years, $125 million for JD Martinez. It’s more than fair. Apparently Martinez thinks that’s an insult. Not my problem. I wrote last night that if the Martinez pursuit falls apart and he ends up elsewhere, the Red Sox still have a good team. Not a great team. Not a World Series team. But a team that’s still capable of getting to the postseason.

However, their glaring issue would remain that they do not have a big bat in the middle of their order. Sure, Hanley Ramirez is still employed by the Boston Red Sox, and I think he can serve a purpose as a platoon first baseman against left-handed pitching, probably DH if they end up missing on Martinez and do nothing else. But I’d still love for them to do something, anything at all, to address the fact that they were last in the American League in home runs last year.

Being that Martinez is really the only power hitter on the free agent market — unless you want to count Logan Morrison, because I don’t think Mike Moustakas is a power hitter just because he hit 38 home runs last year, because his career high prior to that was 22 homers — the Red Sox would have to get creative to bring in a big bat. Trading for Edwin Encarnacion would certainly be a creative move by Dombrowski, something that he hasn’t really done since coming to Boston.

Giving David Price the most money, trading the top prospect in baseball for Chris Sale, giving up four prospects for Craig Kimbrel — anybody can do that. Pulling off a trade for Encarnacion? That’s thinking outside the box, and apparently that’s a discussion that has taken place.

The talks didn’t get very far, but the idea is something that I can most definitely get behind. Both Encarnacion and Jackie Bradley Jr. have two years of control left, although Encarnacion does have a club option for a third year in 2020. For Cleveland, I imagine that they’d be interested in a deal like this to free up some money to maybe reinvest elsewhere. Maybe a reliever to replace Bryan Shaw, who signed with the Rockies. Maybe sign a starting pitcher like Alex Cobb or Lance Lynn.

For the Red Sox, they’d be sacrificing elite defense at a premiere position in centerfield if they were to move Bradley. Earlier in the offseason, we learned that the Red Sox immediately shut down the idea of trading Bradley to the Dodgers for Yasiel Puig, so it’s not like they’re actively shopping him. They are, however, considering options outside of just signing Martinez, which is looking dicey at the moment.

The ironic element to all of this is that the Red Sox could’ve just signed Encarnacion last winter. I mean, why the fuck didn’t they? Luxury tax? Please. After losing David Ortiz to retirement, the Red Sox knew that they would have a gaping hole in the middle of their order, and there’s no such thing as “replacing” Ortiz, but they didn’t even attempt to make up the production that they knew they’d be losing without having Ortiz anymore. Encarnacion would’ve been a perfect fit, and he still could be.

In his first year with the Indians, Encarnacion hit .258 with an .881 OPS, 38 homers, 20 doubles, 132 wRC+ and 107 RBI. Since the start of 2011, Encarnacion leads the majors in home runs (248), and is third in extra-base hits (453). The risk in bringing on Encarnacion now is that he’s 35 years old, and is owed $57 million over the next three years if you factor in his $20 million option for 2021. It’s obviously less of a financial commitment than what the Red Sox would be making to Martinez, but the difference is that Encarnacion is five and a half years older than Martinez, and you’d be banking on him still being an offensive force in his age-35, 36 and 37 seasons.

All that being said, would I trade Bradley for Encarnacion? I sure would. In terms of power hitters, Encarnacion is about as safe of a bet as you can make over the last seven years. From a wins above replacement standpoint over the last three years, Bradley and Encarnacion have averaged similar production, but that’s a huge acknowledgment of what Bradley’s defense brings to the table. However, the Red Sox lack a presence in their lineup. Encarnacion is a presence.

If I’m the Red Sox, after the Ken Rosenthal report last night that said Martinez is “fed up” with the Red Sox and that he’d “rather sign with another club”, I’m picking up the phone today and calling the Indians to have the Encarnacion discussion again. It’s not a do or die scenario for Boston, but it’s a conversation worth having and even acting upon if the asking price is reasonable.