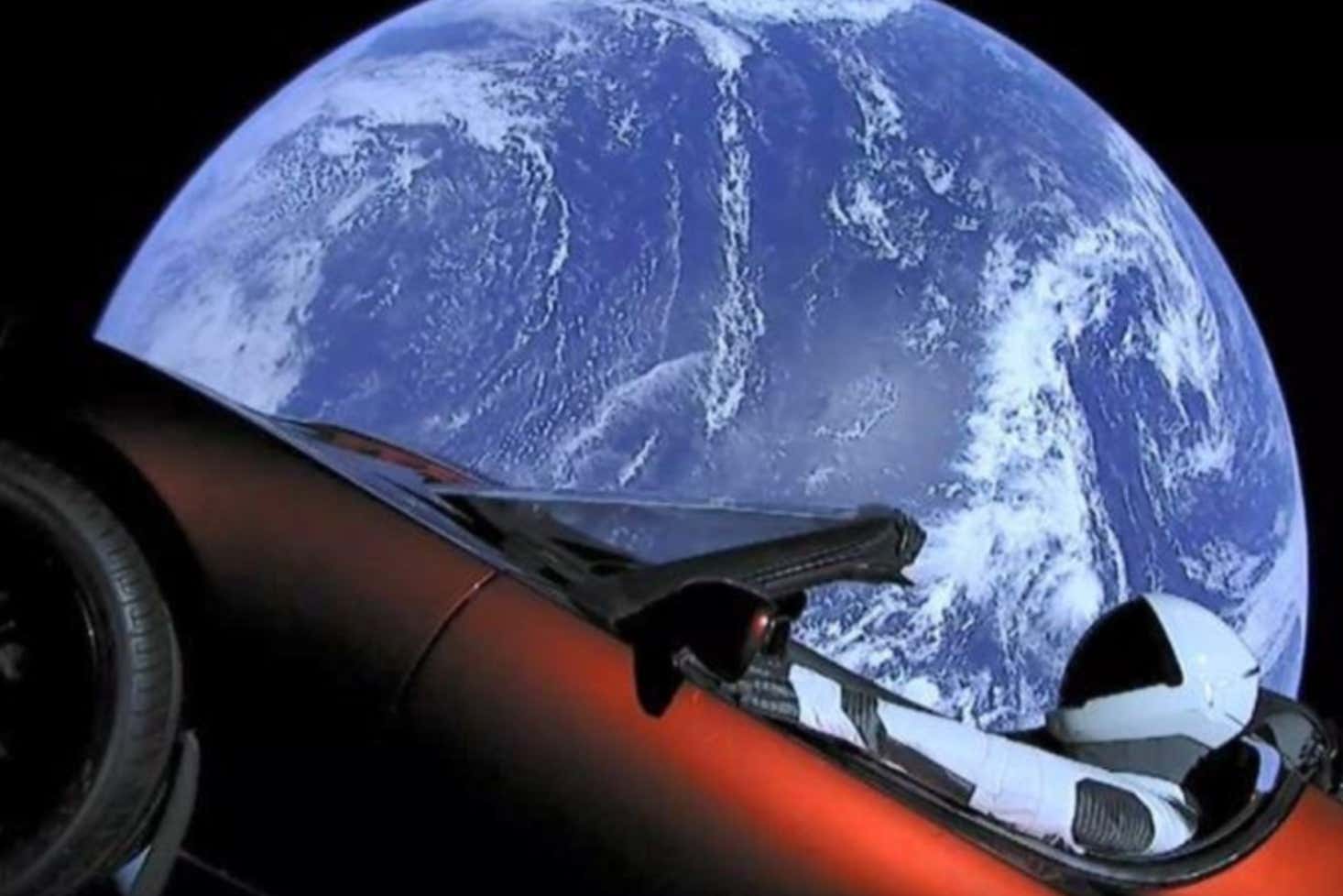 So yesterday was obviously an Elon Musk love fest. Everybody all up on his nuts because he launched a rocket into space. I’ll admit, it was a tough day to be anti-Elon. I’ve been ragging on him a lot lately because I think he’s a fraud. I still think he’s a fraud but some of the video from yesterday looked straight out of a sci-fi movie. It was impressive. I’m man enough to admit that.

But did the Elon lovers hear about this?

Elon Musk’s Tesla Roadster, which launched on top of SpaceX’s Falcon Heavy earlier today, is going farther out into the Solar System than originally planned. The car was supposed to be put on a path around the Sun that would take the vehicle out to the distance of Mars’ orbit. But the rocket carrying the car seems to have overshot that trajectory and has put the Tesla in an orbit that extends out into the asteroid belt between Mars and Jupiter.

That seems bad. Probably not good to miscalculate when you’re launching an entire car into space. I mean that’s basically littering. Not even basically. That is literally. He launched a Tesla into space, didn’t do it right and now it’s just floating out there. This is your mans? I thought he was supposed to have a super brain. I thought he was hundred of years before his time. I don’t think a super brain would suffer a miscalculation like this. So everyone is showering praise on a super duper rich guy who’s launching litter into space just so he can sell more cars? Got it. Just wanted everybody to be clear on that. And who’s to say that floating Tesla doesn’t whip back around, collect a bunch of debris, turn into a giant asteroid and destroy Earth? Elon Musk fucked us. He fucked us real good.

Also, if there are aliens out there, they can’t be happy. Everyone always talks about how much they wanna discover aliens and meet the aliens. Well we’re gonna meet the aliens real fucking quick if we keep launching automobiles at them.