I dont mean to be forward here but I’m jealous as hell of David Higgins. This dude has been fucking aliens for years. Alien strange? Buddy,,, sign me the fuck up. I’m ready to learn some new sexual positions from aliens. I bet they got some genitals that look wild. Yall know I’m into that. Pumpkins and whathaveyou.

Let’s take a look at some of these painting of a few of the aliens he’s been nutting in.

Goodness gracious! He’s laid out with some cowgirl! Love it! Our pal looks like he cant even move. That’s what we call in the biz a pussy paralyzer. Aliens pussy so bomb it sends your soul into a black hole. Alien pussy so juicy you have to use a raft as a condom. Alien pussy so wet you start singing older Rhianna songs.

That’s not the only photo though. We got more. 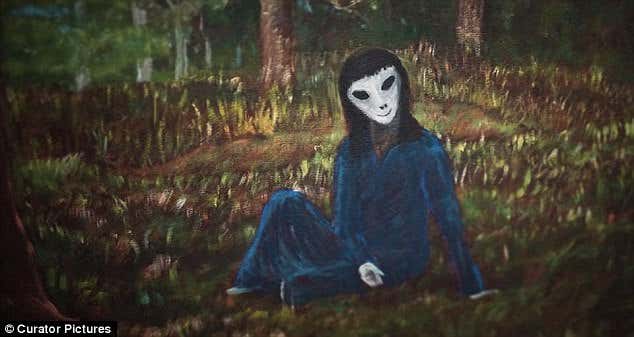 What’s David supposed to do while Cresent is sitting there looking like a snack and givin him the alien eyes? He’s gotta fuck that alien and father another species. Has to. If not, I will. Hell, I’ve had a vasectomy but I’ll borrow one of JarJar Bink’s 17 dicks to get the job done. 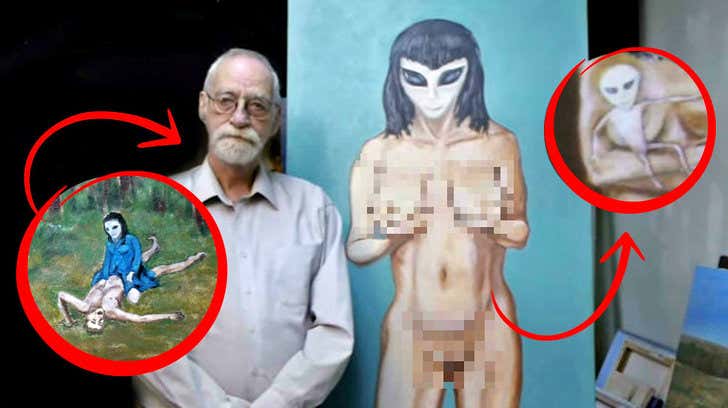 Damn. TrapSZN. You know Cresent works out. Probably Beach Body. Abs lookin like you could grate some cheese on em. Cheddar. Stinky tho. We’ll overlook that. No question about it. Stink it up. Sheet stains. 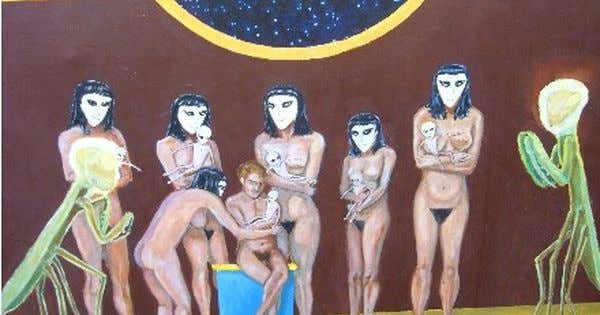