Listen, it’s no secret that tensions between players and refs in the NBA have reached a fever pitch. Things have gotten so bad that the two sides met in mid-December to try and come up with a solution. Since then, things have only gotten worse. Players are throwing balls at refs, trying to fight each other, getting multiple technicals per game. It’s out of control. They’re meeting again over All Star break and will need to make some big changes if they want to get this league under control. That said, whenever I hear about an incident involving players and officials, I take the officials side. I know how hard it can be to get a call right, especially when the game is going full speed. But THIS…is inexcusable. It’s not like he couldn’t see the play, he was RIGHT THERE. Look at KD’s body language! He’s wasn’t even paying attention he was hitting the quan. 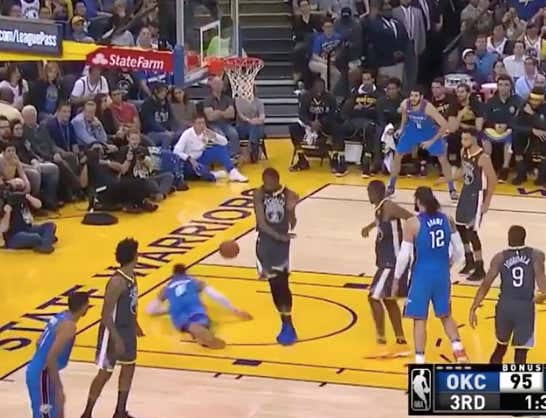 Hands down the worst call of the night if not of 2018. How are you supposed to gain the trust of players with calls like that? That official should be embarrassed. Either the NBA needs to get rid of replays or get rid of refs all together because the longer this goes on the worse it is for the game. I’m all for letting players play, and I like that things have gotten more physical, but the league needs to figure this reffing situation out.