Fuck fuck fuck fuck fuuuuuuuuck. That looked awful. Granted the last time it looked like KP hurt himself badly, I wrote an entire blog about it then trashed it right before I hit publish because word came out he was okay (followed by a million bad jokes about him being nicknames a lizard because he heals quickly).

FUCK!!! One minute you are laughing at the Colts with the rest of the sports world, the next you are praying to the old gods and the new that your franchise player didn’t turn his knee into spaghetti. I don’t want to point fingers at anyone, but I’m sure Giannis is sick of sharing the unicorn label with our Latvian savior. He probably has his next game with JoJo Embiid circled on the calendar right now.

Glass half full, at least big guys always recover from leg injuries quickly! It looks like the Knicks have officially become the Winter Mets on February 6th this season, 2 weeks before the Summer Knicks report to Spring Training. My poor, beautiful Kristaps even had his name changed tonight.

Obviously I will keep update the blog as news comes in. The latest is that (left knee injury) is walking on his own power and seems “OK”.

But as someone that owned Tom Brady in Week 1 of the 2008 fantasy football season, I know how little that tweet means. 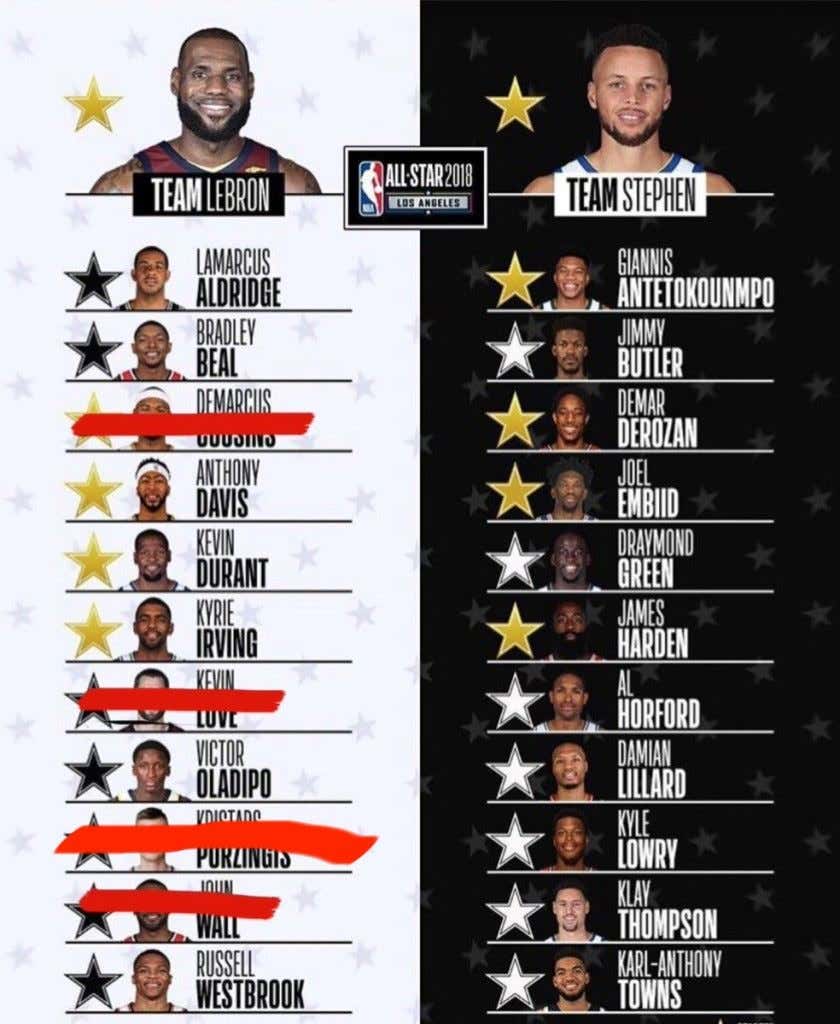 I know this gets said all the time on this site, but fuck LeBron. Another one bites the dust.

This has to be the first time somebody compared a 7’3″ Latvian to Uncle Charles, right? At least we are making history tonight, people! Fuck this sucks. Ts and Ps to all the other fanbases that have a player on Team LeBron.