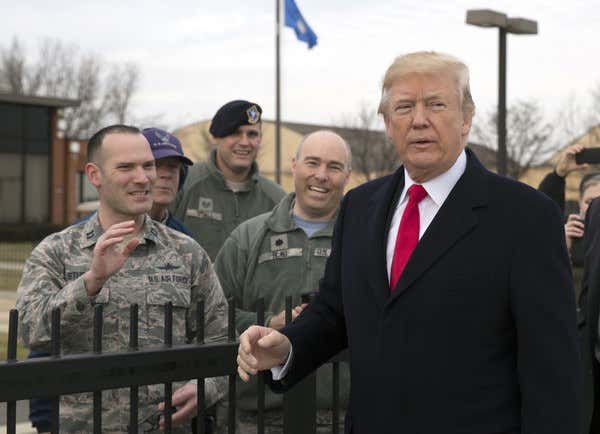 If you wanna read the actual write up, the link is in that tweet. The gist of the matter is that President Trump wants to have a large-scale parade down the streets of Washington, DC. I’ve kinda stayed away from talkin politics with the Barstool Fam but this is kinda my area. I think the President has done some good things with the military. The VA is continuing to improve and the Executive Order on Mental Health Care is a great initiative that needs to be put into practice and not just merely be something that gets signed and stuffed in a drawer, but it’s certainly a good start.

The military loves hearing about the military. So when you hear the President talk about the greatness of America’s military might in the state of the union, military members and a lot of veterans get hard dicks or nipples about that. They love it. What the military absolutely one hundred percent will not love is the idea of military parades.

I take that back. Kinda. West Coast military members will love the idea of a parade because they wont take part in it. They can text their pals and laugh at them for having to participate in something so insanely stupid. The roads of the DC will be wrecked like they were after the 1991 victory parade. You know, that’s usually when America has these large-scale parades. Tanks, planes… all that shit flowing through DC’s streets costing military members time for training, planning, execution of said training, and logistical problems during a time where the President and his Sec Def say that America’s military is strapped for bodies and funds. Millions and millions of dollars will be the cost of moving troops to the area, set-up, stagging, fuel, clean up, road building, road re-building… and on and on and on.

President Trump wanting a large scale parade is beyond stupid. It’s every single military member’s worst nightmare except for getting injured or killed. NO ONE would honestly want to participate in something so insanely pointless. No one.

Not just my thoughts. Here’s some others.