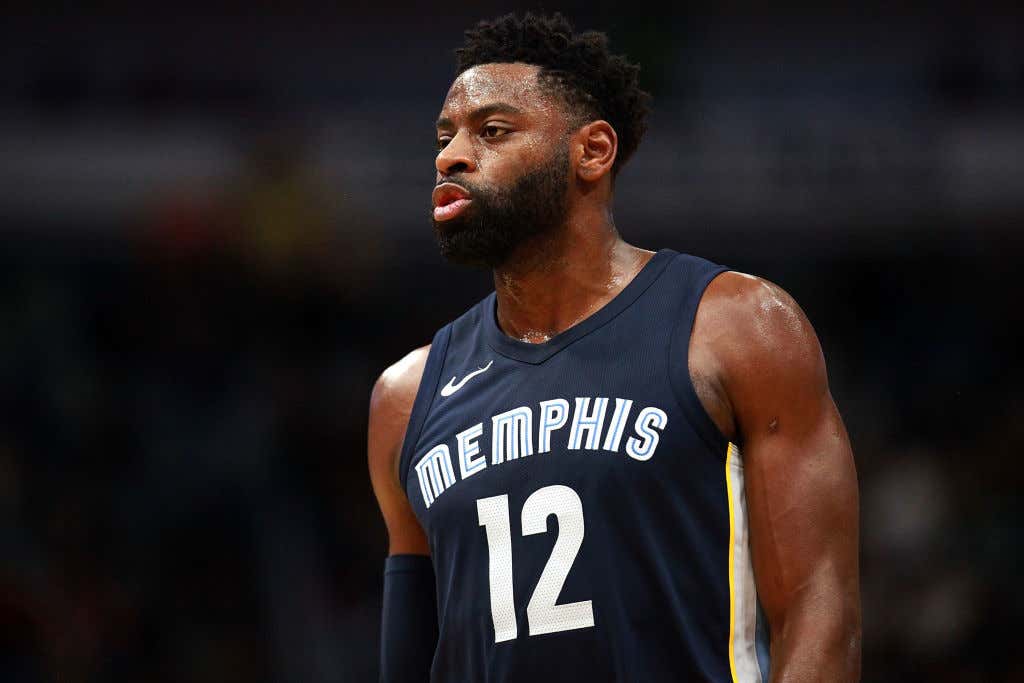 It’s a long day, and I’m sure some stoolies can’t spend all day refreshing Twitter while at work even though this is one of the most exciting times on the NBA calendar. This gave me the thought to just throw together a quick recap at the end of each day leading up until the deadline (so like 2 days) with all the rumors that are currently flying around.

Which tells us a couple things. First, they are not feeling confident that Paul George is leaving OKC. Given his interview with Rachel Nichols, you can see why they may have that impression

It doesn’t take a rocket scientist to know that if you don’t get PG13, there is slim to no chance you’re getting Lebron to leave CLE just so he can play with Lonzo and Kyle Kuzma. It’s not as if this should change their entire strategy. You still try and move Randle/Clarkson so create as much space as possible, you know Lebron is only signing a 1 year deal wherever it is he plays in 2018-19, and then you look at the market and see potential names like Klay Thompson, Jimmy Butler, Kawhi etc. Now your young cornerstone pieces are a year older, you maybe snag one of those three, and still have room for Lebron if he decides that’s the right time to make the move.

– Then a little later came Marc Stein, once again with more Smart rumors/news

which was then followed up by not a Woj bomb, more like a Woj grenade or something of that nature

OK now we’re getting somewhere. The mention of DEN isn’t really new because we talked about that yesterday, but this is an interesting trio. I still think DEN is only in there to be part of a bigger deal, so the real two I focus on here are the Celts and Sixers. Danny Ainge is going to make it worth it to him to move on  from Smart in the middle of the season, and this extra pick is probably because he doesn’t want to give up his own pick to do it. It’s clear someone is leaking stuff to Stein to help set the market but that’s not the point. The point is this is feeling more and more real as each day passes, something that’s pretty close to a 50/50 split among Celts stoolies

The real interesting team here is the Sixers. There first round pick could be in the lottery, but they could make the playoffs. Chances are they’re already getting a top 10 pick via the Lakers, so they absolutely can afford to give up what could end up being the highest first round pick of these three. Evans immediately fits a need on the Sixers for guard play, and even though Simmons has the ball the majority of the time, the way Evans plays would fit with what they do. Would Sixers fans be mad if this cut into Bayless/TJ minutes? Especially when we have no idea what the hell is going on with Fultz? It would not shock me one bit if we see Evans become a Sixer. Not to mention they have cap space next year where if he goes insane and they want to keep him, they theoretically could. Something BOS probably isn’t too interested in for what it would cost.

– You may have heard Dan Gilbert hates Lebron now. Well unfortunately for him, Lebron isn’t waiving his no trade clause this year

That’s what happens when you’re desperate and you get back with your ex but on her terms. Even when you’re later unhappy, she still has you by the balls just like she did before she hurt you the first time.

He’s going to leave next year and ruin this franchise for the second time and it is going to be spectacular entertainment.

considering this is not the first time we’ve heard about them trying to be done with his 5/60M contract. He has this year at $12M and then they pay him $13.4M in his age 33 season, so you can see their line of thinking. Also, this would be a way to maybe bring back a piece without having to trade one of their first round picks.

Has Gortat been horrible? No, his role has just diminished. He’s still a guy who can get you 10/10, set some of the best moving screens in the NBA, and is a big giant dude who you can use if you need frontcourt help. If anything the Wizards are trying to move him while he still has value, not because he suddenly stinks.

If you go on to read that article it says the Wizards are interested in Jordan from the Clips. OK that’s all fine and good but you’re about $15M short in salary. Something tells me they are not also going to take Ian Mahinmi’s terrible contract, so which other Wizards players are they moving? Morris is the next closest at $8M, so maybe Morris/Jason Smith/Tim Frazier? I don’t see why the Clips would want to commit those type of years/money so that was weird.

– As the day went on, it’s looking more and more like Lebron is going to get the help he needs!

You’d think this would be a done deal by now, and yet we’re at a standoff. The Kings want a first round pick, due to Hill’s $19M salary the Cavs want the Kings to take Shumpert/JR Smith. The Kings don’t want either Shumpert or JR Smith. Classic.

– The Thunder are up to something

Reports are that the Thunder are going to make something happen to help cover for the loss of Roberson, and they’ve been tied to wing players such as Rodney Hood, Tony Allen, Avery Bradley, etc. They can’t afford to do nothing given how important this season is and what their expectations are. Sam Presti is one of those GMs where you don’t really get a sense is afraid to make a move, so it’s really only a matter of time.

As I write this blog this appears to be all the rumors/news that have come out today, but I’m sure we’re in for a long night because if we’ve learned anything over the last few years it’s that the NBA does not sleep. I can only imagine what tomorrow, the day before the deadline, will bring.