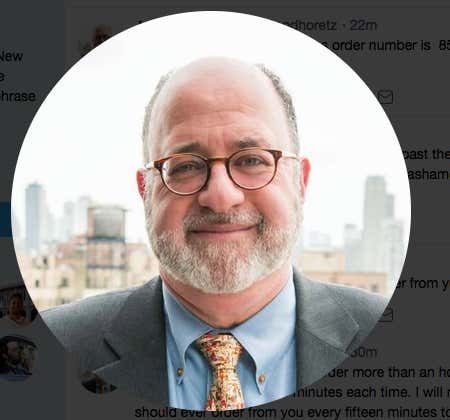 So lets set the scene. It’s lunch time, on a Tuesday. You think to yourself, hmmmm, what do I want to eat today? Then a lightbulb goes off in your head, SCHNIPPERS! Gotta have me some Schnippers. So you go online, you order up your Schnippers, you sit back with a subtle smile and compliment yourself on an order well done from the one and only Schnippers.

Oh no. Your Schnippers order is late. That’s where our main character is revealed. It’s John Podhoretz, a columnist for the NY Post and he demands his Schnippers. 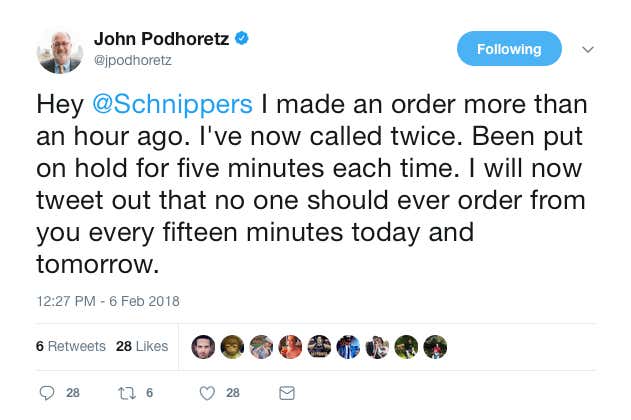 All time faceoff. A pissed off blue checkmark journalist who thinks publicly tweeting small life annoyances we all deal with is a good use of his time Vs. the one and only Schnippers. Now I know what you’re thinking right now. This guy is just mad, he’s not actually going to tweet at Schnippers and tell everyone to stop ordering their Schnippers. Total empty threat right? WRONG. SO SO WRONG.

No one tell John that it’s probably not Schnippers that fucked up his order but Seamless, which happens ALL THE TIME. I want to see if one blue checkmark can bring down the entire Schnippers empire, one tweet at a time.