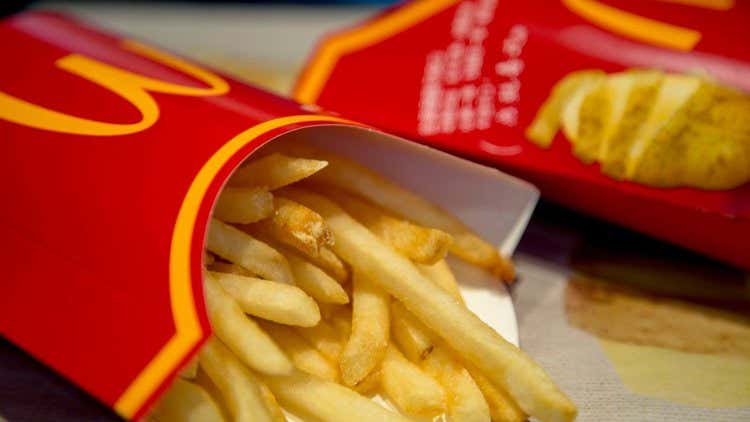 Source – A new study reveals a chemical found in McDonald’s french fries may be the cure for baldness.

Scientists from Japan said the chemical is added to the fries in order to keep the cooking oil from frothing up. When they tested that chemical on mice, scientists said they regrew hair. Scientists said this is the first time they have mass produced what they are calling “hair follicle germs” with this method.

I can’t imagine that there are many things in life that are worse than being bald. Though I’m only 25 and still have plenty of time to lose my hair, I’ve been blessed by playing hockey and lacrosse my whole life. Two sports which are known for cultivating luscious locks of hair. So I’m pretty sure that I’m good to go for at least another 40-50 years.

However, I understand that there are plenty of people out there who have not been as blessed as I’ve been. And my heart goes out to those people. Not having a head of hair to run your fingers through first thing in the morning has to be the worst possible way to start off any day. Fortunately for all the baldies out there, it looks like all you have to do is just eat a shit ton of McDonald’s fries every day and you’ll have a full head of surfer hair by the time summer rolls around.

This is just a trade off you have to be willing to make. Would you rather be bald or would you rather be fat? If you’re already bald and fat then this is like a dream come true because you get to just keep eating McDonald’s fries while getting your hair back. But if you’re a bald skinny guy like SVP? I guess these are just some decisions that you need to take a good, long look in the mirror and make. I guess theoretically you could eat the McDonald’s fries every day to grow your hair back and then hit up the gym every day to offset all the french fry consumption. But going to the gym every day just to stay the same isn’t exactly the greatest motivator. That’ll get old real quick. Maybe you could do a bunch of cocaine with your fries to keep your slender physique but I guess that’s up to you if you want to add that extra expense into your daily routine.

With all that being said, I don’t trust this study as far as I could throw Ronald McDonald. This seems way too convenient for McDonald’s. If it was just french fries in general curing baldness then maybe. But the fact that it’s strictly McDonald’s fries that can fix your cueball head? No no no. I’m just not buying it. I don’t believe the study. I don’t believe the scientists from Japan actually exist. I don’t believe the mice really exists. This is all just a sham advertising campaign to trick the millions of baldos in America to buy McDonald’s. You know who wouldn’t pull a stunt like this? Chick-Fil-A.