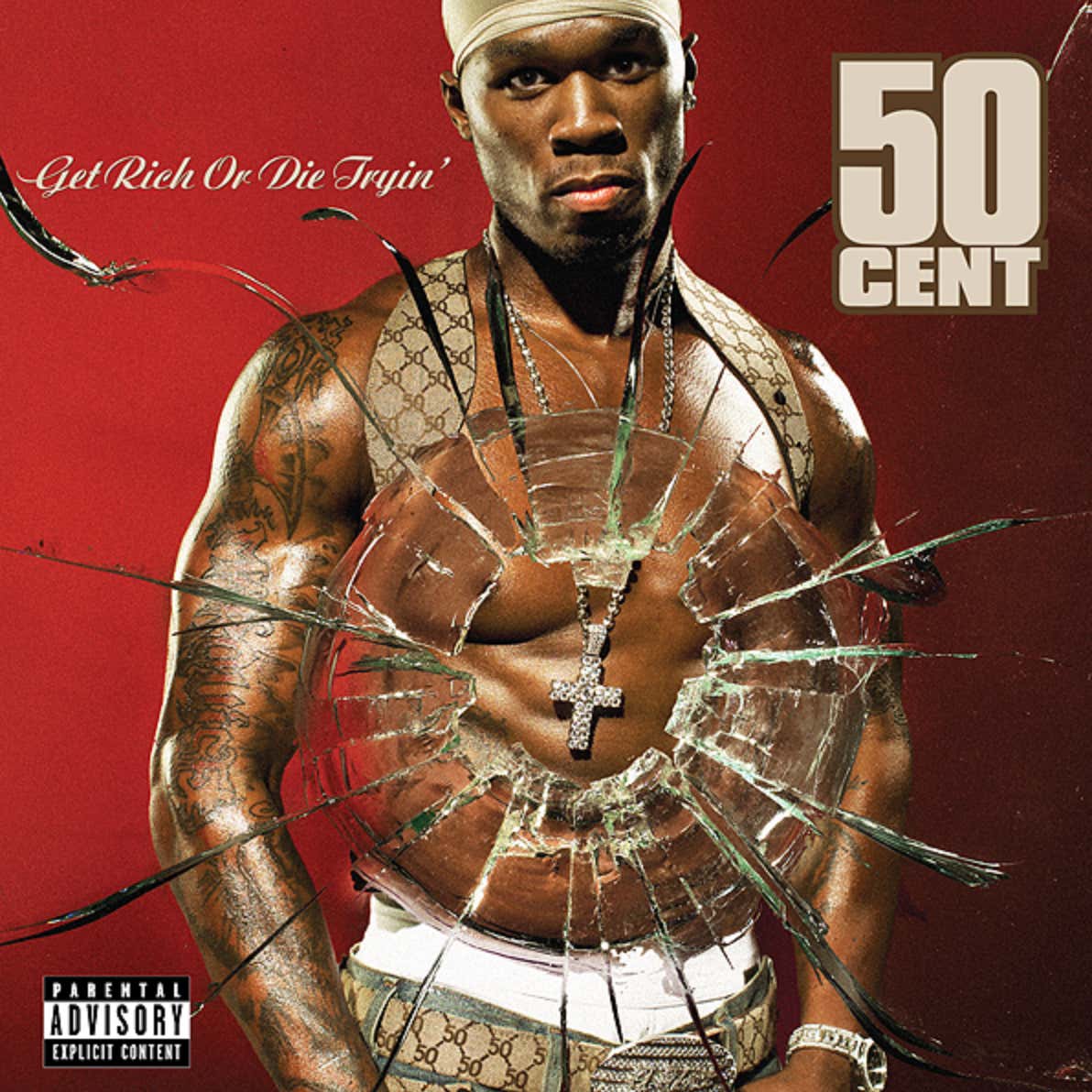 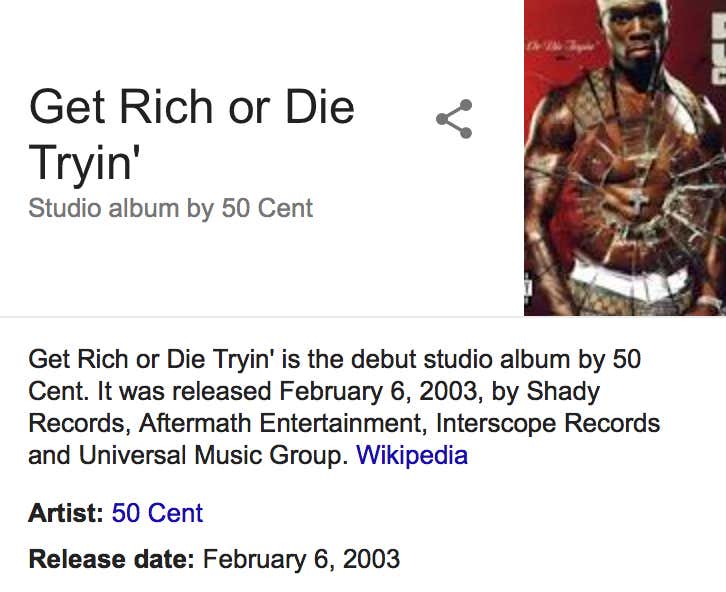 15 years! Can you believe that? That makes me feel reallllllll old. GRODT is my favorite album ever and it’s not close. I was 13 when it came out (LOL) and I instantly fell in love with it and all things 50 Cent. It truly is one of the greatest rap albums ever. Fiddy EXPLODED onto the scene with “In Da Club” and it was on. I’ve yet to see a bigger song and I doubt I will. It sat atop every single chart for months. There was an MTV channel that only showed music videos all day so I would sit there all day and wait for In Da Club to come on. The beginning of the video is a black Hummer driving through the desert. As soon as I saw the Hummer I would unleash a massive fist pump. It was an event. My favorite parts of the video are when they show Dr. Dre and Eminem in lab coats.

And that was just one song. The entire album is incredible. 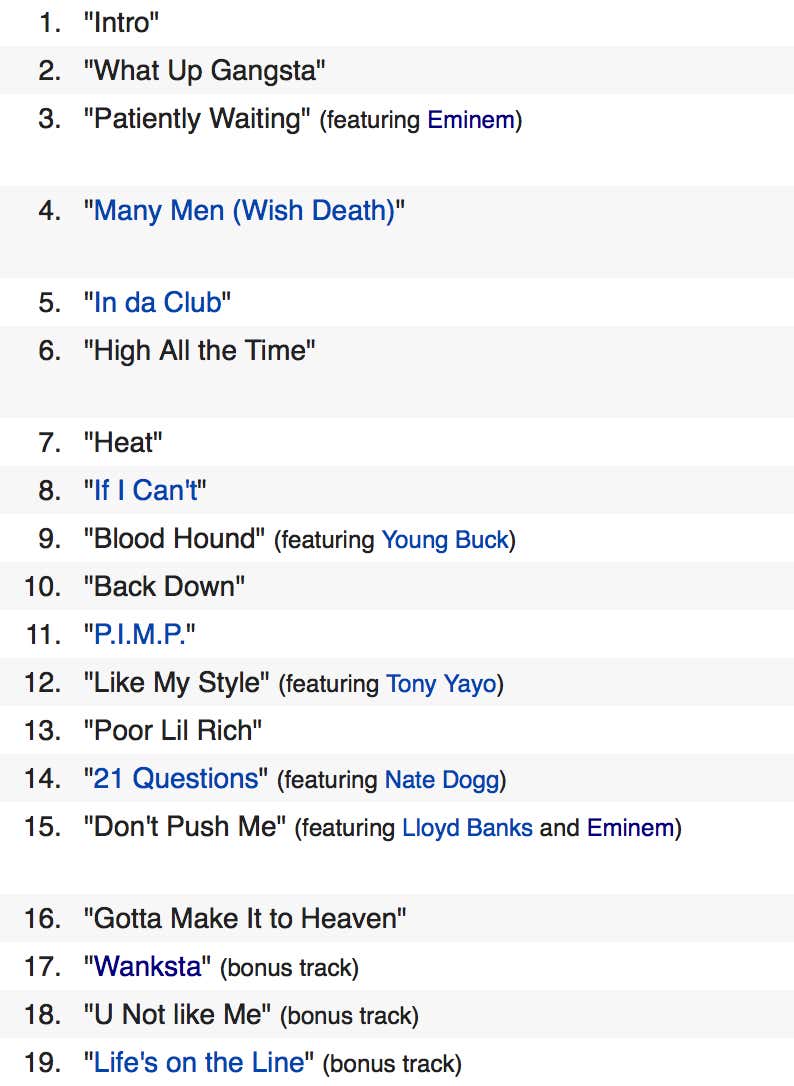 Why did an album with those type of songs resonate with a teenager in Cedar Rapids, Iowa, you ask? I’m still not totally sure. I think I liked the hard dick brashness of it. I’d never heard anything like that before. Not to mention I was just starting to have extra testosterone pumping through my teenage body and Get Rich Or Die Tryin’ was the album I rode that wave on.

While we’re here. This is 50 and the rest of G-Unit performing at the 2003 MTV Movie Awards. This was a few months after GRODT dropped and sold 870,000 copies in the first week (by the end of 2003, GRODT sold 12 MILLION copies. That’s flat out never ever happening again with a rap album). In the video you’re watching 50 Cent enter his initial term as Biggest Badass Mother Fucker In Hip Hop

Looking back, performing on stage while wearing a bullet proof vest seems kinda corny but at the time? That was the scariest and most badass thing I’d ever seen. My favorite type of hip hop/rap is when there’s the chance that real violence could happen at any time. That was certainly the case with 50 Cent in the early-2000s. What a time to be alive. What an artist. What an album. GOAT.