So sending false alarms about a potential disaster heading directly for peoples asses is the hottest shit in the app game these days, huh? Don’t worry, your apartment isn’t about to become a pile of nuclear ash if you live on the East coast or in the gulf. Instead, it’s about to become an aquarium. Yeah thinking you could die is a crazy way to start your day. But the rush from receiving the alert followed by the “JK LOL, that was just a test” probably saves you a few bucks since you don’t need to buy that cup of joe to kickstart your day. One thing is to use the word tidal wave, which is frightening enough. But the word tsunami is like a million times scarier. Especially with the frigid ocean temps of February turning entire cities in Polar Bear Plunges and millions of dicks become frightened turtles due to shrinkage.

And to anybody who says that all you had to do was open the alert can kiss my ass. This is 2018. We don’t read longform articles or even articles anymore. 280 character tweets is too much of a chore. If I see a notification that my ass may have to start doing the doggy paddle at my desk, I am going on social media to crack a joke before going to the bathroom to crack some stick and then hoping I don’t die. Who opens alerts these days anyway? (unless it’s alerts about a new blog by Clem from the Barstool Sports app, the number 1 sports app during Super Bowl week, nbd). 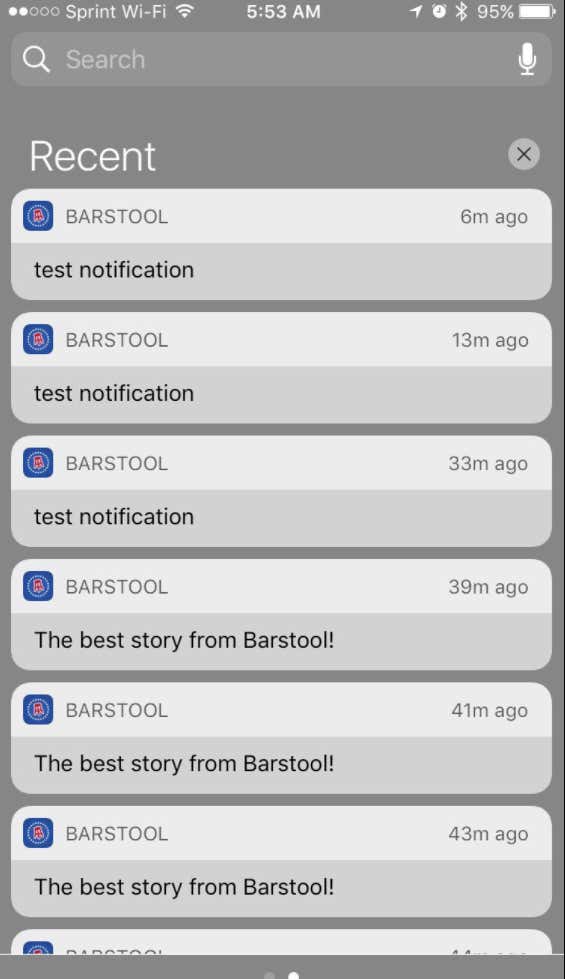 Also not for nothing, but today was a big win for us rocking Weather Channel App. People can talk about the flavor of the month apps like Accuweather and Weather Underground all they want. But The Weather Channel continues to pump out accurate forecasts while also not mistakenly telling you that a tidal wave is coming for your town. You can keep those other apps while I stay with the tried and true app covered in white and blue. #TeamWeatherChannelForLife