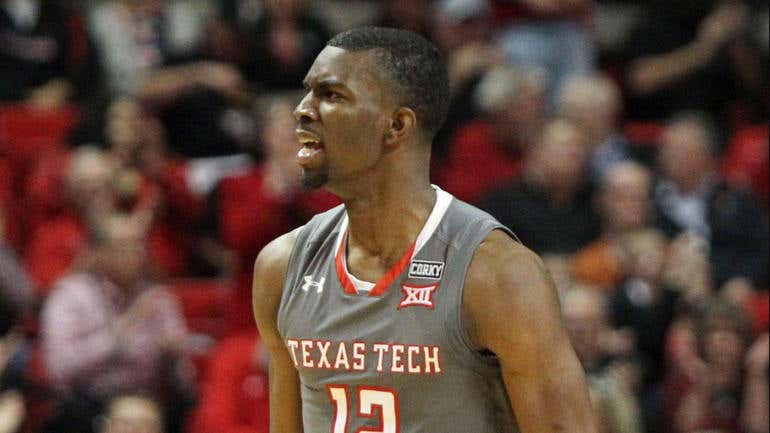 With the regular season just about a month away from ending, we’ll be doing different running themes with the blog. Every Sunday I’ve been putting out bracketology – that will stay the same. As will Monday’s Contender Series. I’m going to start highlighting the NPOY race though and some potential winners. I did a huge scouting report on Trae Young back in December so for the time being we’ll use that as his breakdown. We’ll get into some other things I’m often asked about including bubble teams (those will run on Wednesday), coach of the year and other such awards.

If you ask a casual college basketball fan to start listing point guards in the Big 12 you’ll rattle off names like Trae Young, Jevon Carter and DeVonte Graham right away. You might even name a guy like Manu Lecomte due to his breakout year last year and playing for Belgium this summer in EuroBasket. At some point you may say the name Keenan Evans and I’m here to tell you that if you don’t mention it right after Trae Young you’re missing out. Keenan Evans has been one of the 10 best players in the country this season all while being the most underrated player in the country.

Evans, a 6’3″ senior, made a jump last year during his junior year and first year with Chris Beard. This season though he’s the main reason as to why Texas Tech is a top-10 team and battling for a No. 1 seed in the NCAA Tournament. Evans is averaging 18.6 ppg/3.5 apg/3.2 rpg/1.3 steals per game all while shooting 49% from the field. His 3-point shooting has taken a hit this year though going from 43% to 34%. What he is though, is similar to what Jevon Carter brings to West Virginia. He’s the leader of this team and the Texas Tech offense goes really as far as Evans takes them. On top of that he’s an elite defender, looks to take the dagger shot and is one of the more efficient players in the country. Last week against Texas he scored 38 points on just 13 shots, while pushing the game to overtime by getting to the free throw line with a few seconds left. Then in overtime he did this:

The week before that he basically won the game at South Carolina with 31 points on 12 shots and hit a huge three late in the game.

Evans is scoring 1.106 points per possession this year, which ranks him in the 94th percentile nationally according to Synergy. If you throw in Texas Tech’s points per possession on Evans either scoring or assisting it’s 1.328, which is still in the 91st percentile nationally. They like to use Evans in ball screens and let him attack from there. That said, his play breakdown on Synergy is fairly balanced between PnR, spot up and ISO sets. One set they really like to run to get Evans the ball is below, but what they do is run him from one wing to another off a staggered screen. The hope is a switch from the outside big onto Evans due to the double screen and then let him attack off the turn screen from there. Against Texas this was run over and over again, this time you can see the switch with Bamba on him and then he gets to play PnR against Bamba and Osetkowski. Game over.

You can see his efficiency shooting out of this set below as well. I pulled his shot chart for the entire season on just shots deriving from the pick and roll set. You can see he prefers to get into the lane, but this is where he really looks to beat you from three as well. 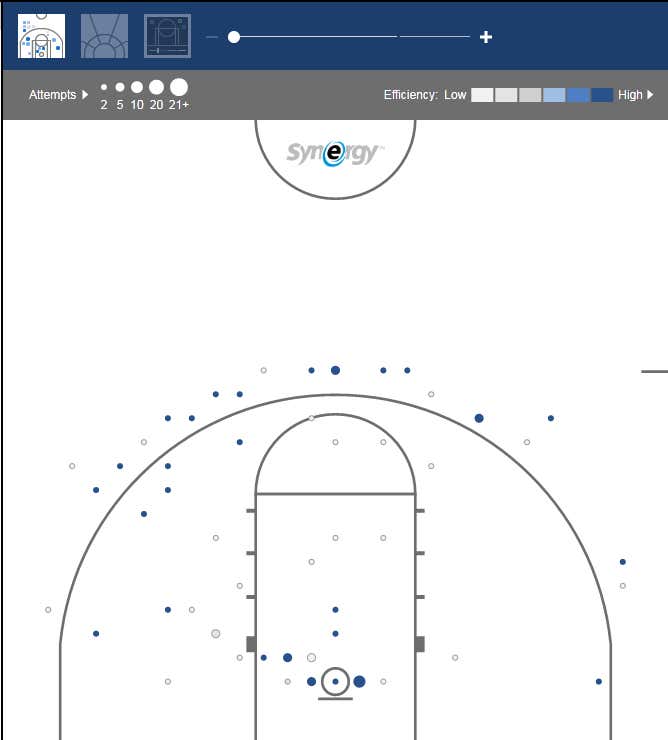 Defensively he’s one of the main pieces for Tech’s top-3 defense according to KenPom. His ability to switch multiple guard positions while applying pressure on the ball is important. Remember, Tech will switch from a pack line defense to a jumping press and that’s all due to Evans’ ability (along with teammates) to defend. Evans is not only putting up these absurd numbers, he’s doing it in the best conference in America this year.

Shout out to Rob Dauster who is the first one I remember reading a weekly NPOY rankings blog. I’m not saying I stole this idea from him, but it helped.

This gap is closing by the way. Brunson isn’t out of this

coach of the year+ 4 Tags