It’s a damn shame that the Edmonton Oilers are such a mess this year because the world deserves to see Connor McDavid in the playoffs every single year. What this kid is able to do with a puck on his stick isn’t human. I mean just look at this right here. Look at where McDavid is on the ice and look at Vasilevskiy’s positioning. in the net. 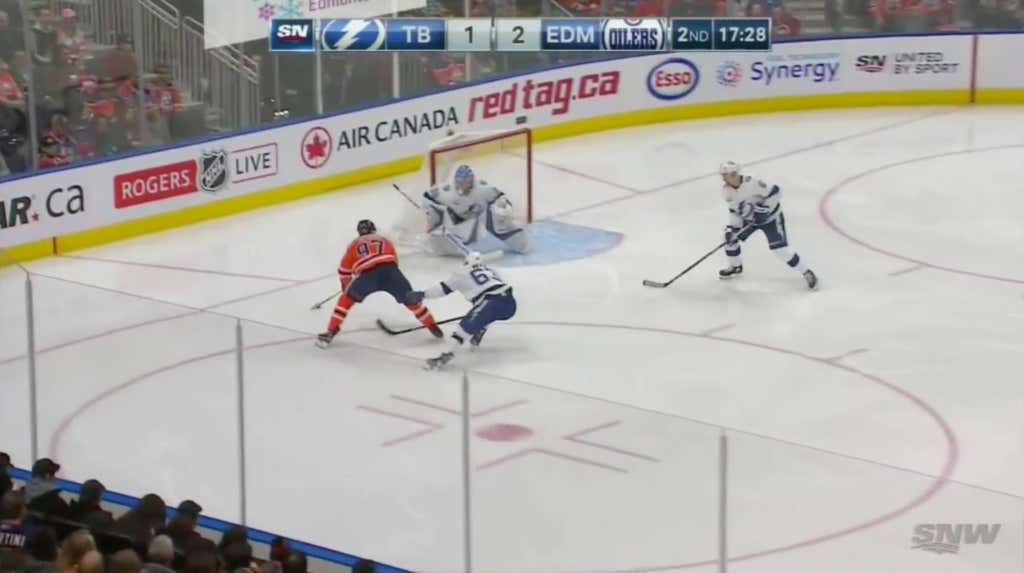 There are over 7 billion people in the world. I don’t have an exact number on this but I’d be willing to say roughly 0.000002% of the world’s population could score in this position, especially going up against a goalie who is currently 3rd in the league in save percentage. And what does Connor McDavid do? 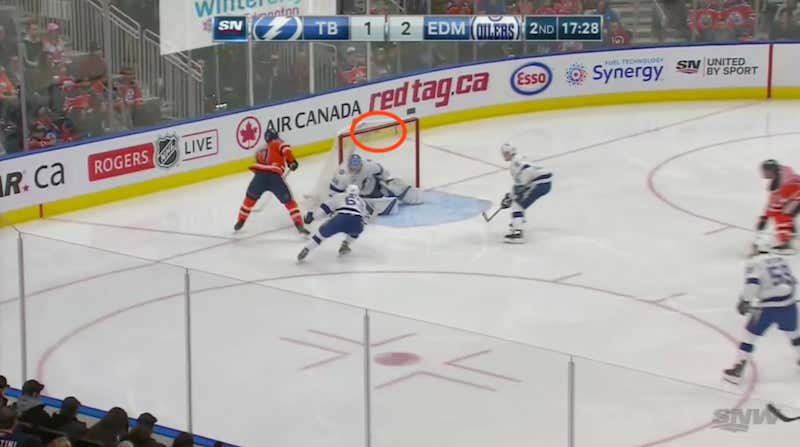 Stuffs that puck in an elevator and takes it to the penthouse. Nasty nasty nasty.

He had already scored the 1st goal of the game. Had an assist on the Oilers’ 2nd goal of the night. Scored this beauty right here and finished off the night by scoring the final 2 goals of the game. 4 goals, 5 points in a 6-2 win over the best team in the NHL. The Edmonton Oilers owe the hockey world an apology for fucking up this season because once we get out of that last week or so of April, we won’t get to see McDavid again until next year. This is a team that needs to be in the playoffs year after year after year. Not just for the city of Edmonton, but for the sake of our sport. Tough to keep growing the game when one of the best players in the world is dealing with a dysfunctional organization. Guess that’s what happens when you bring Pete Chiarelli in though.