KAISERSLAUTERN, Germany — It was past midnight last summer when former U.S. soldier Elliot Montalvan unexpectedly drew on his Army combat training at a casino in the small Bavarian town of Heidingsfeld.

A 48-year-old masked, armed man entered the gambling hall where Montalvan was working.

When Montalvan, 35, who served in Operation Enduring Freedom in Iraq, saw the robber approaching him, he thought it was a joke. The man was wearing working gloves, a ski mask, a Batman mask and a scarf.

When Montalvan saw the gun, his first thought was that he needed to get control of the situation. He leaned on his infantry training from his Army service from 2004 to 2010, which included time with the 172nd Infantry Brigade, 1st Battalion, 2nd Infantry Regiment out of Schweinfurt, Germany.

“I started pounding him with a closed palm,” he said, using a technique he had learned in the Army.

Even that wasn’t enough. After a few minutes of scuffling, he used a wrestling hold and choked the man until he lost consciousness.

What a video. That was like walking through an MMA fight. We started with some stand up after meeting in the middle of the octagon. 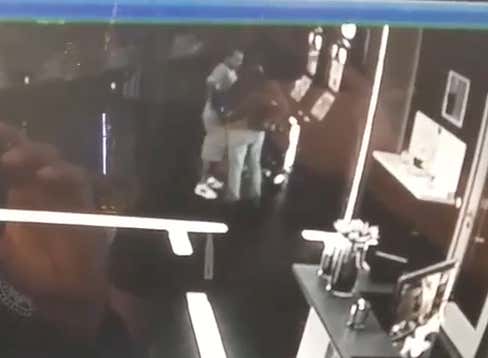 Our champion immediately then moves to take the back of the robber. Pins him against the cage just a little bit. Loose pin. Needs some room to throw some heavy hands. 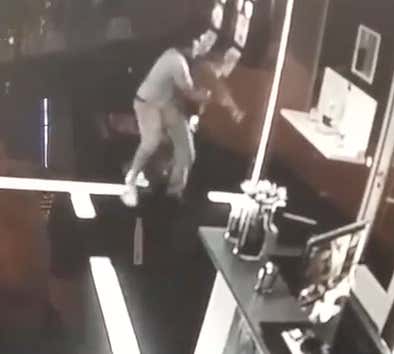 After that, we move to the ground. A little judo toss action. Nice. Kept his weight on his opponent so that the opponent absorbed both his weight and the force of the ground. 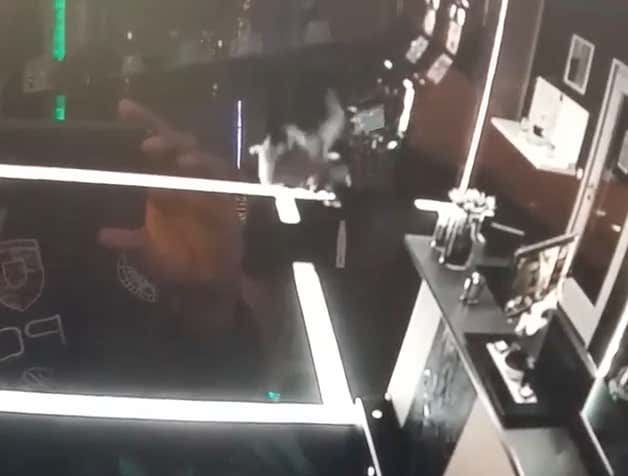 Ah. Now we’ve shifted into full mount. Rabbit punches to the side of the head and ears with the palm. Palm strikes protecting your knuckles and hands. 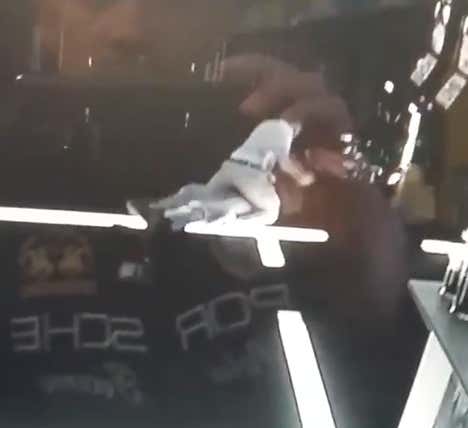 He used that to set up the rear-naked choke. It’s locked in and deep. He crosses his ankles in the front to really sink it in and not allow the opponent to shift his weight. 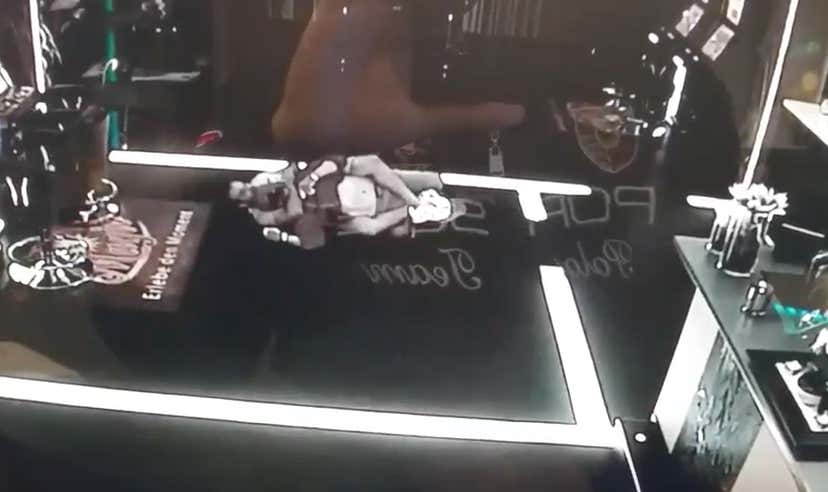 And that’s all folks. No escaping there. 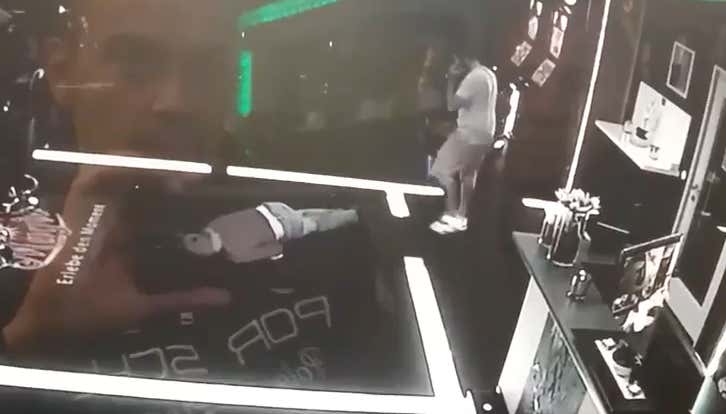 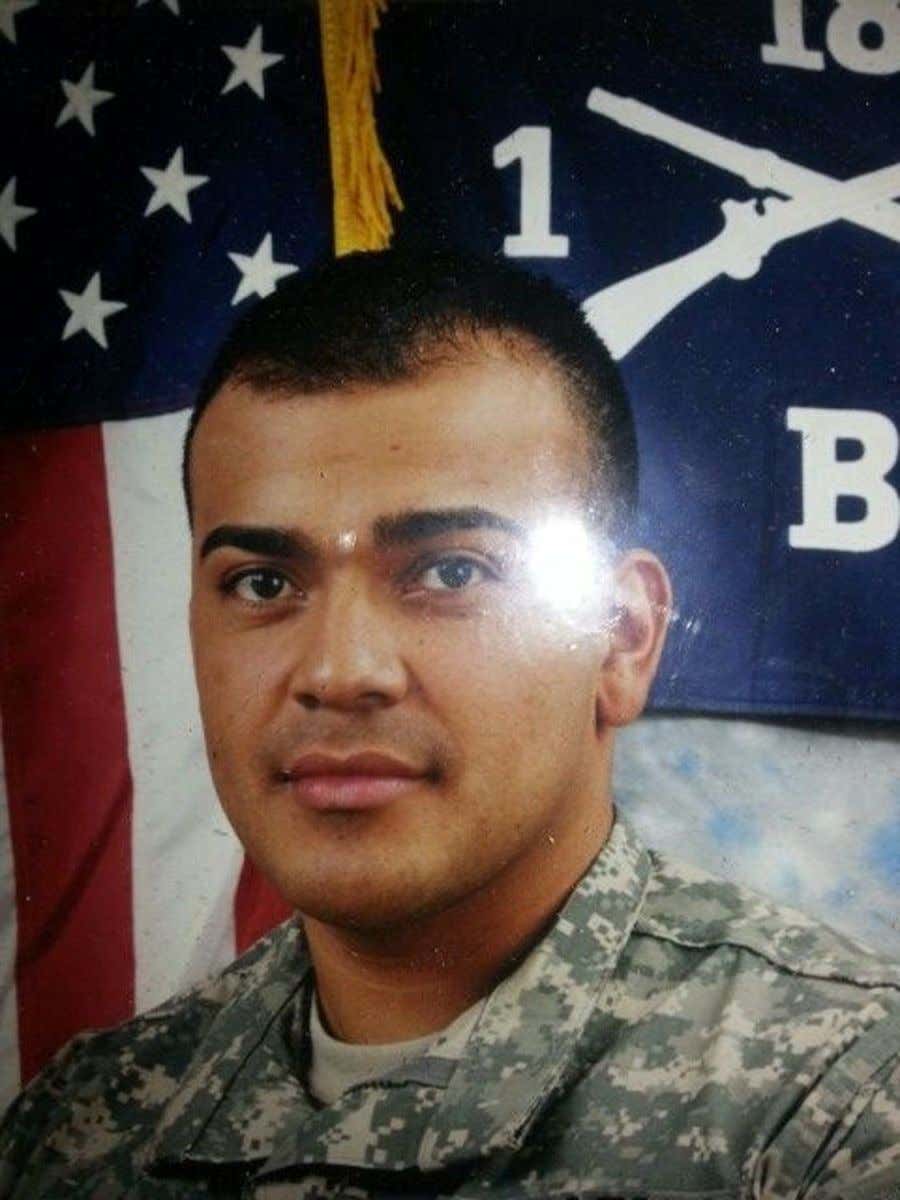