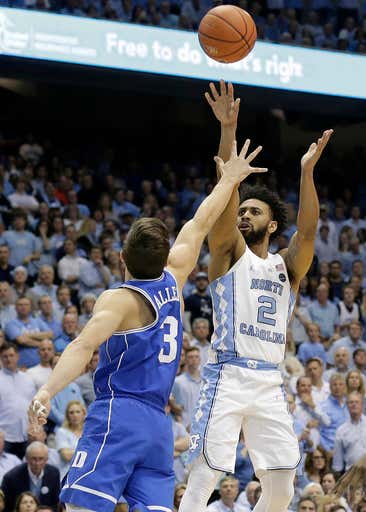 For the first time ever we will see college players get paid to play basketball – sort of. I blogged about this event back in August when it was released, but there will be a 3-on-3 held at the Final Four with a $100,000 purse. The key here will be the event will be for seniors who have exhausted their eligibility (and not playing in the Final Four) only.

We found out more details about the event. Full disclosure though, I’m on the selection committee for this event and will be doing some things with the event along with helping select the teams, so you may have seen me tweet about it if you follow me on Twitter. Now, there’s obviously a selection committee – there are 19 of us that will vote on the teams. All 32 conferences will have a team of four players. Out of those four players, no more than two can come from the same team – meaning you can’t essentially just field Seton Hall or Purdue out there if they aren’t in the Final Four.

I love that every conference will be represented and we’ll get to see these guys really go at it. Along with that, pool play will be eight pools of four teams and they will be selected based on conference rankings. That means you’re not going to get a pool with the ACC, SEC, Big East and Big 12. So we’ll get a bunch of games of smaller conferences going up against the bigger ones.

The entire pool play through the semifinals will be streamed on Twitter Live and then the championship will be on ESPN2. Pool play starts on Friday March 30th with 24 games being streamed on Twitter from 7pm-midnight. Then there will be pool play against on Saturday from 11am-4pm leading into the Final Four. Finally we’ll have the best-of-three championship game along with the quarters and semis on Sunday. All games will be played at St. Mary’s in San Antonio.

The players will have a day on Thursday to learn more about the game and have a day to practice with their new teammates. All flights, hotels and per diem will be courtesy of Intersport (the company that has put this together along with title sponsor Dos Equis). Intersport also runs the dunk contest and 3-point contest at the collegiate level.

The games will follow the rules of FIBA play, meaning they will be halfcourt with no checks. Games will be 10 minutes long or the first to 21 points, playing by 1s and 2s. There will be no coaches, just the four players voted to head down there.

I’m incredibly excited for this event and think it’s awesome there’s a chance for these guys to win some money, even if it’s just a couple hundred bucks. The event should be a bunch of fun in person and over all formats you can consume it. The preseason teams were already released (no kidding) and there will be another release of teams at the end of this month. Then the final teams will be announced over a live stream on Twitter the week before the event once the Elite Eight is over with.

So with that in mind, I’ll ask you. What four seniors do you have representing your favorite conference?