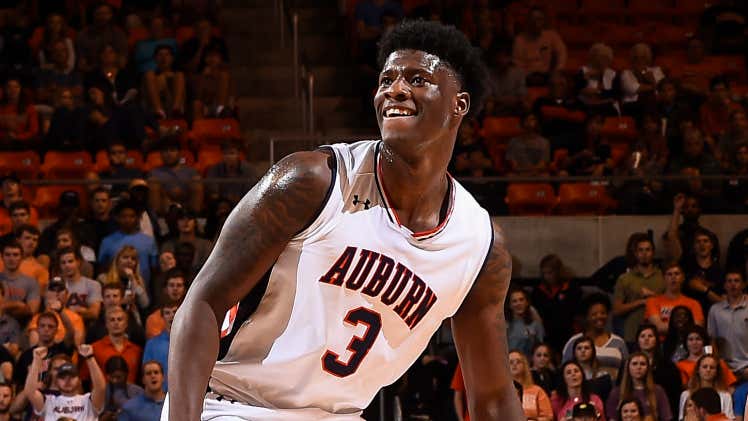 Well, here’s some more news breaking today months after the FBI scandal broke within college basketball. Auburn, one of the programs who was lost an assistant coach and players from this has actually been the one team to not have a disappointing season. The Tigers sit at 21-2 overall and 9-1 in the SEC despite being without Danjel Purifoy and Austin Wiley this year – arguably their two most talented players.

The NCAA already ruled on Austin Wiley, making him ineligible for the year. Due to that, Bruce Pearl announced earlier today that Wiley will test the NBA Draft waters this offseason – as he should.

Purifoy will also test the NBA Draft waters this offseason, but for the time being we’ll see if he ends up playing for Auburn, though it’s an extreme longshot that he will win the appeal. Purifoy is a 6’7″ sophomore that averaged over 11 points and 4 rebounds per game last year.

I plan on writing about Auburn’s season and scouting report in the next Contender Series that I run every Monday, but the main thing is they are playing positionless basketball and despite the fact they lost its two most talented players, the roster fit is there. Wiley is your typical post player, who demands the ball in the post and goes to work there. It can make an offense stagnant at times while Purifoy is a shoot-first wing. Auburn meanwhile has been excellent with a balanced roster and extremely efficient on the offensive side of the ball.

There’s no timetable for the NCAA to make a decision either way on the appeal, but it’s worth mentioning that it’s out there.