The most important flight to land at Philadelphia International Airport ever. The Birds have landed and the Lombardi Trophy is officially in the city of Philadelphia. The City of Champions.

Never thought that watching a group of grown men step out of a plane would be a must-see event, but the place was packed with fans who have probably slept for a combined total of 2.5 hours over the last 24. 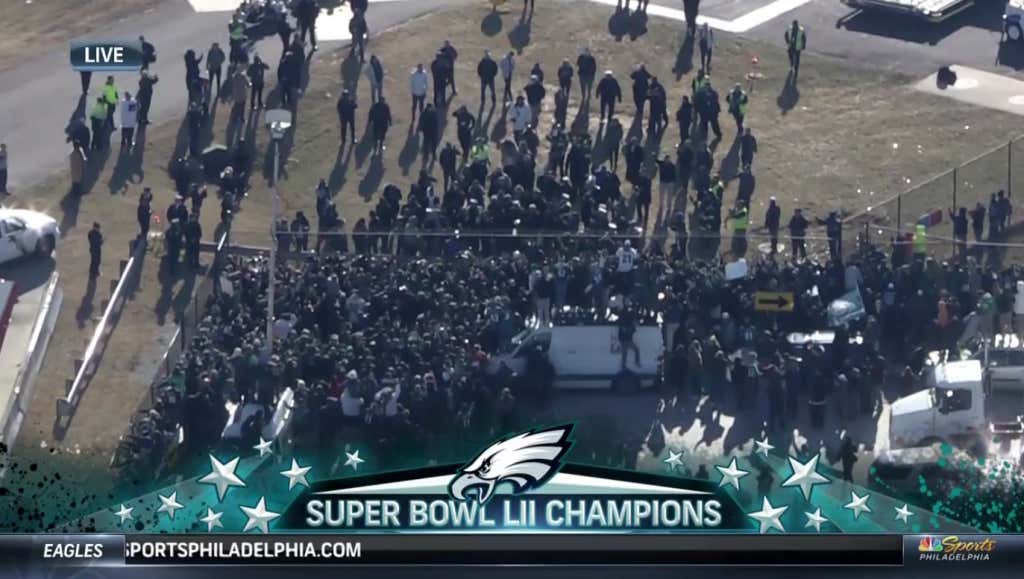 Awesome moment with the Eagles showing some love to the fans and bringing the Lombardi over to them. The party’s been going for a while now. It’s gonna keep rolling through Thursday at the parade. It’s gonna keep going into the weekend. I said this earlier today but I really have no idea when it will stop. This is a city who has been waiting for an Eagles championship since 1960. We’ve been waiting for an Eagles Super Bowl for forever. There are decades and decades of pent up celebration that has just been unleashed. Let’s have ourselves a week, Philly. Let’s have ourselves a week.

Still waiting on Nick Foles to get back to town as he’s currently slangin’ that footlong python between his legs down in Disney World. 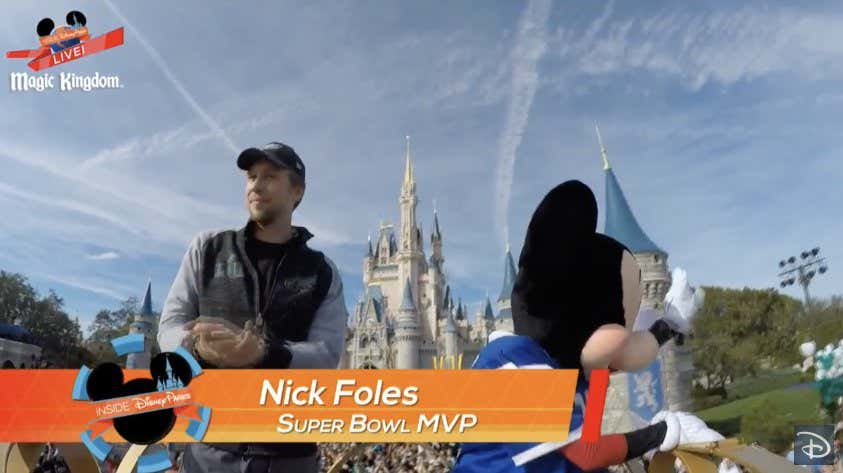 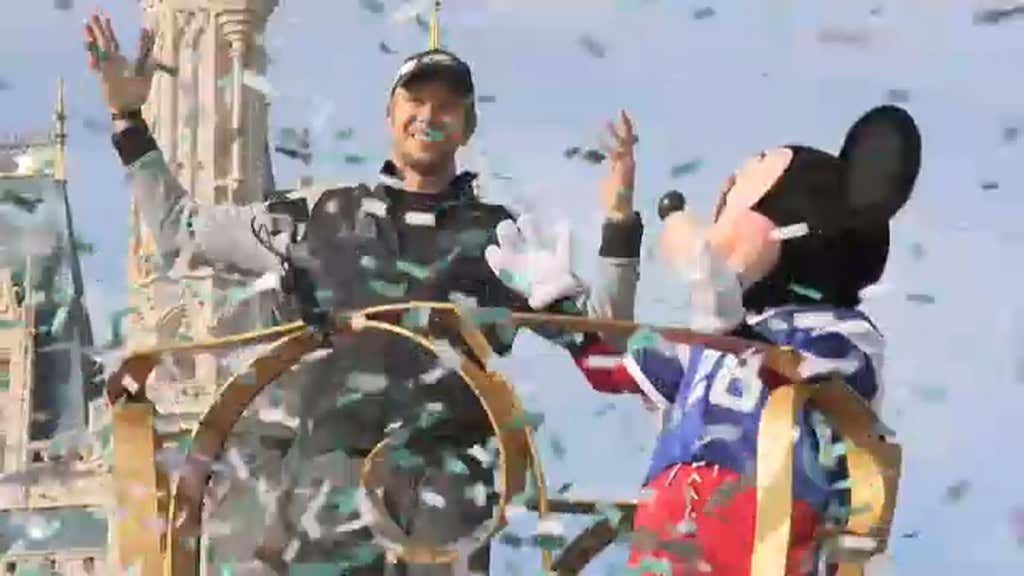 Nick Foles. Super Bowl MVP. What a time to be alive.

And if you’re looking for updates on the Patriots’ plane? Alshon Jeffery has you covered.