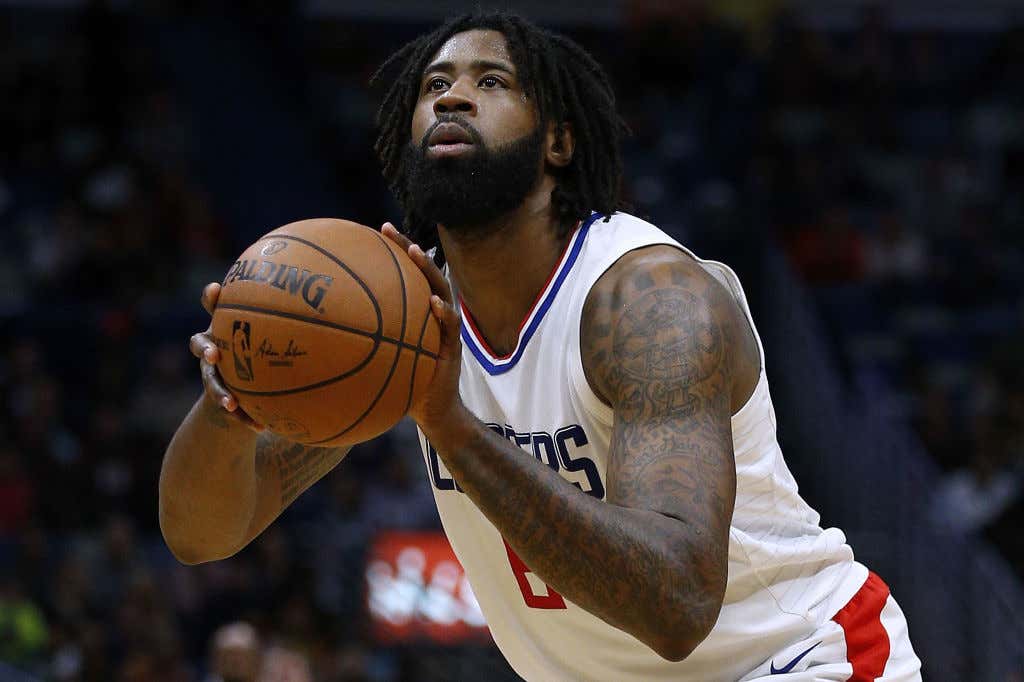 DeAndre Jordan being tied to the Cavs isn’t exactly news. The Clippers are blowing up their team and with Jordan’s contract situation giving him a player option as to whether or not he hits free agency, it makes sense for the Clippers to try and get something back for a guy who can walk for nothing. But that exact fact is why trading DeAndre isn’t as easy as it sounds. Add in his salary of $22M and $24M if he opts in, there aren’t a ton of teams out there that can make things work.

Cleveland, is one of the teams that can.

We all know the Cavs have to do something to address their defensive issues. It was bad before Isaiah, it’s worse with him, and with Love sidelines for a while there is no help on the horizon to drastically improve it. From a money standpoint, these salaries make it work, and the Clippers get a 1st round pick and a young big who is locked up for a few more years. Not to mention the Kardashian effect. I think it’s a rule that at least one boyfriend has to play for a LA team, and this move would replace the departed Blake Griffin so there’s that to consider as well.

From the Clippers side, that’s not a terrible return for a guy who could leave you with nothing. Looking around the league, who else really could use Jordan? Maybe Dallas or Milwaukee? If we’re being honest, Cleveland is really the one place where he’s needed most. Here’s the problem with that from the Cavs side though. If their goal is to build a roster that can win a Finals, are we sure you can play Jordan against the Warriors? We know they can play Thompson because we’ve seen them win a title doing it. Despite his down year, JR Smith is still a shooter who can get randomly hot and win you a game based on the style the Warriors make you play, and then also you’re giving up another 1st round pick when you don’t know what the hell Lebron is doing. Let’s say Jordan knows Lebron is leaving and he doesn’t come back either, you’re now out his replacement and a first round pick. There’s certainly risk in that.

Then you also have to factor in this…

It’s only a matter of time before GM Lebron pulls the trigger on something, so I advise you to buckle up, these next few days are going to be a wild ride.