Are Philly fans going to be pissed about this? Yup! Was it worth it? Yup! This six-second video has been on the internet since 10:30pm last night, call it sixteen hours, and it’s already been viewed over a million and a half times. Is it in poor taste? Maybe. Perhaps it is. But guess what? We’re talking about it, aren’t we? And that, my friends, is how marketing works in 2018. It ain’t about right or wrong — it’s about efficiency. Doing whatever it takes to reach a larger audience.

You see, without even saying any words in their video, Duracell found a way to create a viral ad because they triggered Philly fans AND got everyone outside of Philly to partake in said triggering. I don’t know what it is about Philly fans. I love the passion that they have for their sports teams, but they have a really hard time coming to terms with who they are as sports fans. If you mention anything about them burning their own city to the ground, which they did, then they’ll tell you to look at celebration videos that were recorded away from where the fires were set. Touche. You got me. 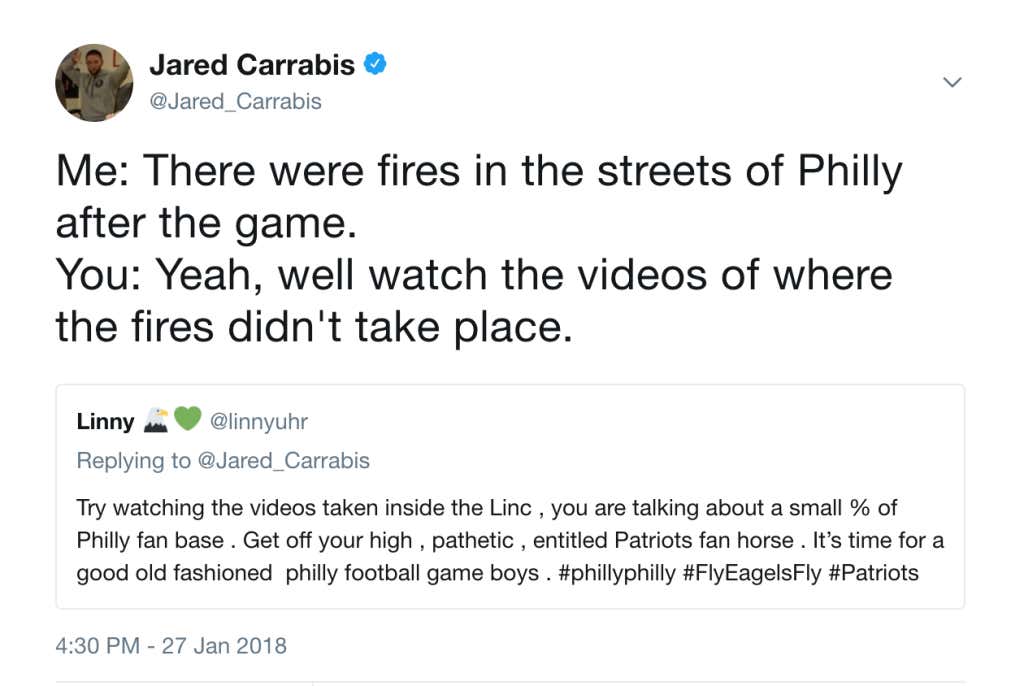 If you mention anything about their fans throwing batteries at people, then they get all defensive about battery-throwing being a myth, even though there are documented examples of it happening, and even Philadelphia sports journalists suggesting in their columns to “Get your D-cells ready.”

We’ve got Philly fans out here eating horse shit off the street, and they get more defensive about throwing batteries than going to town at a horse shit buffet. That’s where they draw the line. Oh, yeah I ate some shit that came out of a horse’s ass last night, but don’t you fucking DARE insinuate that we’re out here chucking Double-A’s at people, you fake news, son of a bitch.

Philly, man. You guys are crazy. I like you. But you’re crazy.