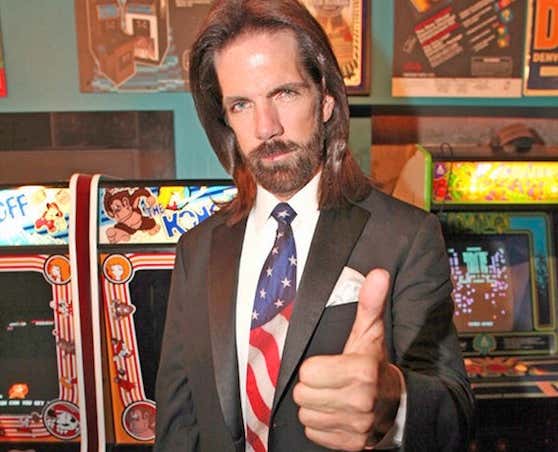 Engadget- Just days after video game high score champ Todd Rogers was stripped of his Dragster title for mathematically impossible times, the man who was the Donkey Kong king for almost 20 years has also come under scrutiny. Billy Mitchell’s 2010 high score for Donkey Kong has been called into question on a Twin Galaxies dispute forum by Jeremy Young, the moderator of Donkey Kong Forum (DKF). Young has presented a wealth of evidence to show that Mitchell’s performance was likely faked, and has thus removed the high score from DKF’s leaderboard.

Twin Galaxies has been the arbiter of video game leaderboards since 1981. It manages forums dedicated to fairly judging the veracity of scores as they’re submitted by various parties. Other organizations, like the Guinness Book of World Records, rely on the leaderboards to award their own titles. When Twin Galaxies stripped the top ‘Dragster’ title (and all the rest of his high scores) from Todd Rogers just last week, Guinness soon followed suit. At press time, Twin Galaxies has not removed Billy Mitchell’s 2010 achievement from its main Donkey Kong leaderboards.

The issue is convoluted, though laid out with precision by Young in his explanatory post, which is accompanied by dozens of GIFs. “In summary,” Young wrote, “these GIFs show that each of the Donkey Kong world record direct feed recordings presented by Billy Mitchell and verified by [Twin Galaxies] were generated in MAME and not by original Donkey Kong hardware.”

So this story hit the streets on Friday afternoon but I wanted to blog it on Monday so there would be time for the dust to settle as well as an easy explanation for exactly why Mitchell is being accused of bending the rules. From what I can gather, there are some discrepancies with the arcade hardware that was running Donkey Kong during his high score runs and that’s where this all comes down. There are also GIFs breaking down the inconsistencies, multiple companies leaderboards being referenced, and crazy technical shit that makes me go cross-eyed as I read it. So if you want to dive deep into the particulars of it, go to the Engadget article and check it out for yourself. I think simply writing it on Barstool would cause the blog’s technology to implode.

I am here to talk about the greatest villain ever put on God’s green Earth, Billy Mitchell. I can’t really put into words how awesome of a villain Billy Mitchell is unless you have seen The King of Kong, which is best documentary of our lifetime with drama so ridiculous it has to be real. If I could throw a Must Watch tag on one movie, it would be The King Of Kong. And if you don’t want to take my word for it, take Portnoy and Big Cat’s word, since they are always referencing Billy Mitchell. If you haven’t seen it yet, consider it homework. Watch the full movie below and then continue reading the blog.

You can use the trailer if you want to cheat a little.

See?!?! I told you Billy Mitchell is the GOAT. Billy Mitchell having a hit piece about his high scores drop right in the middle of the Super Bowl Friday news dump is peak Billy Mitchell timing, which had to drive his critics craaaaaazy. Donald Trump dreams of twisting a knife into his haters (of which there are many) like that. Mitchell’s game goes from him Jesus hair tips to his shit-talking lips to his magical finger tips. He is the Ric Flair of video games and whether you like it or not, learn to love it, because its the best thing going.

Don’t get me wrong, I ride with Steve Wiebe all day, erryday. But if you can’t appreciate a big baddy like Billy Mitchell, you stink. Great villains are what make great video games. In fact, I don’t know if this news even hurts Billy Mitchell. The guy has been living in the mud for so long, stories like this coming out when the entire world was talking about a football game only make his credibility as a no good dirty scoundrel even better. If Billy ever wants to come on Gametime and dispute the claims or just play some DK and sling some hot sauce, we are here for him. Because whether you love the man or hate the man, when you see this picture, the first word that should go through your head is “Legend”. 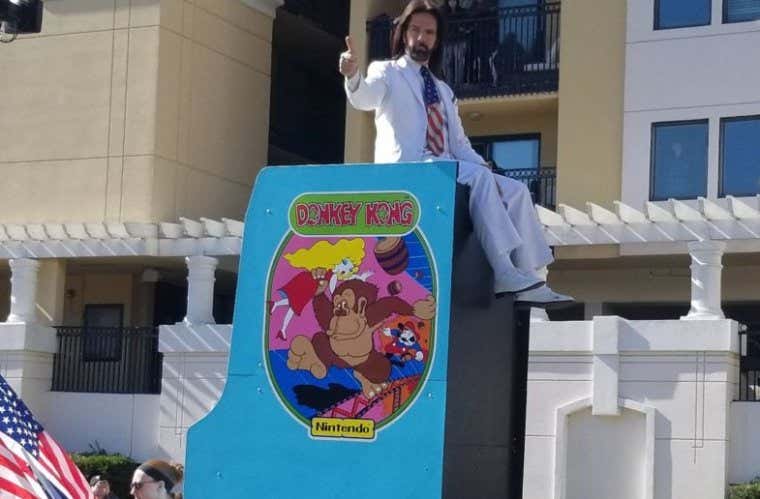