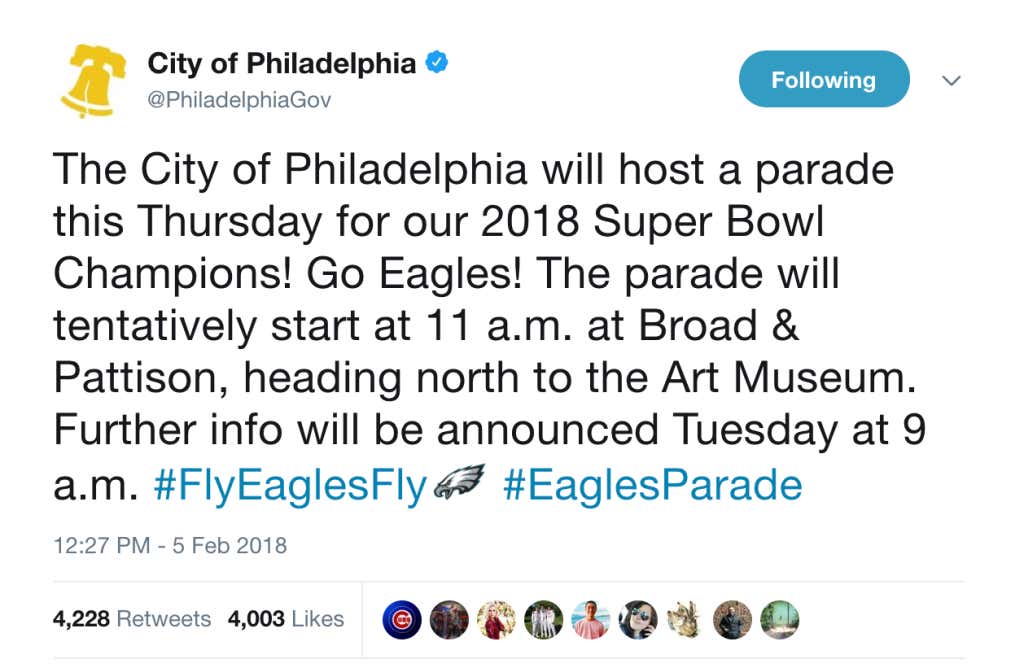 I’ve had faith in this team and this city my whole life. I always knew that the day was eventually going to come, I just didn’t know when. Even still, these are 5 words that I can’t believe we’re actually saying out loud–

For the first time ever, the Philadelphia Eagles get to ride up Broad St and throw this city the biggest party we’ve ever seen. It’s a glorious thing. Thursday is the day that everybody in this city has been waiting their entire lives for. Generations and generations and generations of Eagles fans have been waiting for this day to come. After so many heart breaking losses. After hearing the rest of the country constantly tell us that it’s never going to be our time. This is a city that has constantly stuck behind the Birds. Never once has this city abandoned that team even during the times when it seemed like all hope was lost (cough, cough, Chip Kelly you bastard, cough, cough). On Thursday, we finally get the celebration we deserve. And I highly doubt the party will die down anytime soon after that. Now let’s work on making sure that Meek is out of jail in time to perform at the parade.

P.S. – Love the parade ending at the Art Museum. I told you that #DefendTheStatue was going to be worth it. The biggest party in Philadelphia history is going to be ending right where it belongs at the Rocky Statue. I’ll see you all there. 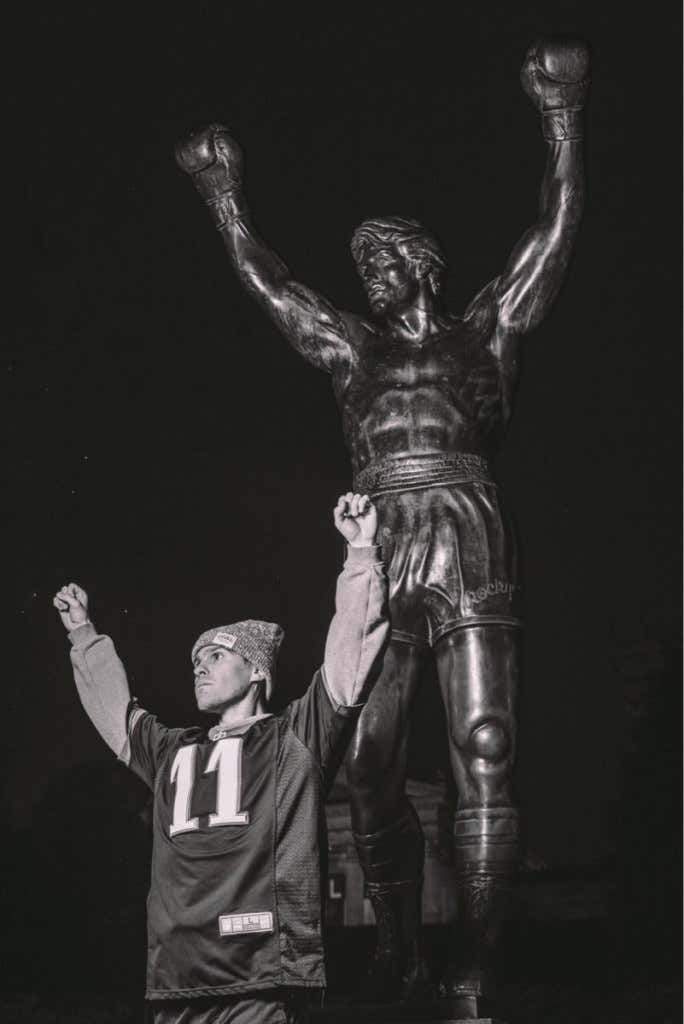 Shoutout to one of Northeast’s finest Michael Gray on snapping this pic during the Night’s Watch.