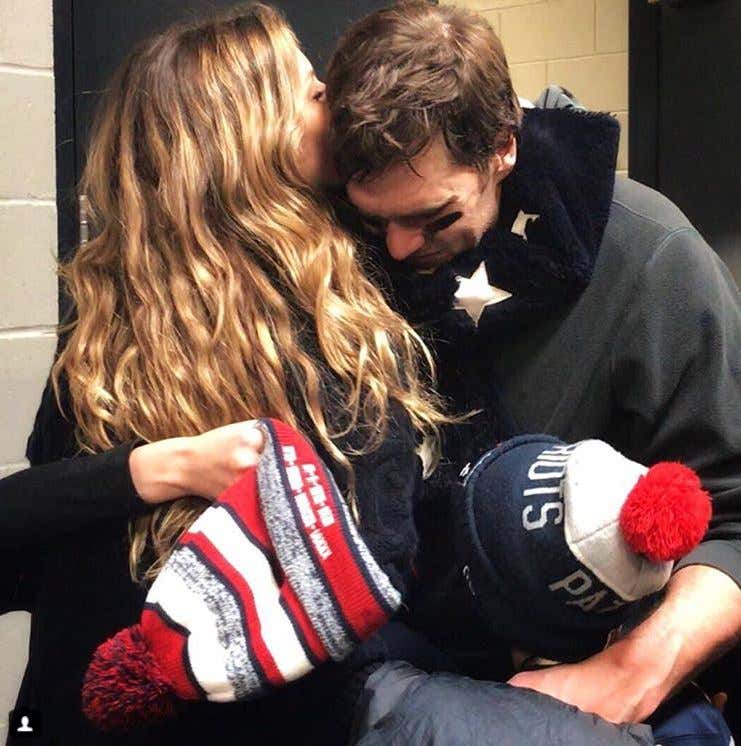 Let me start by saying a lot of lesser men would have just called in sick today. Just mailed it in. Not stepped up to face the music. I am not that man. I am here to answer all questions and criticisms. I don’t run. I don’t hide. I don’t want credit for doing it. I just want it acknowledged that I’m not a front runner. When the going gets tough I get going. I’m here through parades and devastating losses. I’m here to gloat when we win and face the music when we lose. That’s what being a man is about. That’s what being a Patriots fan is about. When you are the kings of the world there will always be days like this.

See that’s the thing about being a Pats fan. Everybody wants to see you fail. We’ve been the top dog for so long that it’s only natural for the rest of the league to hate us. For the rest of the country the only thing better than their own team winning is us not winning. I don’t blame them. If I didn’t live here I’d hate us too. Like nobody cares that the Falcons lost. Nobody cared when the Steelers or Chiefs got bounced. The only team people care about is the Patriots. They hate us with the white hot intensity of a thousand suns. Fans don’t boo nobodies. Leagues don’t run sting operations on loser franchises. It makes days like today that much harder to endure when everybody and their grandmother is piling on. When you have the KFC’s and other losers of the world mouthing off.

The bottomline is this. In an era where parity is king and the NFL strives for equality the Pats have been to 8 superbowls in 16 years, 11 AFC title games and 15 division titles.  (I don’t even know if these numbers are exact.  I’ve lost count they’ve gotten so ridiculous) Brady and the Pats have been to the Superbowl in half the seasons he’s been in the league. Before every season begins we know we have a 75% chance of being in Superbowl. If we don’t win it all than the entire season is viewed as a gigantic waste of time. We are left stunned and depressed and questioning the existence of god. Meanwhile other cities treat just making the playoffs like they won a world championship.

Why am I saying all this? Because on days like today it’s easy to forget how lucky we are to be Pats fans. There has never been anything like this run in the NFL and there never will be again. You wonder why everybody hates the Pats? It’s because for the past decade we’ve ruled the NFL with an iron fist the likes of which this league has never seen before. Does it suck we lost? Of course it does. Every year when you get to the end you need some luck. You need the ball to bounce your way. We didn’t have it this year. Last year we did. But over the last decade plus we’ve had more memories than most fanbases get to enjoy in 10 lifetimes. The tuck rule play, the Snow kick, 2 superbowl winning field goals, Malcolm Butler’s INT, 28-3 etc. We’ve also had our fair share of heart break. The helmet catch, the Welker drop, yesterday etc. You just can’t be in so many big games and not have your share of triumph and heartbreak. Would I trade places with Philly right now or any other fan base in any sport ever? Not in a billion years. Because when the season starts anew we know we already can pencil ourselves in for the AFC title game.