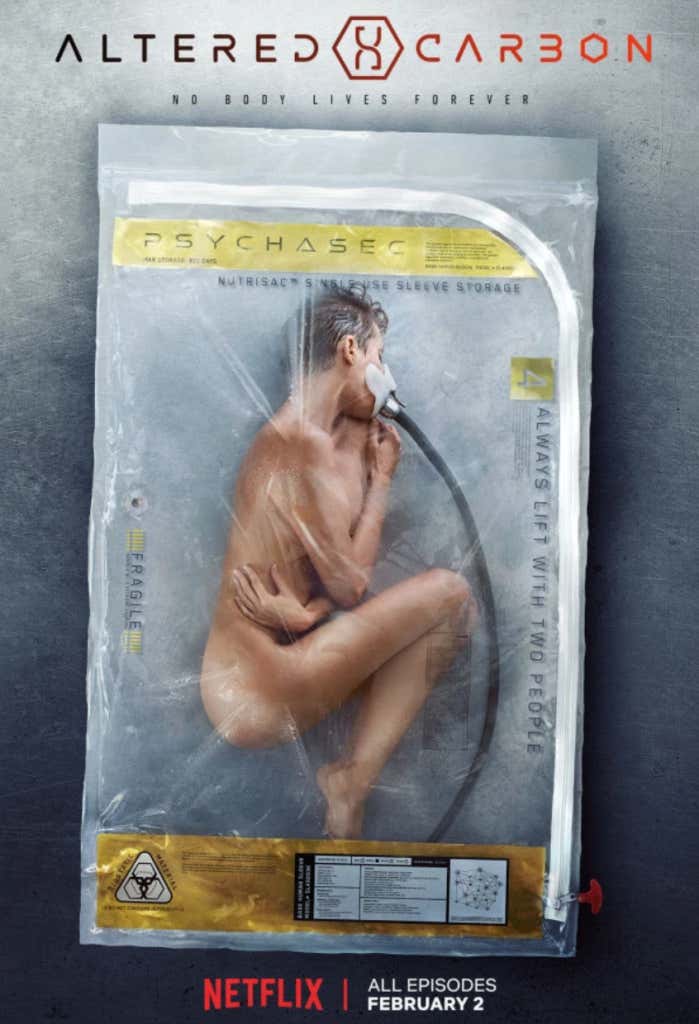 I’ve got a show for everyone.

I know, the fact that I’m putting a show recommendation in blog form is a biggie.  I rarely ever do that.  But I got so hooked on Altered Carbon this weekend and plowed through it so fast I had no choice but to share it.

Basically I’m on a big time sci-fi, futuristic kick right now.  Once Black Mirror ended it left a void in my TV viewing that I’ve been desperately trying to fill.  Anything even remotely Twilight-Zoney I fired up and binged instantly.  Electric Dreams on Amazon, Inside No. 9 on Hulu.  I finally watched Blade Runner 2049 and it was insanely good.  So imagine how happy I was to find out about a new sci fi show was coming to Netflix with some actors that I love and a super cool premise.  The answer, very happy.

To be completely honest, there’s a lot of exposition in this one. They spell out a lot for you (something I normally hate but for some reason didn’t mind in this show.)    But still, I found it was really helpful to read a preview of exactly what I was going in to so I could understand it all faster and have a better idea what’s going on.

You can find REALLY good per-episode reviews on Vulture, but here’s the Kmarko very quick, layman’s terms summary of what the show is.

Poor people live on the normal, dark, rainy streets while rich people have built super high skyscrapers where they live above the clouds.

The human consciousness and soul can be stored on computer chips that are implanted on the spines of infants.

Therefore, your body is now known only as a “sleeve.”  If your body dies, the chip can be removed, put into another “sleeve,” and you’re alive again – looking like a different person, but alive just like you were before.

However – this process is very expensive.  So the rich live forever, while most of the poor not connected with shady black market shit often experience “real death.”  And the SUPER rich can have multiple copies of their own bodies in storage, with their minds syncing automatically to the Cloud every 48 hours.  To summarize – in the future, we have made it so the rich live forever.  Can you see a possible theme we might explore?

This is our main character. 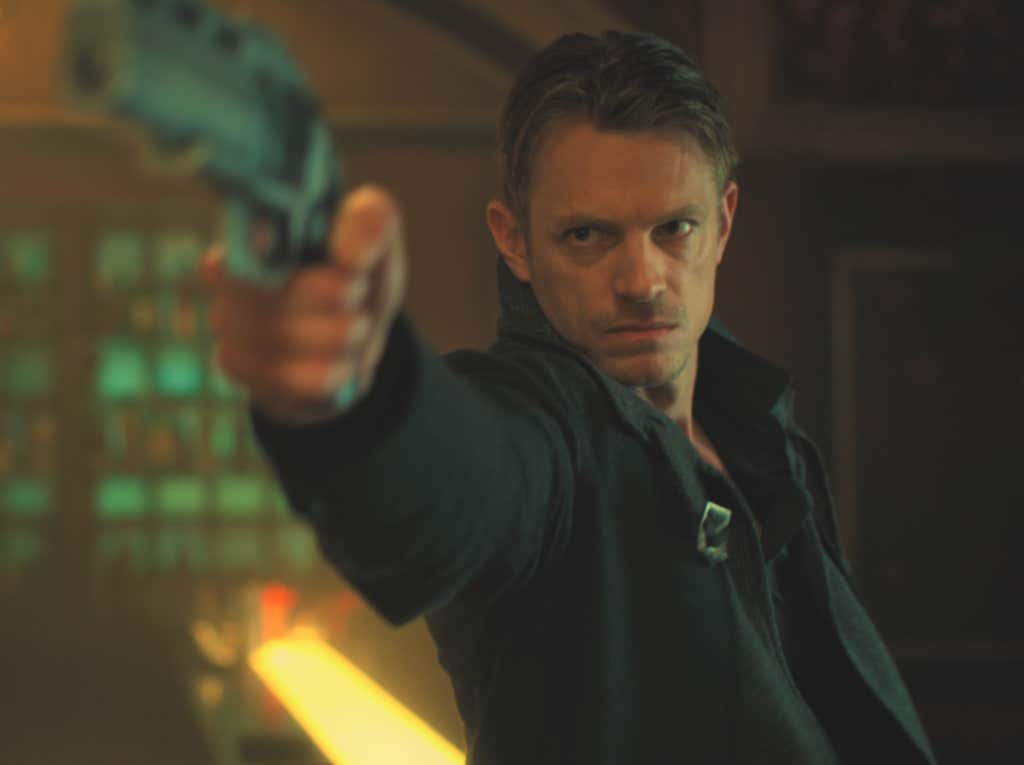 Ryker.  Joel Kinnaman from the Killing (or you might know him from House of Cards.)

But, he is really this dude: 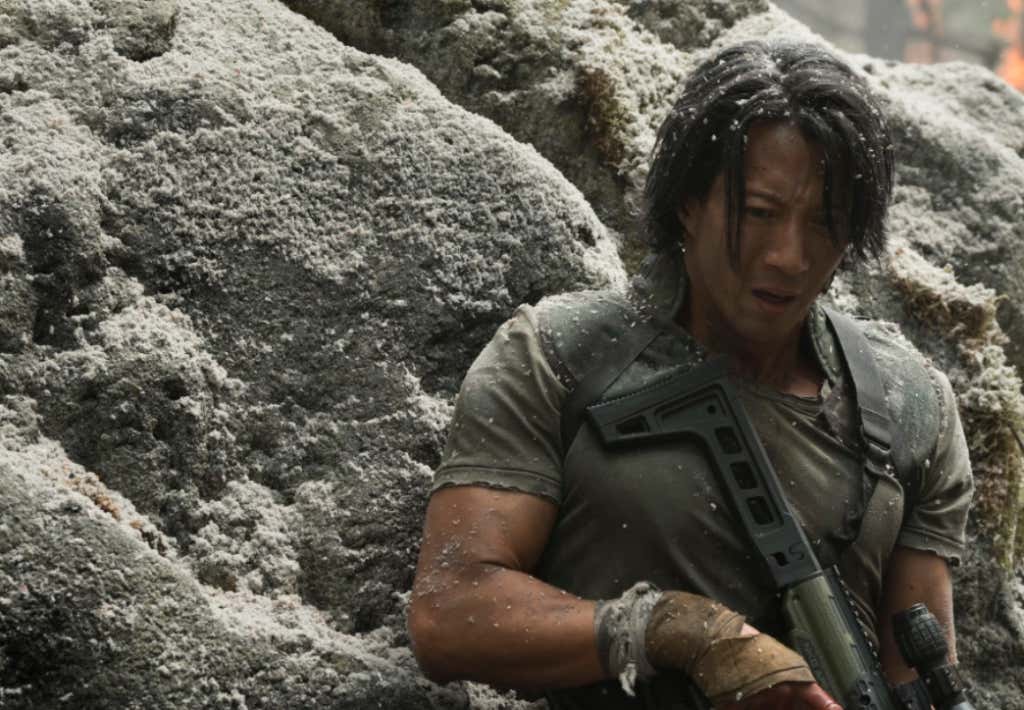 Takeshi Kovacs.  A mercenary who died 250 years ago and was kept “on ice.”  A lean, mean fighting machine who can kick everybody’s ass.   He was the last “Envoy” who fought against the “New World Order” of all this sleeving and resleeving shit.  Basically the Resistance against all the new technology.

So the main character you are watching is this Asian dude inside the body of the White dude.

Kovacs is brought back to life in the sleeve of Ryker (white dude) by this guy: 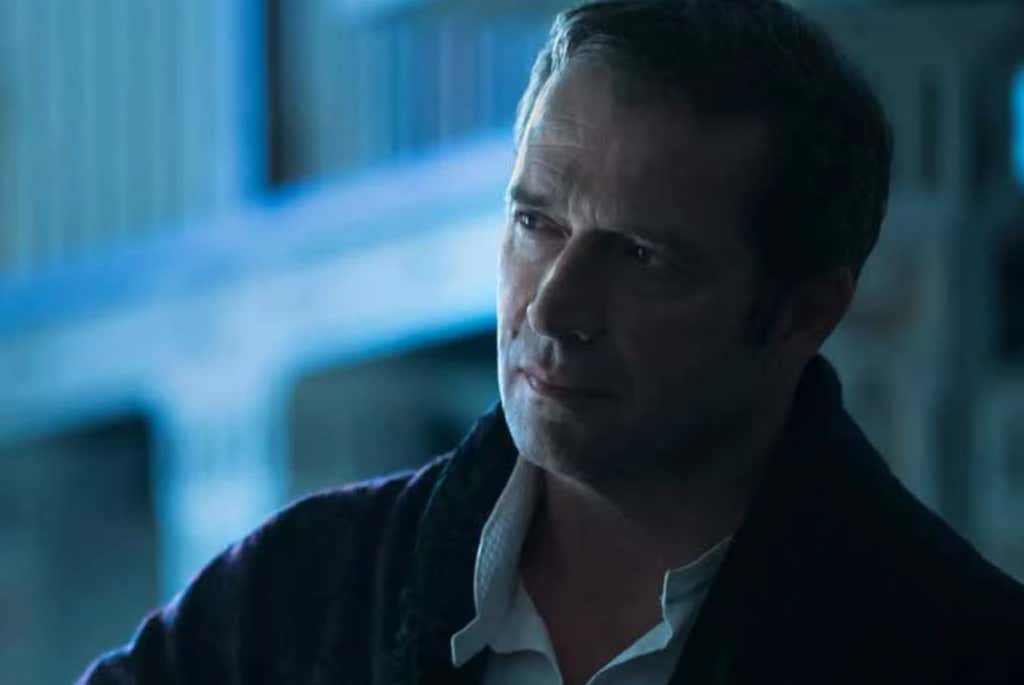 Laurens Bancroft.  (James Purefoy from Rome and The Following.)

The richest man in the world, times 1 gajillion.  The most powerful man in existence.  He owns everything and everyone and gets whatever he wants.

He brings Kovacs back (in the form of Ryker) and offers him a full pardon for all his crimes and unlimited money for the rest of his life in order to investigate and solve a crime.

The crime = who murdered him.

Bancroft was shot in the head in his home 10 minutes before his backup synched (even in the future, these fucking updates are still a pain in the ass.)  So he was able to be re-sleeved and come back to life obviously, but he has no memory of the 48 hours leading up to his murder and wants to know who killed him, and why. 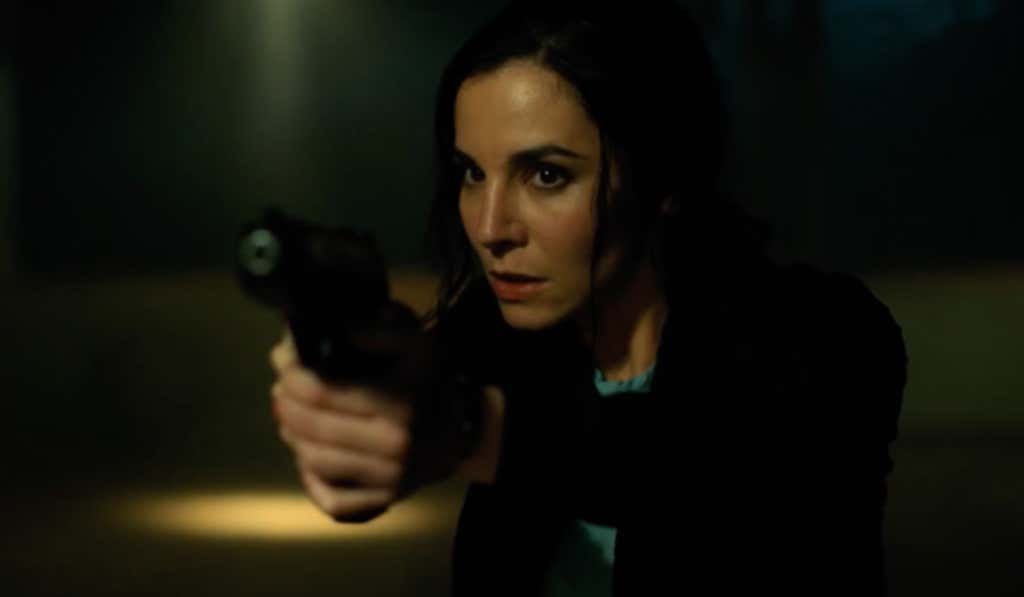 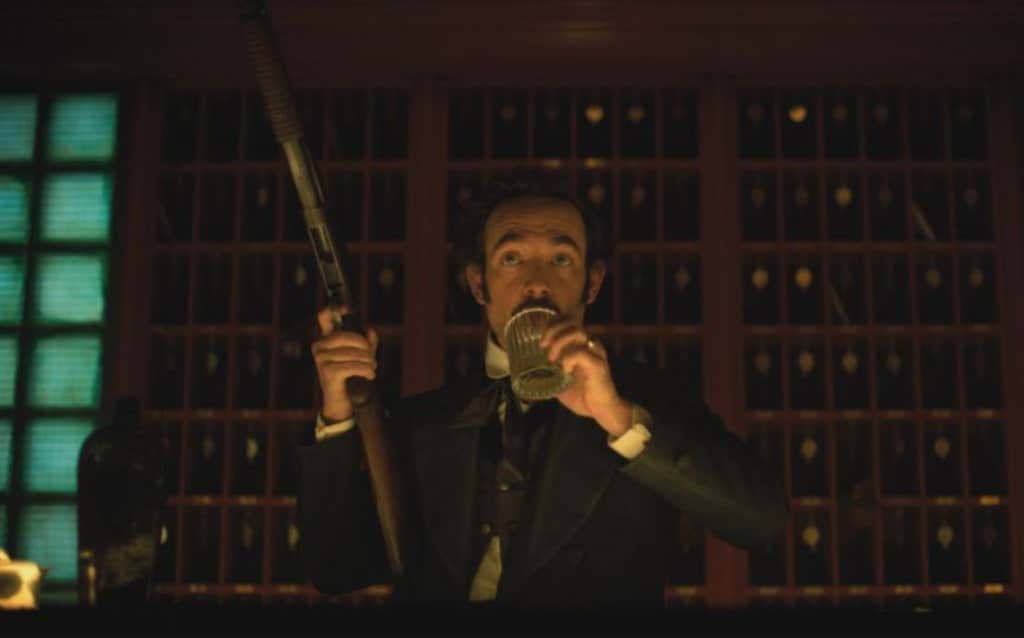 He’s the A.I. “owner” of The Raven hotel where Ryker shacks up.  He’s not real, he’s a computer program.  He drinks whiskey and gets Ryker’s back and is one of my favorite characters.

That’s the basic gist of it.  If all of that sounds stupid to you, don’t watch.  If it sounds very cool but super confusing, watch.  Trust me, it’s easy to pick up on.  If I can understand it you can too.  Like I said, there’s a lot of exposition, and the characters talk a lot about what is going on and what it means.  Yes that slightly dumbs it down, but it also makes it wayyy more accessible for us not-very-hardcore Sci Fi fans who at the end of the day just really want to be entertained.

Don’t listen to the Rotten Tomatoes score, currently a 65%.  A lot of the negative reviews are because of too much violence.  Lame.  There is a TON of violence, and it’s awesome.

And most importantly, the story is awesome.  It’s a “knock off” to be sure, but it borrows from so many different things (Blade Runner, Black Mirror, Minority Report, on and on) and combines it all to make it feel more original than just another rehashing of the basic “what would happen is humans could be downloaded” theme.

In conclusion, if you like fighting, sex, nudity and entertainment set in 2500, you’ll like this show I think!