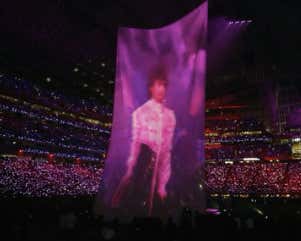 TIME  - Justin Timberlake sang one of Prince’s songs during his 2018 Super Bowl halftime show, eliciting a negative response from some fans of the late and legendary artist.

During his set, which was filled with new and old songs, Timberlake performed Prince’s “I Would Die 4 U” with a video of the artist singing his 1984 classic projected on a screen at the U.S. Bank in Minneapolis. The tribute to the Minnesota native also featured the surrounding city outside of the stadium lit up in purple.

The performance, however, stumped some fans who had criticized Timberlake for reportedly considering the use of a hologram to show Prince performing during the tribute. That version of the performance did not happen. Prince himself once said using a hologram to represent a dead artist would be “the most demonic imaginable.”

Still, the tribute with a video of Prince performing as Timberlake sang along and played piano upset some viewers, who expressed their disappointment on Twitter.

Am I missing something here? Does the entire internet not know what a hologram is? Obviously, it’s defined as a three-dimensional image formed by the interference of light beams from a laser or other coherent light source. Here’s a visual representation for you simpletons.

Creepy, right? Now compare that to this:

Can you tell the difference? That’s because you have eyes. And that’s because that’s not a hologram, it’s a California king bed sheet with a crudely projected image of Prince displayed on the side of it.

We shouldn’t be basing entire performances on off handed remarks Prince said decades ago.

That’s the most demonic thing imaginable. Everything is as it is, and it should be. If I was meant to jam with Duke Ellington we would’ve live in the same age. That whole virtual reality thing is really demonic….I am not a demon.

Regardless, I’m sure that if Prince was alive he would’ve been fine with it. Probably would’ve laughed at all the outrage. He had a great sense of humor, ask Dave Chappelle. 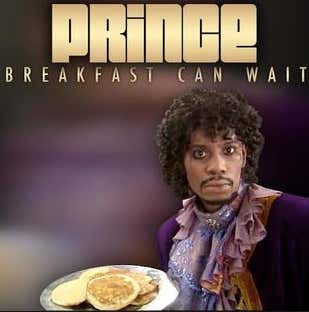 As long a purple was involved nothing else would’ve mattered and it was. So take a chill pill, internet, and let’s move on.