This morning I got a text message from my Star Wars sidekick Robbie Fox saying that he woke up with a fever and felt like bantha poodoo. He wanted to let everyone know he will have his usual millisecond by millisecond breakdown of this trailer once he feels better. But he also wanted me to get something out ASAP for all the Star Wars Stoolies. Poor kid probably didn’t sleep a wink last night because of all the excitement after the teaser came out during the Big Game™. If Star Wars has taught us nothing else, it’s that you have to pick up your buddies when things look bleak.

It’s next man up, whether it’s a galaxy far, far away or here on Earth. So here are my quick thoughts on the trailer:

– First, just an overall feel for the movie. I was scared this movie may flop when Lucasfilms was hiring and firing directors like it was a James Dolan run franchise. When they brought in Ron Howard as a replacement at the end of shooting, some of those fears were alleviated because at least they had someone with some pelts on the wall and trophies on the mantle to guide this thing home. But the amount I disliked The Last Jedi will trigger an alarm in my head before every Star Wars movie is released. And not just a little alarm. But that really, really loud Death Star alarm when the torpedo was about to hit the reactor.

– That being said, the trailer looks decent. Not great, but good enough to get myself and all the Star Wars fanboys excited. I will admit that Han, Lando, and the Falcon are three of my Top 7 or so favorite characters in all of the movies, so this film is really geared to my tastes. Han and Lando could just tell old stories in a Millennium Falcon looking fresh as fuck and I’d feel like I got my $15 worth.

– You don’t say “Oh my God that’s Han Solo” the first moment you see Alden Ehrenreich. But you also don’t say “That’s a Harrison Ford wannabe”. I gotta chalk that up as a W for Lucasfilms. Doing prequels with younger actors taking on legendary roles is tough. The fact that Ehrenreich had young Han’s smuggler demeanor and floppy hair down pat in a 93 second trailer gives me hope.

– My favorite thing about Han Solo is his ingenuity. He doesn’t wrap things up cleanly with a bow or beat everyone with The Force. He makes things work with duct tape and moxie. Some would even say that Han Solo introduced us all to grit. Seeing him take out a couple of villains pulling the usual Han Solo stunts definitely had me geeking out a bit. Han hiding on the side of the Star Destroyer in Empire may be my favorite actual move in all of the Star Wars movies. Dude was born with the clutch gene.

– And the humor gene. My favorite part was the end of the trailer. Not the Star Destroyer coming out of the fog which was AWESOME. 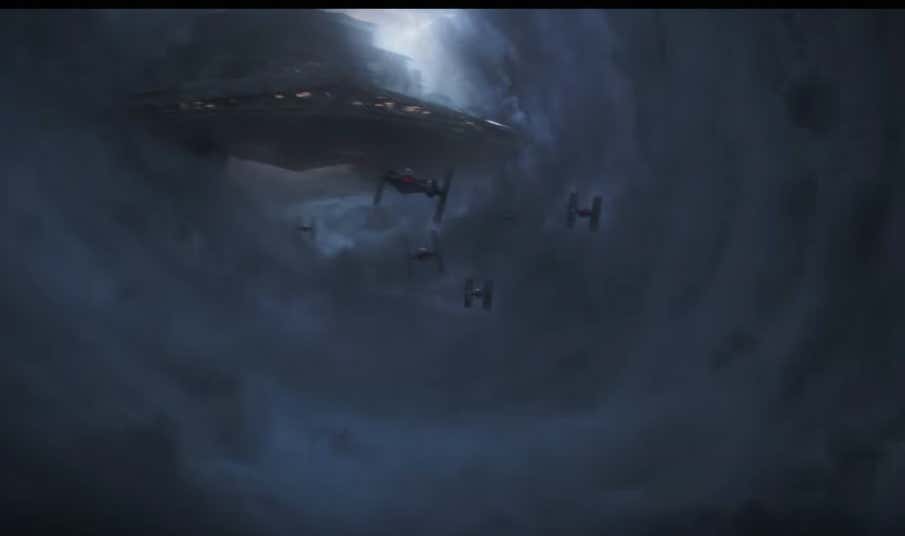 – But Han pulling a slick move with the Falcon to take down a ship, cooly saying everything is fine, and then everything being very much NOT fine in an almost hilarious fashion. Everything in that 5 second clip was the Han Solo character summed up to a tee and a huge reason why many of the funniest Star Wars scenes had to do with something Han Solo had said/done.

– REGULATORRRRRRRRS. Mount up! This holster move was simple yet effective and definitely made it move.

– Part of my hopes we get the Kessel Run. Part of me hopes what really happened is left to our imagination as the debate and misinformation about how fast Han could do it continues to be debated.

– As I’ve been saying for months, if there is one person in the universe that could pull off Billy Dee Williams’ coolness, it’s Donald Glover. And so far, so good. 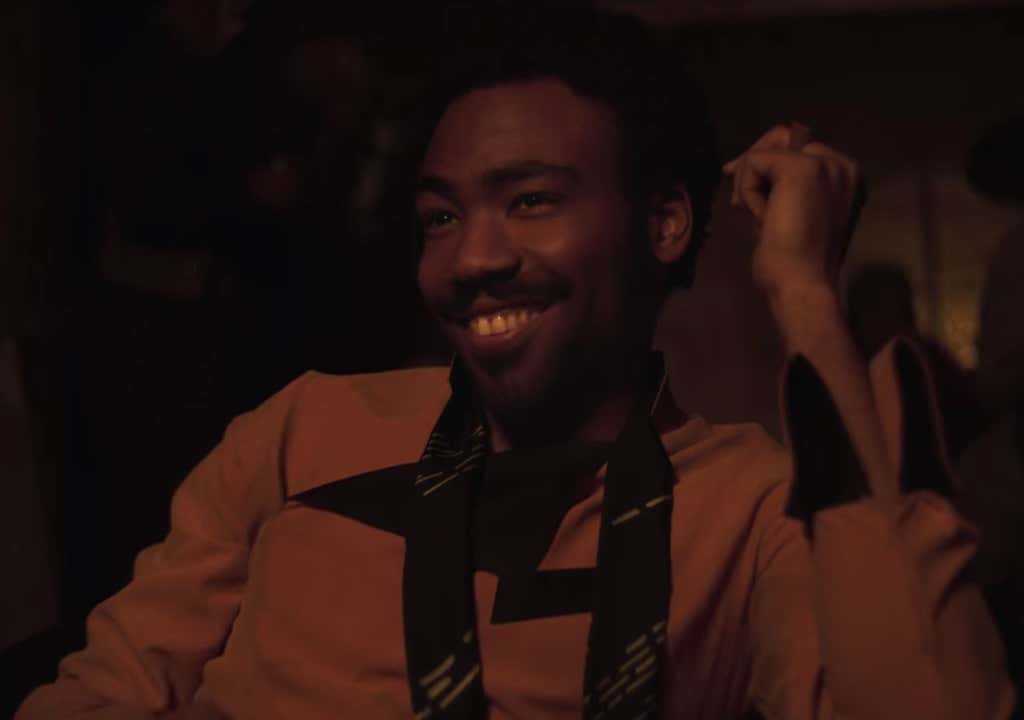 All in all, I’m very excited about the movie. Again, I didn’t like The Last Jedi. But The Evil Mouse Empire is 2-for-3 in my book when it comes to Star Wars movies and 1-for-1 in “one offs”. That has to count for something. All I am asking is please don’t beat the origin stories of those gold dice that were barely visible before The Last Jedi over our head. Oh yeah, and don’t fuck up the origin story of one of the greatest movie characters ever. Please. I beg you.

P.S. Rewatch the first 10 seconds of this trailer and try to tell me that isn’t Robbie Fox speaking.

No offense to my boy Robbie, but Han sharing a voice with him is not a good look for a character that is supposed to be the coolest guy in the galaxy.