4th and goal with time ticking down in the 1st half and the Patriots getting the ball back after halftime. Eagles fans would have taken any points on the board there. But not Dougie P. Time and time again Doug Pederson has laid his nuts on the line this season drawing up big time 4th down plays and last night was his masterpiece. Trey Burton to Nick Foles for 6 and this will forever be remembered as one of the greatest moments in Philadelphia history. And think about all the history that has gone down in this city. We’re talking since 1776 here, people.

What made this play even sweeter is that every time somebody brings up Nick Foles being the only quarterback in NFL history to have both a passing touchdown and a receiving touchdown in the same Super Bowl, you’ll always get to bring up the fact that Tom Brady missed the pass that was thrown his way. The “Philly Special” was the greatest troll playcall in the history of the NFL. Doug Pederson saw that the Patriots wanted to dick around and pull a stunt like that? He’ll see your trick play and raise you a 4th and goal for a touchdown. That was a statement play call. That was Doug Pederson letting Bill Belichick know that he’s not the guy anymore. Nick Foles catching that pass in the end zone was Nick Foles letting Tom Brady know that he’s not the guy anymore. And that was an entire city telling the New England Patriots that they’re not the team anymore.

And for everybody keeping score at home. Nick Foles now has a Pro Bowl MVP. Is the only quarterback in history to have both a passing and receiving touchdown in a Super Bowl. And now he also gets to add a Super Bowl MVP to that list. 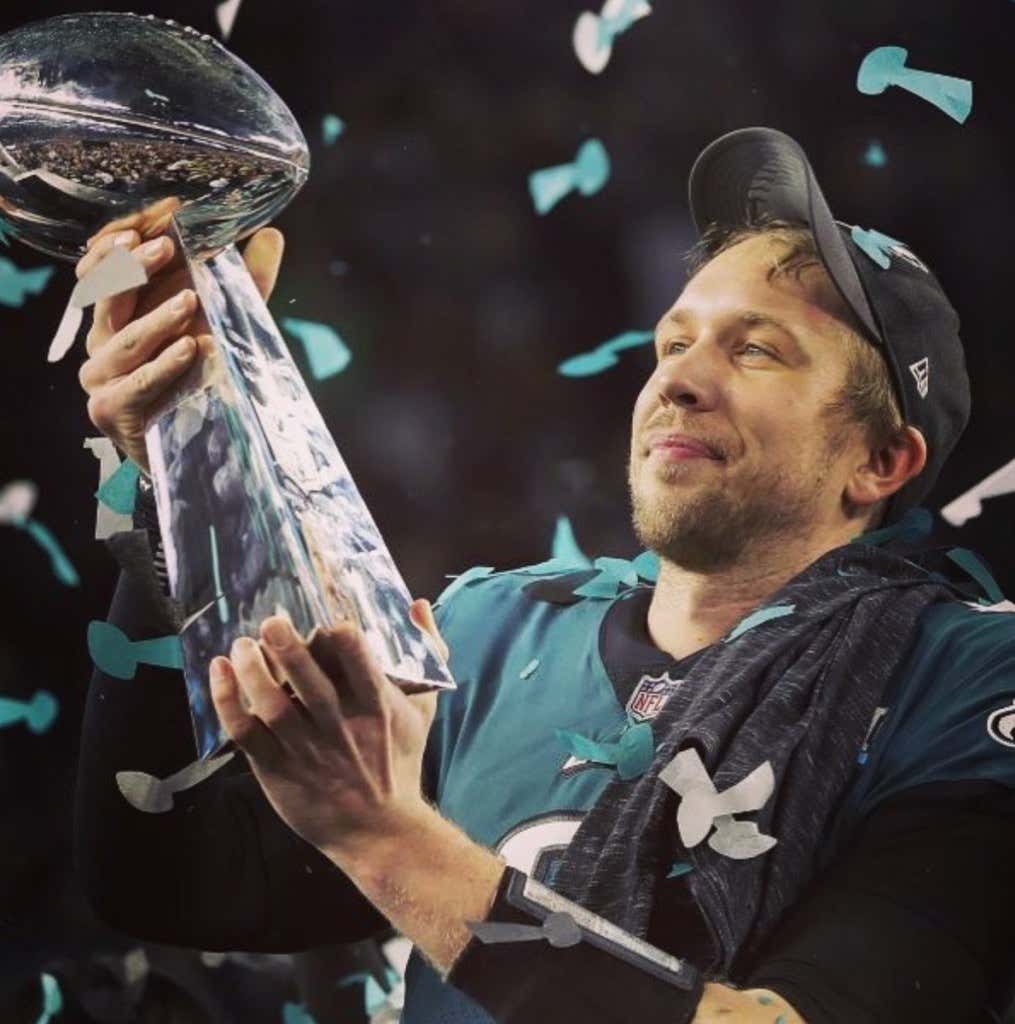 I still can’t believe this happened. It still doesn’t feel real yet. So while I try to process everything, here’s Jason Kelce with a post-championship speech of a lifetime.