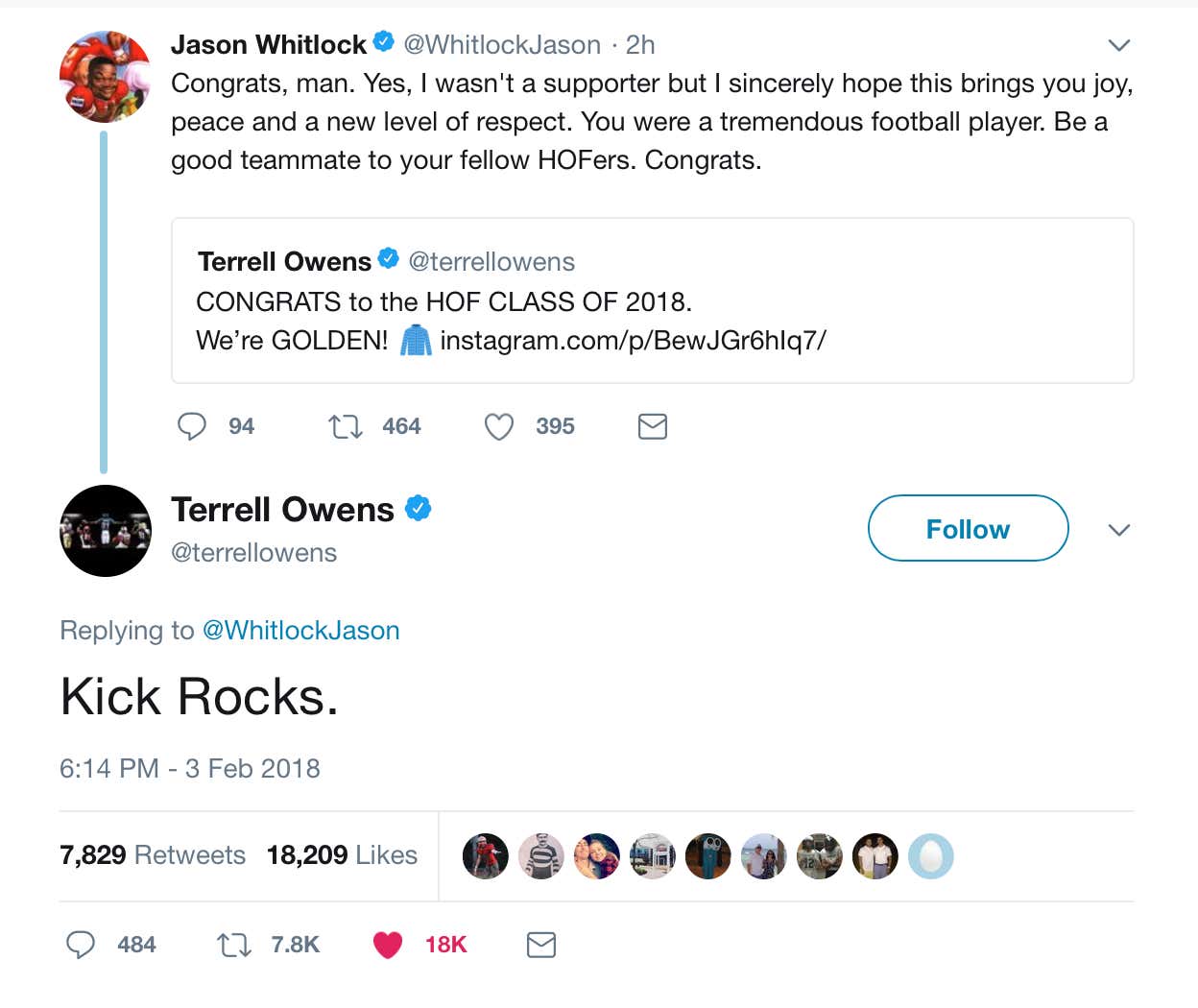 Give this man his jacket right now! Terrell Owens wasted no time going after FS1 talking head, Jason Whitlock, after getting elected to the NFL Hall Of Fame tonight. Whitlock and his fedora took shots at TO here on whatever TV show he’s on by saying Owens disrespected the Hall Of Fame by wearing a gold jacket to an interview. Gold jacket, green jacket, who gives a shit man? That’s not disrespecting the HOF. Whitlock also said in a interview this week that he would have no problem with TO not getting the call to Canton again. Sounds like Jason has some salt for Mr. Owens.

I imagine TO got the notification on his phone from Whitlock and he started drooling. He knew what he had to do. Put Whitlock right on a damn poster. Best night of TO’s life just got better because his enemy tried to play it cool with him. We all know TO is a savage and couldn’t let this go. Sheesh, I haven’t seen TO celebrate like this since that sharpie. Hey Jason Whitlock, this is what you get and deserve for ruining The Wire for me years ago. “Kick Rocks” seems like the appropriate response here from TO. Easily could have gone down a more vulgar route, but settled with a safe “Kick Rocks”, just gets right to the point with it.

You can’t tell Terrell NOTHING after he got that call today, def don’t trash him and then try and get on his good side either.

Jason, we do mind if you suggest a better headline. And no, it’s not a better story.