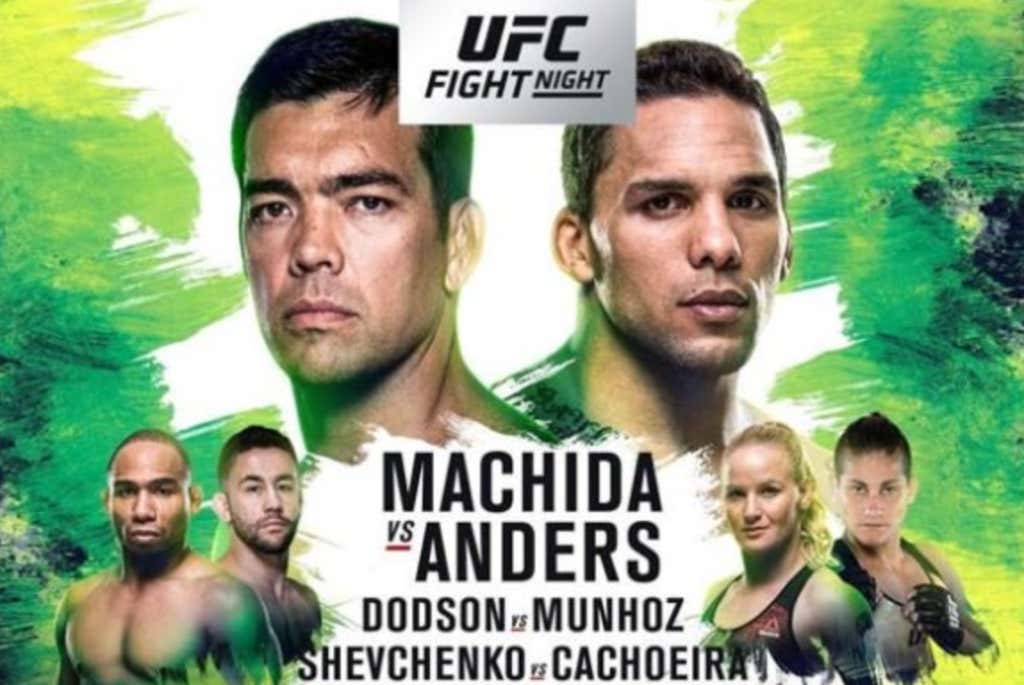 Hey everybody! Happy Super Bowl eve, especially those of you who are Patriots/Eagles fans. If you’re getting antsy about your team playing tomorrow and need something to pass the time, there’s a free UFC card on Fox Sports 1 tonight! It’s not the BEST card, mostly because in my opinion, the main and co-main events are landslide matchups, but maybe that’ll produce for some highlight reel finishes. Here’s a quick little breakdown for ya: 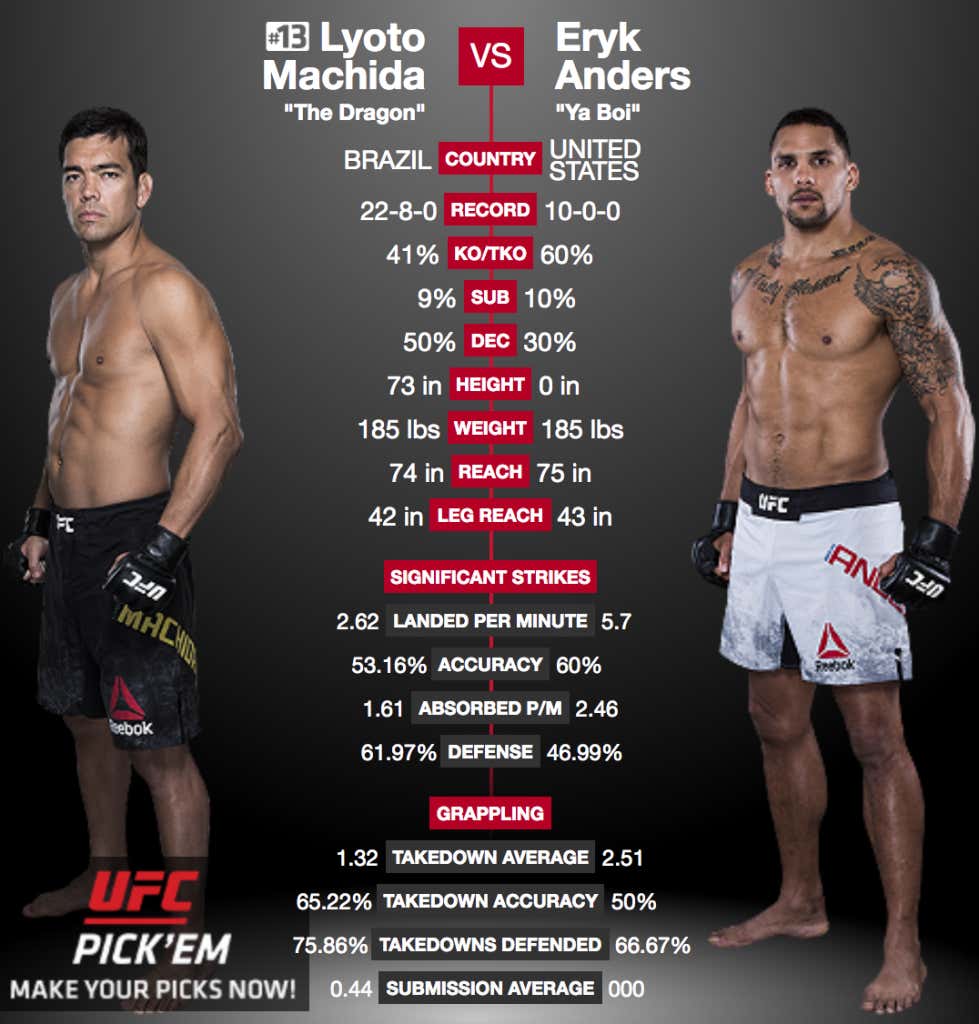 Everyone knows how much I love The Dragon. I fully bought into Machida having some miraculous career resurgence in October. I wanted nothing more than for him to return, get an awesome win under his belt, maybe two or three, and call it a career. We all know how that went…

Homeboy’s got NO chin left. Glass jaw. Eryk Anders is a horrible matchup for Machida at this point in his career and honestly, I don’t know why the UFC is letting him fight anymore. He needs to hang it up before he gets serious long term brain damage. On the flip side, Anders getting a knockout win over a legend is a nice padding to his resume, and could lead to him becoming a bit of a breakout star in the middleweight division. Ya Boi is a fantastic nickname, and I’m taking him via first round KO. 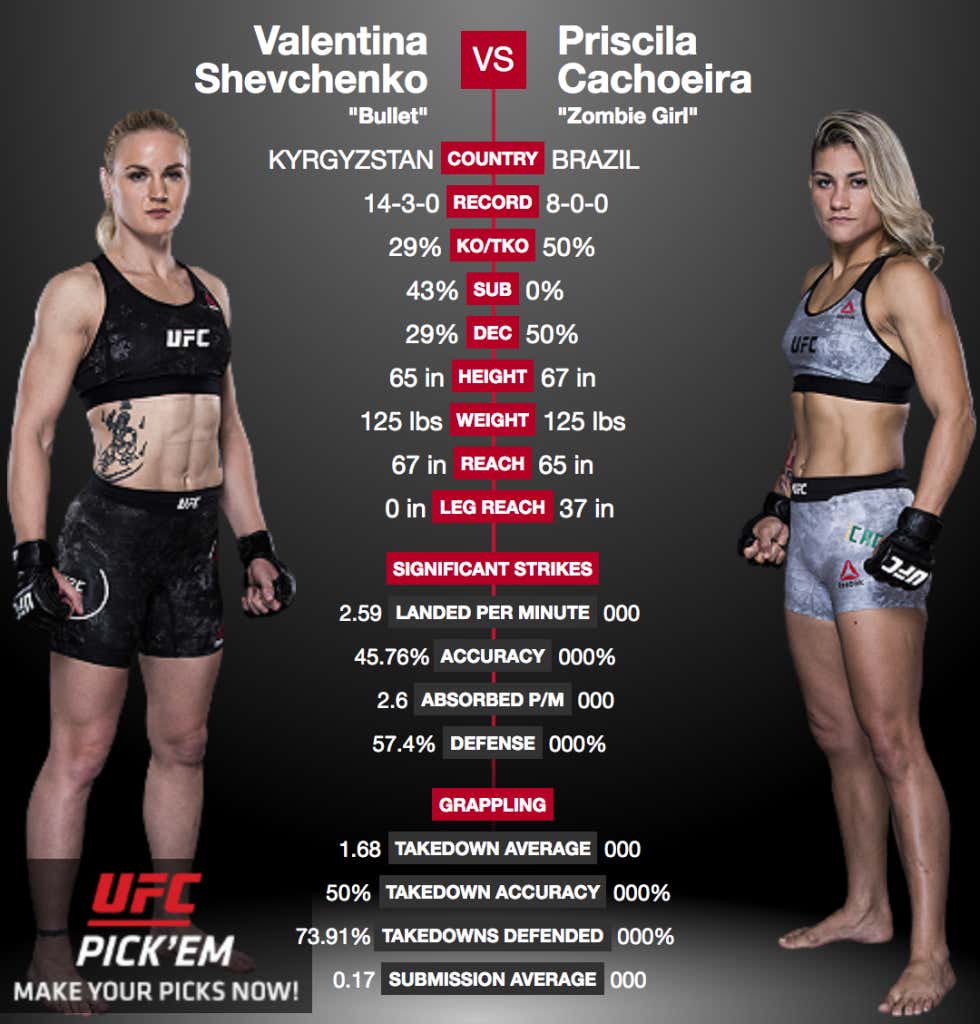 Look at those odds. I don’t know where they found this girl Cachoeira, but they’re legitimately promoting her like she’s some kind of killer that nobody will accept a fight with. I watched a few of her fights to see what she was made of and she is HORRIBLE. Looks like she belongs in the Rough N Rowdy. She’s 8-0, sure, but against fighters about as good as I’d be if I stepped into the cage. Shevchenko is arguably the crispest striker in women’s MMA right now (Joanna being the only other contender) and is going to wipe the floor with Cachoeira. It’s going to be a slaughter where the question isn’t “Who will win?”, it’s “How long will it take Valentina to win?”. No clue how or why this fight was made. I think it’ll be over in the first or second round. 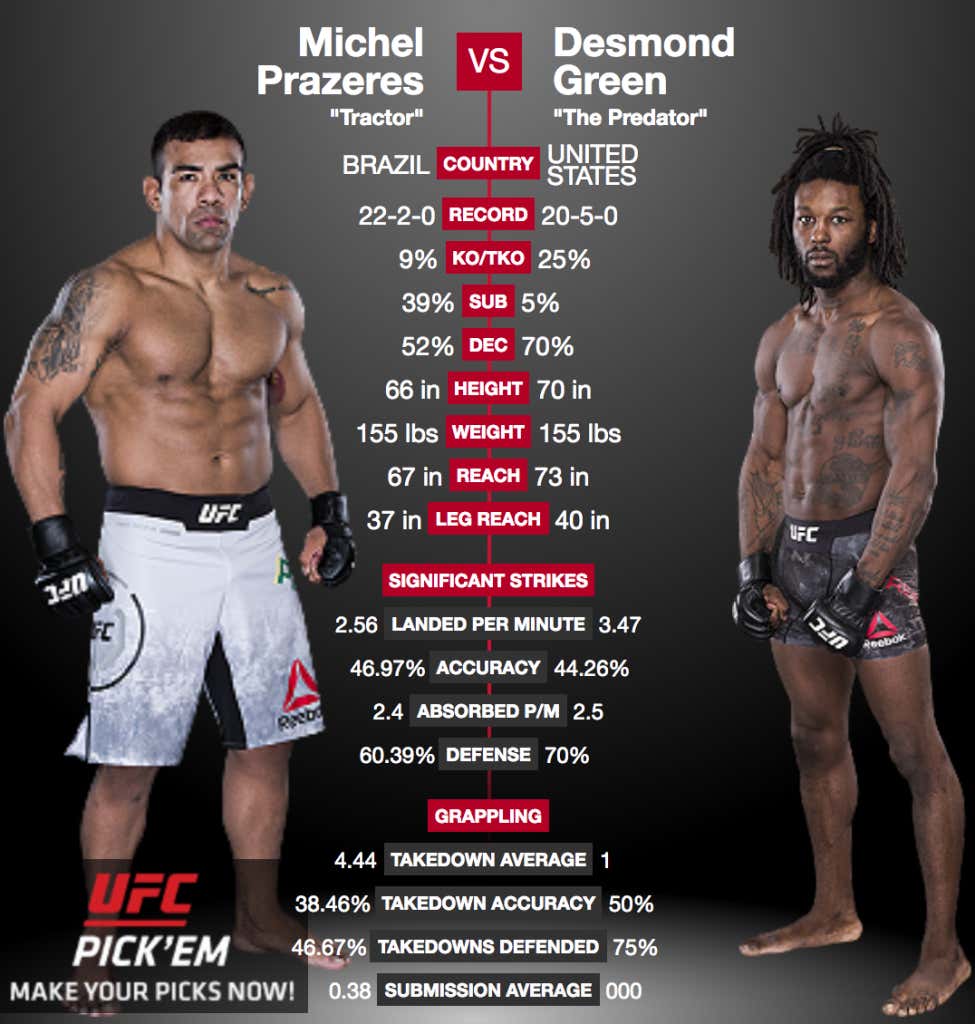 This fight has had some drama surrounding it these past two days, because Michel Prazeres missed weight by five pounds yesterday morning. Desmond Green still agreed to fight him, but Prazeres must now weigh in at under 173 pounds before entering the cage and if he doesn’t, Green could turn this fight down. Prazeres will also surrender 20% of his purse to show and be forced to move up to Welterweight in his next fight because this is the third time he’s missed weight with the UFC. I really enjoy picking against fighters who unprofessionally miss weight (and with Tractor hitting the hat trick here, it’s VERY unprofessional), so I’m riding with the underdog in this one, but my brain tells me not to. Desmond Green hasn’t necessarily looked all that great in his short UFC career, winning a split decision over Josh Emmett and losing a unanimous decision against Rustam Khabilov in bouts both taking place last year. Prazeres is coming off TWO submission victories via North-South chokes and won his last 7 out of 8, losing only to Kevin Lee. This should be a good one.

John Dodson was supposed to fight Pedro Munhoz on this card as well, but Pedro missed weight by four pounds and the fight was scratched. Originally Dodson was told he’s receive no money, not even his money to show, because of the cancellation, but there was a huge outcry from EVERYONE who realized you can’t do that to a fighter who paid for a camp, traveled to Brazil, and cut weight for a fight. He’ll now be receiving “a portion” of his show money, whatever that means.

Enjoy the fights everybody!