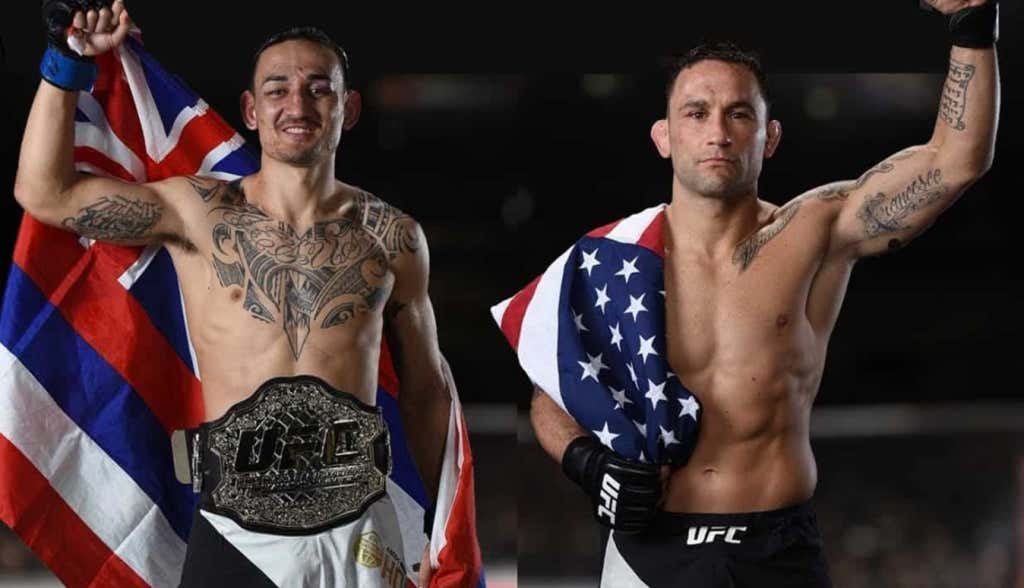 MMAFighting- The UFC’s big card in just four weeks is now without a headliner. Max Holloway is injured and out of his featherweight title defense against Frankie Edgar, which was scheduled to be the main event of UFC 222 on March 3 in Las Vegas, MMA Fighting’s Ariel Helwani confirmed with sources Saturday morning. ESPN was the first to report the news.

The UFC is currently trying to find a new main event to take its place. Sources told Helwani that Holloway sustained a leg injury in training, leading to the withdrawal.

This will be the second time in just a few months that Holloway vs. Edgar was scheduled and then fell through. Holloway was supposed to defend the featherweight title against the former lightweight champ at UFC 218 in December, but Edgar was forced to pull out with an injury.

God dammit. Is this why we can’t we have nice things? Because every time we get excited for an awesome fight an x-factor cancels it? In November, we were all stoked to see what a fantastic wrestler could put up against the Featherweight Champ, and it got called off due to a Frankie Edgar injury. Then, we saw Holloway dismantle Aldo once again in it’s place, and the original fight was rescheduled! Hooray!

Cancellations like this are one of the biggest pitfalls of being a combat sports fan. No other sports have major matchups pulled quite like this, and it’s exhausting. Imagine if tomorrow they just called the Super Bowl off because the Eagles were hurt. Sorry guys, maybe one day we’ll reschedule! Take the Vikings vs Jags third place matchup in it’s place and also pay us $64.99 for it!

I mean, seriously, look at how horrendous the rest of the card for UFC 222 is: 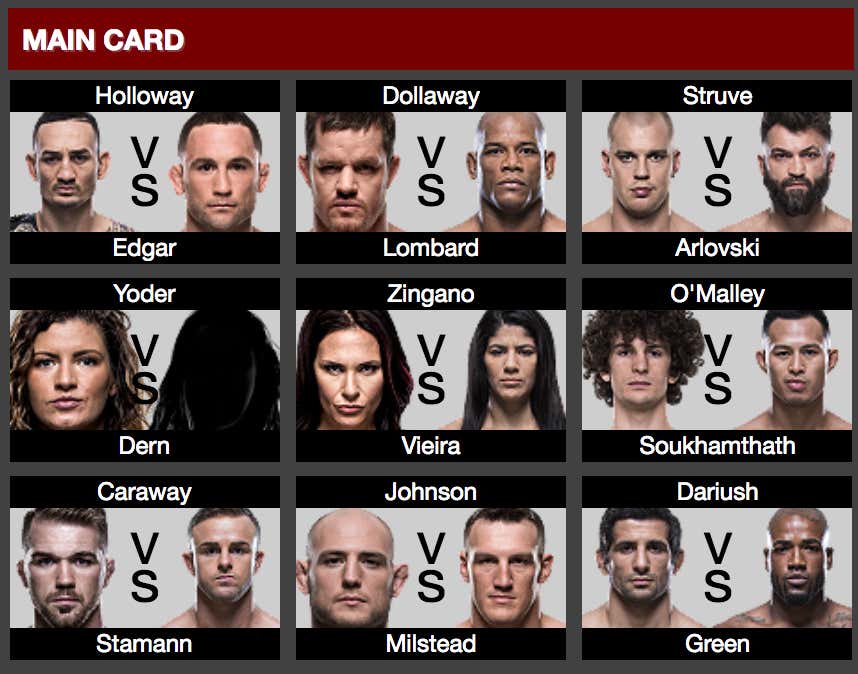 On paper, it’s genuinely a one fight card, and a ton of UFC cards this year have that same issue. There’s exceptions, of course, like the rumored triple-weight-class-defying card planned for International Fight Week, and UFC 223 (featuring Ferguson vs Khabib and Namajunas vs Jedrzejczyk 2), but for the ones that do have a main event and nothing underneath it, this is what could happen. Be weary, UFC.

They better come up with something huge in its place or this thing’s gonna be put on Fox Sports 1 in an instant.

I’ll have a little preview for tonight’s card later on.