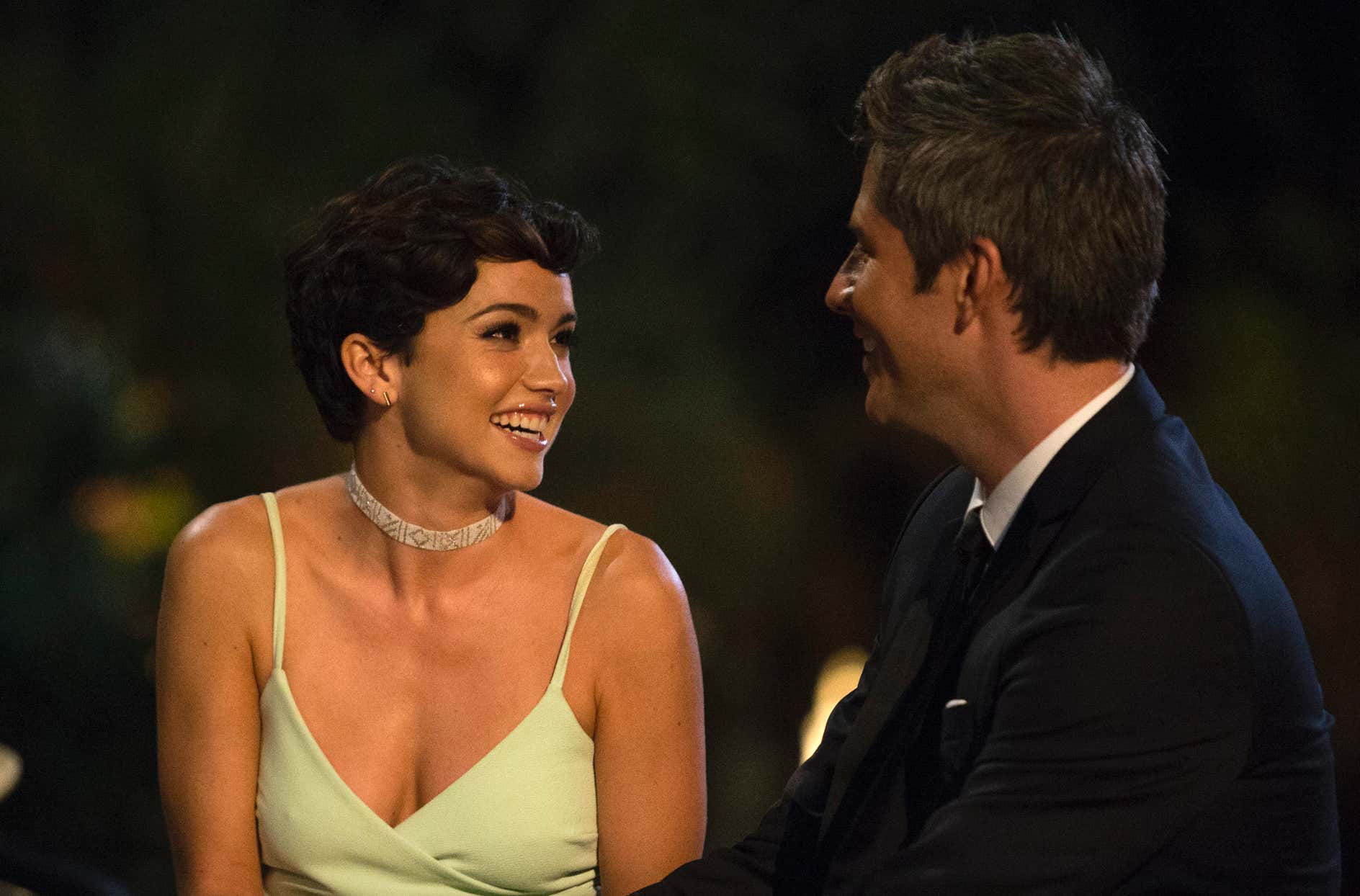 North Coast Journal- It turns out Rebekah Martinez is not missing at all. Quite the contrary, actually, she’s on a popular nationally televised show: The Bachelor, which you might have heard of. When posting this week’s cover story to Facebook, we asked if any of our readers recognized any of the 35 people currently listed as missing from Humboldt County on the California Department of Justice’s website. Astute readers said, yes, they definitely did and pointed to Martinez, who appears to be a burgeoning reality television star. (Hat tip to you, Amy Bonner O’Brien!) After some googling returned some Instagram images that appeared very similar to Martinez’s photo on the missing persons page, we reached out to the Humboldt County Sheriff’s Office. That prompted an email from Public Information Officer Samantha Karges to the deputy who initially took Martinez’s missing persons report, noting the similarity in images and asking if Martinez was still listed as missing.

Ten minutes later, the deputy emailed Karges back: “I just got off the phone with Rebekah. She is in fact the same person. She has been removed from (the Missing and Unidentified Persons Unit).” Responding to some follow up questions, Karges told the Journal via email that Martinez was reported missing at 1:06 a.m. on Nov. 18 by her mother. “Martinez had reportedly come to Humboldt County to work on a marijuana farm. Her mother hadn’t heard from her since Nov. 12, 2017,” Karges wrote.

What a bizarre story. Talk about hiding in plain sight. How do you stay hidden while on the DOJ’s Missing Persons List? Well apparently you go on an ABC show that’s watched by MILLIONS of people every single week. Not to mention we’re like 5 weeks into this season. Kinda unreal it took so long for someone to be like, “Hey she looks familiar.” Although it doesn’t sound like she was really missing? It sounds like Bekah was “missing: because she ran away from home to go work on a marijuana farm in California. Wild stuff. And just when I thought I couldn’t love Bekah anymore than I already do, she goes and does something like this. Before this Bekah was the quirky, Betty Boop-looking 22-year-old who was very mature for her age. I liked her with that information alone. But now that I know she’s a wildcard hippy who is liable to up and run away at a moment’s notice, I’m even more in love. Not exactly the type Arie (or anyone) is looking to marry but exciting nonetheless.

To be honest, in my head, this is what every late-teens, early-20s person does in California. They buck convention, run away from their parents and decide to go work on a marijuana farm for a few years. It’s like a rite of passage. Bekah just also happens to be on a very popular show vying for the heart of a guy 14 years her senior. Normal stuff all the way around.