In one the strangest, most bizarre ideas ever the Atlanta Hawks decided to give Dwight Howard (Atlanta native) a tribute video despite only playing there one year. I didn’t see this covered on the blog yesterday, but when I saw this on TNT last night my jaw dropped. Dwight played one season averaging 13.5 points and 12.7 rebounds a game while the Hawks finished 5th in the East and then lost in the first round of the playoffs to the Wizards. Literally nothing special at all. I could see if he had a monster season and they made a deep run in the playoffs then maybe, but if that were the case he’d probably still be on the team. A tribute video after one season is insane. We’re having debates about Isaiah Thomas getting a tribute video and he spent three seasons giving his complete all to an organization, meanwhile Dwight gets one for doing nothing. There were three total basketball highlights in that video. Then again, it’s the only team he hasn’t ruined the locker room for but that’s in part because the team is so irrelevant there was really no damage he could cause.

Gotta love the TNT Crew dying laughing at this. Shaq and Chuck can’t contain themselves. It’s so fucking ridiculous and they know it. Classic EJ trying to bring some reasoning to the group and they won’t have any of it. 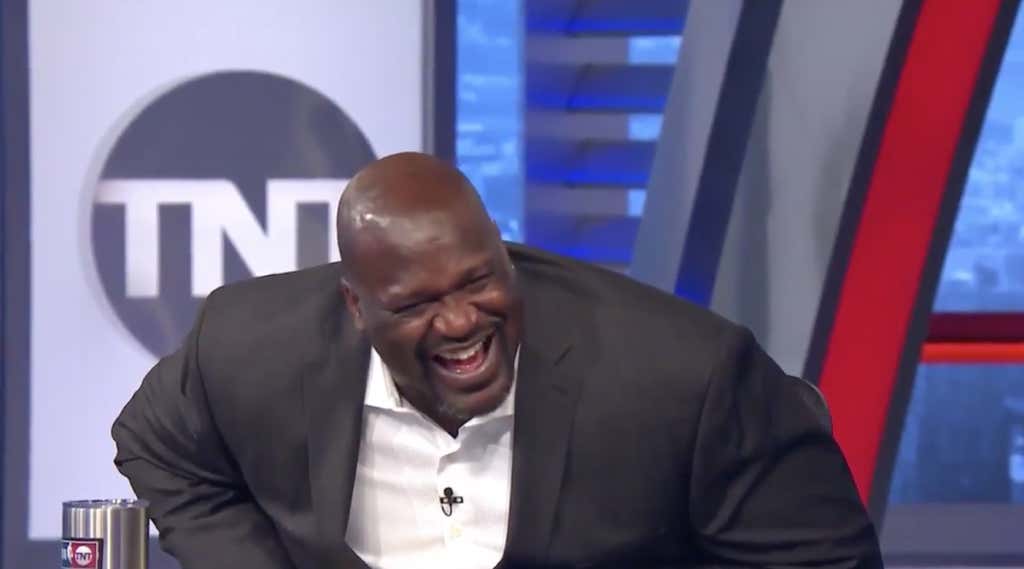 That’s Atlanta sports man. I’ve said it once, I’ll say it 1000 times it’s the worst sports city in America. They have to constantly pump in crowd noise to make it seem like they have fans, they do a tomahawk chant at baseball games to deceive the viewing audience that the stadium is packed, and now they do tribute videos for nobodies because they have no deserving athletes to say thank you to. Atlanta is a joke.