What makes the NBA so great is that there’s barely any distance between the court and the fans, no barriers, so watching a big game, the players are virtually surrounded by fans and the energy is palpable, and if you’re a (very rich) fan you can sit basically on the floor.

What makes the NBA kind of dangerous is that there’s barely any distance between the court and the fans, no barriers.

Luckily this guy just came out to yell, but how do you know what his intentions are?  What if he just took a surprise swing?  Russ is pretty tough but this dude looks like he does not play around with his punches. 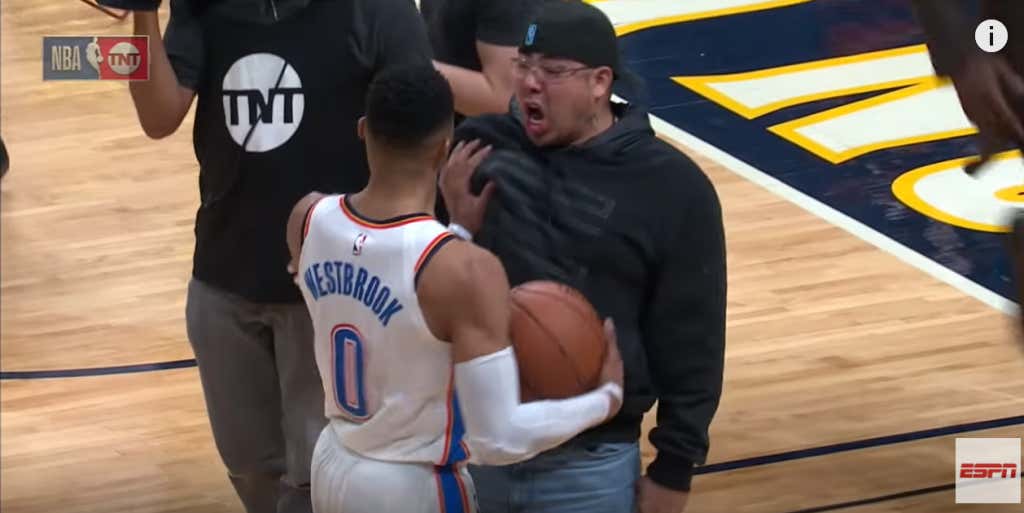 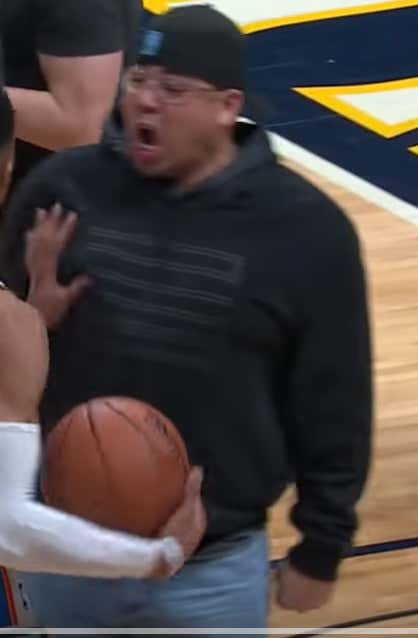 Russ is right – kind of unacceptable job by security there.

Asked whether he felt that shoving the fan was the only way for him to protect himself, Westbrook responded, “Of course.”

“You gotta be able to protect the players, man,” he said. “The fans are obviously there to enjoy the game, but they can’t come onto the floor. That’s totally unacceptable.

“They’ll look at it and figure out what’s the best way to deal with it, but to me, that’s just totally unacceptable.” [ESPN]