Bwahaha! Get a load of this fool. This dancing, geriatric buffoon.

I mean, look at Thomas Dimitroff in that GIF. Acting like he’s been there before. Because he has. While Blank was making ass out of himself. And now he’s got a hair across his wrinkled ass because Mr. Kraft chose to immortalize the greatest comeback in history in precious gems?

Has Arthur Blank never heard of “To the victor goes the spoils?” Win and you get to decide how you celebrate. Japan didn’t get to tell U.S. sailors they couldn’t make out with strangers in Times Square. Bleacher Report doesn’t get to tell us to stop burying them with our superior content and $100 million valuation. When Arthur Blank was running Home Depot and losing his market share to Lowe’s, he didn’t get to dictate what kind of bonuses they gave out. And he sure as hell has no right to complain that Mr. Kraft wants the men who pulled off that comeback to be honored with diamonds.

That said, he should be “pissed off.” At Dan Quinn for gagging in the moment. At Kyle Shanahan for throwing the ball when three runs and a field goal would have sealed the game. At his defense for not being able to get off the field. At DeVonta Freeman for missing the block on Dont’a Hightower. At himself for going down to the field with his trophy wife way too soon. At fate. God. Buddha. Allah. The universe. At anybody except the man who honored his players and coaches the way they deserved to be honored. Not that it matters. Lions do not care about the opinions of sheep. 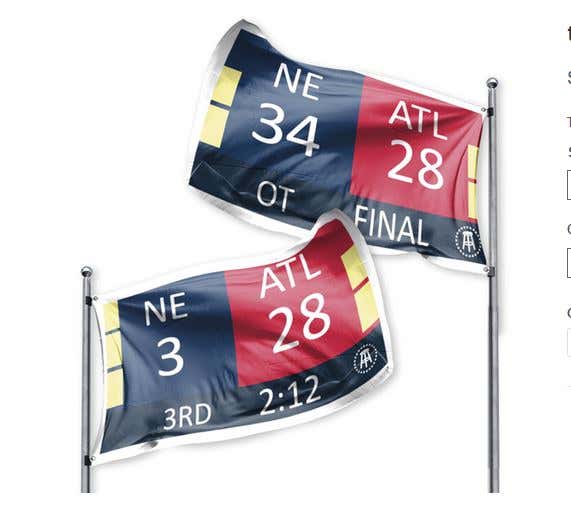